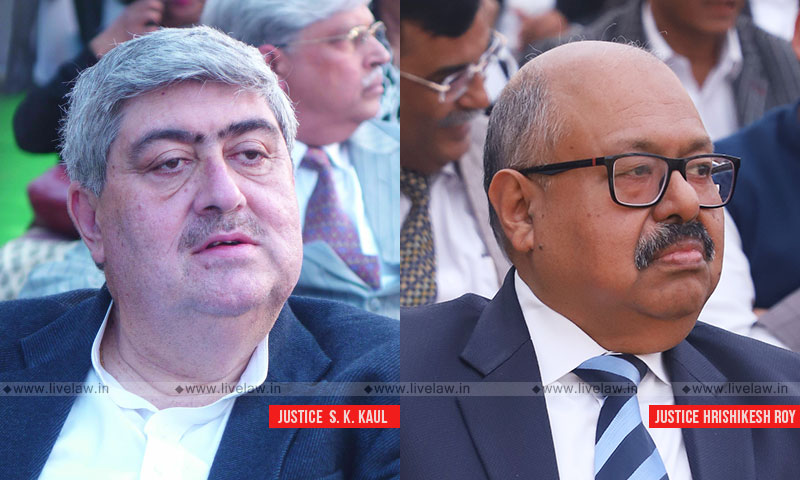 The Supreme Court has 'reminded' the High Courts that delay in delivery of judgments is violation of Right to Life under Article 21 of the Constitution of India."Judicial discipline requires promptness in delivery of judgments – an aspect repeatedly emphasized by this Court. The problem is compounded where the result is known but not the reasons. This deprives any aggrieved party of...

The Supreme Court has 'reminded' the High Courts that delay in delivery of judgments is violation of Right to Life under Article 21 of the Constitution of India.

"Judicial discipline requires promptness in delivery of judgments – an aspect repeatedly emphasized by this Court. The problem is compounded where the result is known but not the reasons. This deprives any aggrieved party of the opportunity to seek further judicial redressal in the next tier of judicial scrutiny." the bench comprising Justices Sanjay Kishan Kaul and Hrishikesh Roy observed while considering an appeal filed against an order passed by Aurangabad bench of the Bombay High Court. The order, the court noted, was pronounced on 21.01.2020 being only the operative portion, and the reasons were published on 09.10.2020 after about 9 months.

The Court noted that, in State of Punjab & Ors. v. Jagdev Singh Talwandi - 1984 (1) SCC 596, the Supreme Court had highlighted the serious difficulties which were caused on account of a practice which was increasingly being adopted by several High Courts, that of pronouncing the final orders without a reasoned judgment. In Anil Rai v. State of Bihar - 2001 (7) SCC 318  some guidelines regarding the pronouncement of judgments were also issued, the court said. It said that normally the judgment is expected within two months of the conclusion of the arguments, and on expiry of three months any of the parties can file an application in the High Court with prayer for early judgment. If, for any reason, no judgment is pronounced for six months, any of the parties is entitled to move an application before the then Chief Justice of the High Court with a prayer to re-assign the case before another Bench for fresh arguments, the court added. Justice Kaul observed:

"We must note with regret that the counsel extended through various judicial pronouncements including the one referred to aforesaid appear to have been ignored, more importantly where oral orders are pronounced. In case of such orders, it is expected that they are either dictated in the Court or at least must follow immediately thereafter, to facilitate any aggrieved party to seek redressal from the higher Court. The delay in delivery of judgments has been observed to be a violation of Article 21 of the Constitution of India in Anil Rai's case (supra) and as stated aforesaid, the problem gets aggravated when the operative portion is made available early and the reasons follow much later."

The bench also directed circulation of the copy of this order to all High Courts observing that as a 'reminder'. Recently a number of such orders have come to our notice, the court said. While setting aside the order of the High Court, the bench observed:

"It cannot be countenanced that between the date of the operative portion of the order and the reasons disclosed, there is a hiatus period of nine months!  This is much more than what has been observed to be the maximum time period for even pronouncement of reserved judgment as per Anil Rai's case (supra).The appellant undoubtedly being the aggrieved party and prejudiced by the impugned order is unable to avail of the legal remedy of approaching this Court where reasons can be scrutinized. It really amounts to defeating the rights of the appellant to challenge the impugned order on merits and even the succeeding party is unable to obtain the fruits of success of the litigation."