A Lawyer Is Barred From Appearing Only Before A Court Where His Relative Is A Presiding Judge, Not Before Entire Court: Delhi HC 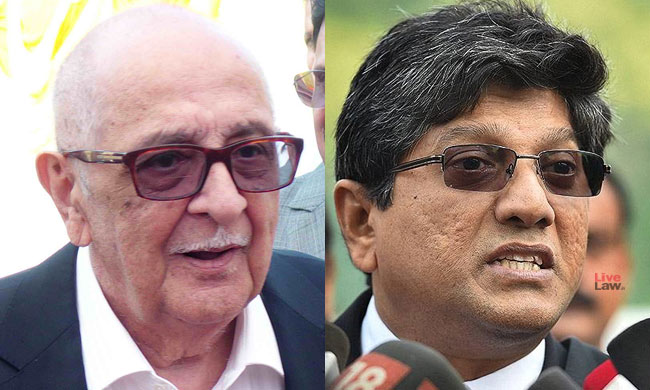 "The explanation and the meaning of the word “Court” clearly stipulate that it does not mean the entire Court but only refers to a particular Court where relative of a lawyer is a Presiding Judge."

The bench comprising Chief Justice Rajendra Menon and Justice V. Kameswar Rao observed that a lawyer is only barred from appearing before a particular Court where relative of a lawyer is a Presiding Judge, and not before the 'entire court'. In other words, the bench meant that, the Senior Advocate is not barred from appearing before the Supreme Court, only because his son, Justice Rohinton Fali Nariman happens to be a judge there.

Advocate Nedumpara's contention was that the word 'court' used in Rule 6 of the Bar Council of India Rules, 1975, should mean "not only the particular Court where the relative of a lawyer is a Presiding Judge but it should extend to the entire Court where the relative is a Judge." Apart from seeking 'disqualification' of Senior Advocate Fali S Nariman, Advocate Nedumpara had also sought for a direction to the Collegium Members of the Supreme Court and the Government of India to take appropriate steps to secure transfer of the Judges of High Courts, where their kith and kin practice as lawyers, to some other High Court. "Allowing the kith and kin of sitting Judges to practice in the very Court where his father or uncle is a Judge cuts the concepts of fairness, independence and impartiality in the administration of justice at their very root, namely, justice should not only be done, but should manifestly and undoubtedly be seen to be done;", he said in his writ petition.

Court Does Not Mean 'Entire' Court

The bench noted that the explanation and the meaning of the word "Court" clearly stipulate that it does not mean the entire Court but only refers to a particular Court where relative of a lawyer is a Presiding Judge.The court said:

"According to the petitioner, this explanation indicates the absolute concept of nemo debet esse judex in propria causa and therefore the declaration should be given to bring within the ambit of the word "Court" the entire Court where the relative of a lawyer is a Judge. In our considered view, the law does not permit us to do so… If the provisions of Rule 6 and the explanation contained thereto as appearing in the statutory rules are taken note of, it clearly explains the ambit and import of the word "Court" used therein and if the contention of the petitioner is to be accepted, we would be re-writing the statute in a manner which would run contrary to the legislative intent and this, in our considered view, is not permissible in law."

Once meaning of the word "Court" used in the rule has been explained by the rule maker in a particular manner, its explanation in a manner to give it a totally different meaning would be inconsistent to and contrary to the principles of law and the principles governing interpretation of statutes, the bench said while dismissing the plea.