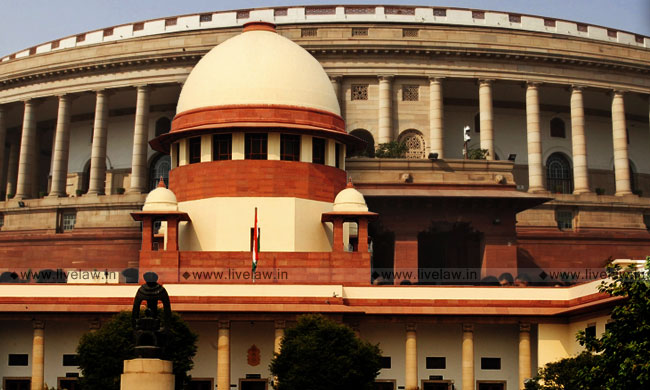 x
The PIL says that the economic criteria cannot be a base for reservation, and that the amendment breaches the 50% upper cap fixed by SC.

Within hours of the Parliament passing the Constitution(103rd) Amendment Act, which makes provisions for giving reservation to economically weaker sections in public employment and higher education, a petition has been filed in the Supreme Court challenging it.The petition is filed by "Youth For Equality", an NGO, contending that the amendment, violates the "basic structure" of the...

Within hours of the Parliament passing the Constitution(103rd) Amendment Act, which makes provisions for giving reservation to economically weaker sections in public employment and higher education, a petition has been filed in the Supreme Court challenging it.

The petition is filed by "Youth For Equality", an NGO, contending that the amendment, violates the "basic structure" of the Constitution.

Referring to the nine judges bench decision of the Supreme Court in Indira Sawhney case(1992), the petition states that reservation cannot be given on the basis of economic criteria.

"The above Constitution Amendment completely violates the Constitutional norm that economic criterion cannot be the only basis of reservation as has been laid down by the 9 judges in Indira Sawhney, without removing the basis of the judgement", the petition contends

It further states that the amendment, which makes room for providing quota up to 10% to economically weaker sections in addition to the existing reservations, breaches the 50% cap set by Supreme Court in the Indira Sawhney case.

The other ground of challenge is that the amendment confines the benefit of economic reservation only to general category candidates.

"By way of the present amendments, the exclusion of the OBCs and the SCs/STs from the scope of the economic reservation essentially implies that only those who are poor from the general categories would avail the benefits of the quotas. Taken together with the fact that the high creamy layer limit of Rs.8 lakh per annum ensures that the elite in the OBCs and SCs/STs capture the reservation benefits repeatedly, the poor sections of these categories remain completely deprived. This is an overwhelming violation of the basic feature of equality enshrined in Article 14 of the Constitution and elsewhere", states the petition.

The amendment is also unsustainable as it imposes reservation in private unaided educational institutions, contrary to the SC judgments in TMA Pai and PA Inamdar cases, states the petition further.

The amendment was carried out in record pace, with the cabinet approving the bill on Tuesday, Lok Sabha passing it on Wednesday, and Rajya Sabha clearing it yesterday.