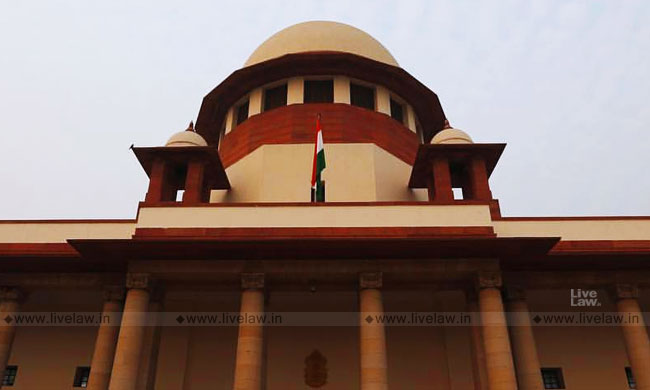 A Public Interest Litigation (PIL) has been filed in the Supreme Court of India challenging Section 11 of The Representation of the People Act, 1951 (RPA), on the grounds that it arrogates excessive delegation of unbridled powers to the Election Commission of India (ECI), and is arbitrary and irrational, thereby violating Article 14 of the Constitution of India.

The PIL, filed by BJP leader and Delhi-based lawyer, Ashwini Kumar Upadhyay, contends that, "Section 11 of the Representation of the People Act, 1951, not only offends the sacred principle of clean democracy, but also free and fair election, by permitting criminals to enter/return to the electoral fray after a specified period of time. It bestows on the Election Commission uncontrolled power to annul the statutory prescribed disqualification."

The petition stems from the instance wherein Prem Singh Tamang was convicted for corruption on 28.12.2016. The Sikkim High Court, as well as the Supreme Court of India had upheld the conviction on the dates 28.06.2016 and 10.11.2017 respectively. However, on the submission of an application by Prem Singh Tamang to the ECI under Section 11 for the reduction of the period of disqualification, the same was granted by the authority on 29.09.2019.

As per the petition, "The injury caused to the public is large. Public servants are terminated from their services if convicted and sentenced to imprisonment even for 2 days. But, Section 11 of the RPA empowers the ECI to reduce the disqualification even if person is convicted and sentenced to imprisonment for 20 months, hence, it is manifestly arbitrary, irrational & violative of Article 14 of the Constitution."

The crux of the issue arises from the Parliament's monopoly on the power to determine grounds for disqualification, and thereby this power cannot be delegated on any other organ or constitutional machinery. Additionally, Article 324 vests in the ECI the power of "superintendence, direction and control of elections", and this provision does not mention arrogate to the ECI the power to take decisions regarding disqualification. Articles 103 and 192 also merely call for the opinion of the ECI to be rendered to the President and the Governor respectively, regarding any matters pertaining to the disqualification.

The petition goes on to seek "judicial redress against an irrational regime of tolerance for convicted legislators vide Section 11…Public servants, viz. District Magistrate, District Judge and Police Officers etc. are terminated from their services, if they are convicted and sentenced to imprisonment even for two days. But the Legislators, who are not only a 'Public Servant', as defined under the Prevention of Corruption Act, 1988, but also the 'Law Maker', are not disqualified, even if they are convicted for an offence and sentenced to imprisonment for twenty months, due to the operation of Section 8(3) RPA, 1951".