Ex-Parte Decree Against Minor Not Represented By A Duly Appointed Guardian A Nullity : Supreme Court 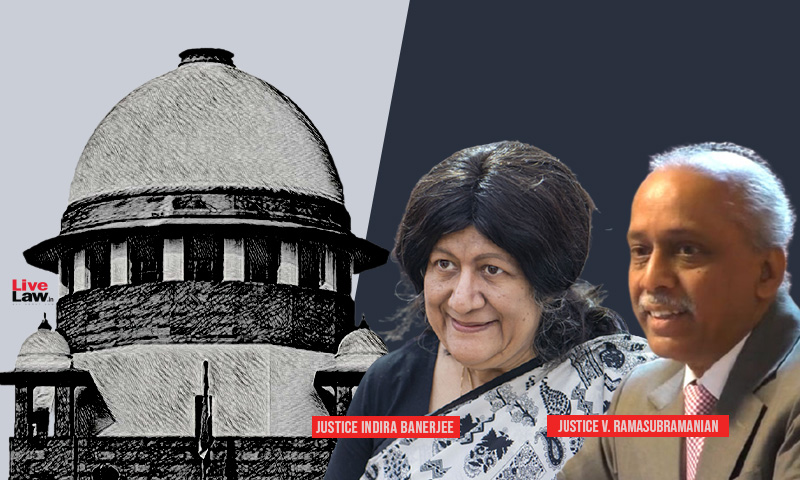 The Supreme Court has upheld a judgment of the Madras High Court which held that an ex-parte decree passed against a minor not represented by a guardian who is duly appointed is a nullity.A bench comprising Justices Indira Banerjee and V Ramasubramanian was considering an appeal filed against the High Court judgment, which had set aside the ex-parte decree passed against a minor on the...

The Supreme Court has upheld a judgment of the Madras High Court which held that an ex-parte decree passed against a minor not represented by a guardian who is duly appointed is a nullity.

A bench comprising Justices Indira Banerjee and V Ramasubramanian was considering an appeal filed against the High Court judgment, which had set aside the ex-parte decree passed against a minor on the ground that he was not represented by a guardian appointed in terms of procedure contemplated under Order XXXII, Rule 3 of the Code of Civil Procedure.

The High Court was dealing with a revision petition filed under Section 115 CPC against the refusal of the trial court to set-aside the ex-partee decree, passed in a suit seeking specific performance of a sale agreement. The trial court dismissed the application to set aside the ex-parte decree on the ground of unexplained delay of 862 days in preferring the application. One of the defendants in the suit was a minor.

While considering the revision, the High Court had summoned the records to ascertain if the guardian was duly appointed as per procedure. On finding that there was no proper appointment of guardian, the High Court set aside the ex-parte decree as a nullity, without going into the question of adequacy of reasons for delay.

(i) that the High Court ought not to have set aside an ex­parte decree, in a revision petition arising out of an application under Section 5 of the Limitation Act, 1963;

(iii) that it was not even one of the grounds raised or points argued by the respondents­ herein in their revision petition before the High Court either that the procedure prescribed under Order XXXII, Rule3 of the Code was not followed or that a grave prejudice or injustice has been caused to the defendant/minor, on account of the failure,if any, on the part of the trial Court.

Mr. R. Balasubramanian, senior counsel appearing for the respondents contended in response, that the revisional jurisdiction of the High Court under Article 227 are wider in nature and that when the High Court finds that the trial Court has not taken care of the interest of the minor who was a party to the proceeding, by following the procedure prescribed by law, the High Court cannot shut its eyes on the basis of technicalities.

Refusing to accept the arguments of the appellant, the Supreme Court observed that the Court cannot be negligent even if the party was negligent and the Court has to ensure that proper procedure was followed.

"The manner in which the trial Court disposed of the application under Order XXXII, Rule 3, is without doubt, improper and cannot at all be sustained, especially in the teeth of the Madras Amendment", the judgment authored by Justice Ramasubramanian observed.

The Supreme Court also refused to accept the argument that the High Court could not have set aside the decree invoking Article 227 while hearing a revision application under Section 115 CPC.

"It is too well settled that the powers of the High Court under Article 227 are in addition to and wider than the powers under Section 115 of the Code. In Surya Dev Rai vs. Ram Chander Rai and Others2, this Court went as far as to hold that even certiorari under Article 226 can b eissued for correcting gross errors of jurisdiction of a subordinate Court. But the correctness of the said view in so far as it related to Article 226, was doubted by another Bench, which resulted in a reference to a three member Bench. In Radhey Shyam & Anr. vs.Chhabi Nath & Others3, the three member Bench, even while overruling Surya Dev Rai (supra)on the question of jurisdiction under Article 226, pointed out that the jurisdiction under Article 227 is distinguishable. Therefore, we do not agree with the contention that the High Court committed an error of jurisdiction in invoking Article 227 and setting aside the ex­parte decree", the judgment said.

The Court also held that the failure to appoint guardian ipso facto will result in prejudice to the minor and it need not be specially established. Further, the Supreme Court agreed with the High Court's view that the decree as a whole required to be set aside and not merely against the minor defendant.

"...we find no illegality in the order of the High Court warranting our interference under Article 136. Hence, this Special Leave Petition is dismissed", the Court said in conclusion.

Title : KP Natarajan and another vs Muthalammal and others