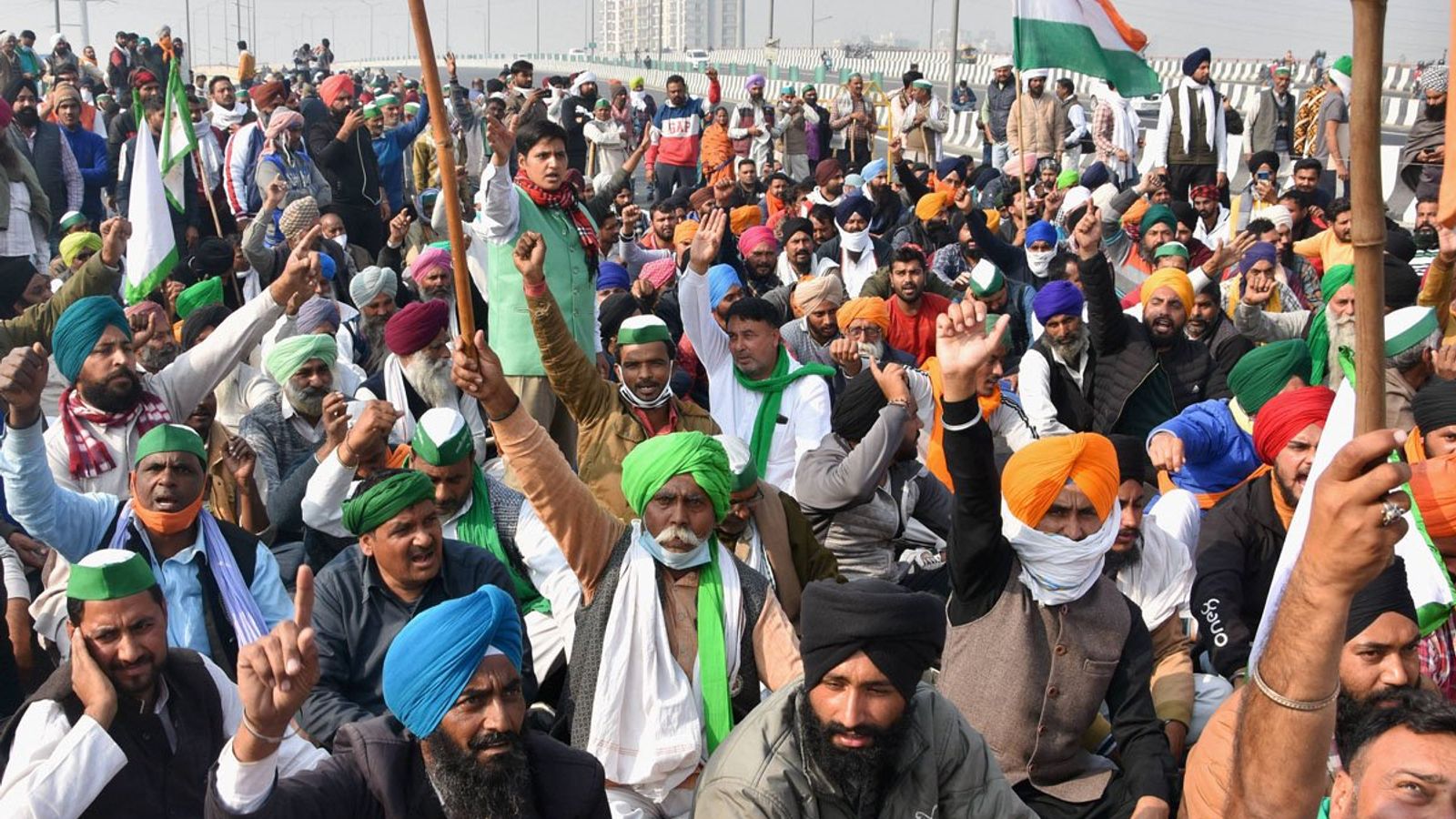 The 10th round of talks between agitating farmer unions and the government over the issue of contentious Farm Laws today got over without any concrete results as the 'Delhi Chalo' farmers' agitation has entered the 56th day today. As reported by Money Control, today, in the first half of the meeting, the farm leaders raised the issue of NIA notices being issued to various union leaders....

The 10th round of talks between agitating farmer unions and the government over the issue of contentious Farm Laws today got over without any concrete results as the 'Delhi Chalo' farmers' agitation has entered the 56th day today.

As reported by Money Control, today, in the first half of the meeting, the farm leaders raised the issue of NIA notices being issued to various union leaders. In response to this, the government sought the list of union leaders who have been served notice by the National Investigation Agency (NIA).

Govt proposed to submit affidavit in SC for suspending three farm laws for a mutually-agreed period and set up a committee: Union leaders [PTI]#FarmLaws #FarmersProtest

As reported by PTI, the Agriculture Minister, Narendra Singh Tomar today told the farmer unions that Central Government is ready to give an affidavit in SC to dispel any doubts in the minds of farmer unions.

Sources have also reported that the Central Government has proposed to put on hold the implementation of the laws for 1-1.5 years so that consultations could take place related to the issues surrounding the 3 Farm Laws so as to come with a solution.

This development has come amid the submission made by Advocate Prashant Bhushan and Senior Advocate Dushyant Dave before the Supreme Court today that the farmers unions are 'totally convinced' that the farm laws need to be repelled and therefore they will not appear before the committee to discuss amendments.

Bhushan and Dave are appearing for the eight farmers unions which were added as respondents by the Supreme Court in December last year in the cases seeking removal of farmers protesting against the contentious farm laws from Delhi borders.

It may be noted that the bench headed by the CJI last week said that it will suspend until further orders, the implementation of the contentious farm laws-'Farmers' Produce Trade and Commerce (Promotion and Facilitation) Act, 2020', Farmers (Empowerment and Protection) Agreement of Price Assurance and Farm Services Act, 2020' and Essential Commodities(Amendment) Act, 2020.

During the hearing which took place last week, the Chief Justice of India had made sharp critical comments against the Central Government for passing the laws "without enough consultation" and for not having resolved the farmers protests, which had been going on since November 26 near Delhi borders.

The Supreme Court on Tuesday (12th January) constituted a 4 member committee for the purpose of holding talks between the Central Government and the farmers to resolve the protests over the three contentious farm laws.

A notable feature of the composition of the committee was that all four members- BS Mann, Ashok Gulati, Dr Pramod Kumar Joshi and Anil Ghanwat- have expressed open views in support of implementation of farm laws.

However, later on S. Bhupinder Singh Mann recused himself from the 4 member committee constituted by Supreme Court

The protesting unions have repeatedly said that they will not appear before a Committee which has only members representing a one-side view.

While speaking to Live Law, Amit Pandey, a freelance Journalist/Video Producer presently working with Gaon Connection, confirmed that the Central Government did put the proposal to delay the implementation of Farm Laws before the farmer leaders and requested them to meet the Supreme Court formed committee and put forth their grievances before it.

Pandey, who has been covering the farmers' agitation extensively, further told that the previous nine rounds of formal talks between the Centre and farmer unions couldn't yield any concrete result as the farmer unions have stuck to their main demand of a complete repeal of the three acts.

It may be noted that the Supreme Court has issued notice on an application seeking re-constitution of the Committee appointed by the Top Court for the purpose of holding talks between the Central Government and the farmers for a resolution of the protests due to the three contentious farm laws.