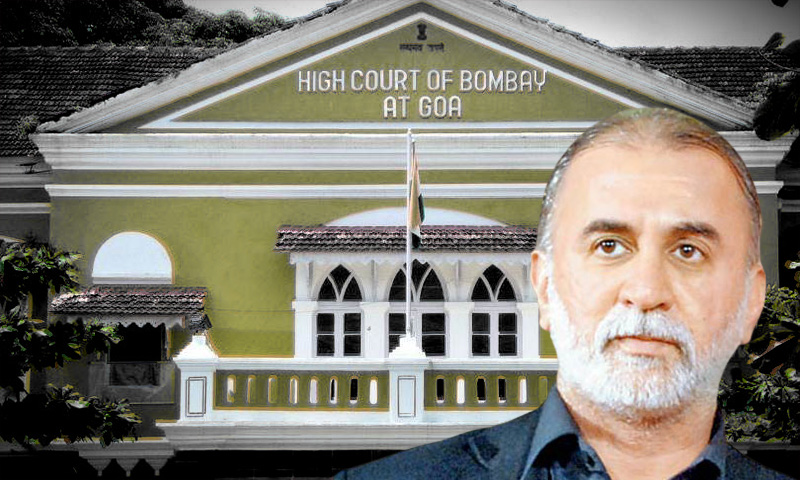 The Goa Government has cited the trial court's lack of understanding of a rape victim's post-trauma behavior, using her past sexual history and education as legal bias against her but not using the same standards against the accused, and making observations driven by "patriarchy" as some of the grounds to challenge the judgment acquitting journalist Tarun Tejpal. In its...

The Goa Government has cited the trial court's lack of understanding of a rape victim's post-trauma behavior, using her past sexual history and education as legal bias against her but not using the same standards against the accused, and making observations driven by "patriarchy" as some of the grounds to challenge the judgment acquitting journalist Tarun Tejpal.

In its amended grounds of appeal u/s 378 of the CrPC before the Bombay High Court, the State contends that a case for retrial is made out due to several factors, especially because the judge allowed "scandalous," "irrelevant," "humiliating" questions to be asked to the victim in her cross-examination that ran into nearly 700 pages of evidence.

The appeal also seeks expunging of all such portions of the victim's evidence that are not in conformity with Sections 53A and 146 of the Indian Evidence Act. These sections make it inadmissible and impermissible to ask questions about a victim's past sexual history when issues regarding consent are involved.

"The Trial Court in its 527-page-judgment has been influenced by extraneous inadmissible materials and testimonies, graphic details of the past sexual history of the victim, prohibited by law and has used the same for purposes of censuring her character and discrediting her evidence. The entire judgment focusses on indicting the complainant witness rather than trying to ascertain the culpable role of the Respondent Accused."

On May 27, a vacation bench of Justice SC Gupte directed the trial court to redact all references revealing the victim's identity while uploading the order on its website and permitted the Goa Government to amend its' Leave to Appeal.'

Tejpal, co-founder and promoter of Tehelka Magazine and its editor-in-chief was acquitted of all charges on May 21 by a fast track court in Mapusa, Goa. He was accused of forcing himself on his junior colleague against her wishes, inside an elevator of the Grand Hyatt, Bambolim, Goa on November 7 and 8, 2013, during the magazine's official event - the THiNK 13 festival.

The State has contended that while the victim's qualification and her work in the field of gender was "bafflingly" used to discredit her testimony, the trial court did not adopt the same standards while accepting Tarun Tejpal's "belated" defence that the personal and formal e-mails he sent apologizing to the victim were either not sent by him or sent at the behest of his sister and then Tehelka Maniging Editor.

"The Trial Court also failed to appreciate the fact that the Respondent Accused himself was the Editor-in-Chief and owner of the Tehelka magazine, highly educated and a man in a position of power and authority. It is baffling that while qualifications of the prosecutrix and her work in matters relating to gender have been used against her to discredit her testimony, the Trial Court has adopted no such standard while appreciating the farcical, belated, and wholly dishonest defence of the Respondent Accused that the emails of apology sent to the prosecutrix were either not sent or were sent at the behest of…"

The State claims that "it defies reason and common sense as to why an apology was given if there was a contestation of the incidents in question."

"The Trial Court has completely ignored the most telling piece of evidence in the case which established the guilt of the Respondent Accused beyond a shadow of doubt," the State says while noting that Tejpal, used the word "Atonement" while stepping down from editorship for six months.

Adverse inferences against the victim for smiling in pictures and "not looking" traumatised after the two incidents of alleged assault "betray a complete lack of understanding of post-trauma behaviour of victims, they also demonstrate complete ignorance of the law as also of the directions and guidelines passed by the Hon'ble Supreme Court of India in such matters."

"If the law laid down by the trial court is correct, looking "traumatised" after such incident is sine qua non and an educated girl who chooses not to create a scene is not a reliable witness," the appeal states.

The appeal further states that the victim's behaviour was natural as there was an international literary festival underway involving hundreds of delegates, celebrities and journalists at the time of the two incidents when the alleged incident happened and she feared losing her job.

The State cited the case of Aparna Bhat & Ors v. State of Madhya Pradesh wherein it was held that courts should refrain from commenting on the conduct of prosecutrix in rape trials based on habits such as smoking, drinking alcohol, past sexual history etc.

The trial court accepted the defence's submission that the victim was in touch with experts like Senior Advocate Rebecca John, Senior Advocate Indira Jaising, Advocate Persis Sidhwa and then National Commission for Women's Chairperson Shamina Shafiq, and her testimony should be seen from that angle as they guided her there was a possibility of doctoring events.

The State has said the court seemed unaware regarding the emphasis the Supreme Court has given for legal representation of a rape survivor and "The mere fact that PW-1 consulted senior advocates does not in any way lessen the credibility of her allegations."

Moreover, it was "patently absurd, bizarre and unknown to judgement writing" to "accuse senior advocates, a social worker and others of possible doctoring of evidence."

The State has said that in a criminal case it is always the accused on trial and not the victim. And trial court committed a "grave error" when it put the victim on trial, disregarding the culpability of the accused.

"This approach must be deprecated. The law mandates that the central issue in a rape trial is the conduct of the accused man and not the character of the rape victim."

Legal Bias Against the Prosecutrix Apparent

The State argues that the judgment is "shocking" in its apparent legal bias against the prosecutrix when it suggests that it is unsafe to rely on her testimony as she is well educated, a good writer, proficient in English and above all, conversant with the rape law and was "a capable, intelligent, independent person".

The trial court adopted the "most absurd reasoning" while judging the prosecutrix and the persons she chose to confide in, the State says about the court's conclusion that it is implausible that she could have confided in three male colleagues when her roommate was a female.

"It is most respectfully submitted that this finding by the Trial Court is unsustainable in law and is coloured by prejudice and patriarchy. PW11, PW12 and PW56 were the most natural witnesses in whom the prosecutrix could have confided, as they were her most trusted and closest colleagues and friends, as she has repeatedly deposed."

The State says the court erred in not using consistent statements of the victim's friends and colleagues as corroborative evidence, despite her colleagues being the most natural persons to confide in but readily considered the entire evidence of defence witnesses as gospel truth.

"This clearly demonstrates the dual standard of appreciating evidence adopted by the Trial Court."

"Because the Trial Court allowed scandalous, irrelevant and humiliating questions put to PW1, to overwhelm the record of the case without any check or scrutiny, betraying a complete lack of understanding of the statutory provisions and the law laid down in this regard by the Hon'ble Supreme Court. This fact itself, accompanied by other attendant circumstances, clearly makes out a case for retrial in accordance with law."

The State has criticised the trial court for it various observations pertaining the CCTV footage of the first floor of the five-star hotel and has termed it as "reflective of the prejudice of the Trial Court in believing the concocted version of the Respondent Accused."

The trial court had observed that the Investigating Officer had deleted the footage of the first floor of Block 7 of the hotel as it contained evidence favouring the accused that the victim had accidentally got off on the first floor during the incident. The leave to appeal, however, says that court has ignored the fact that the relevant DVRs (Digital Video Recorders), containing footage from July 2013 till the day it was seized i.e. November 29, 2013, from the ground, first and second floor of that block was forwarded to the court at the time of filing of charge sheet in February 2014.

"It is required to state that the DVRs which were attached on 29.11.2013 were forwarded to the Hon'ble Court at the time of filing of the charge sheet, which was in February, 2014, and PW 25 was examined in the Court in October, 2020, almost 7 years after the seizure of the DVRs and after the DVRs were lying in the Court for 6 years," the application states to explain the reason why certain parts of the footage could not be played before the court due to "decay or demise of the CCTV data."

The application further states that it was only in January 2021 that the accused came up with the defence of the victim stepping out of the lift on first floor for the first time, while the victim's stand of the lift doors never opening during the entire 2 minutes if sexual assault "was unwavering," therefore, the onus to take the defence's case forward was on the defence itself and in absence of that, the court should have accepted the prosecution's/victim's case.

"Instead of ordering the Respondent Accused to play his clone copy of the CCTV footage in order to determine whether the footage of the first floor was absent or not, the Trial Court has held in its judgment at paragraph 287, pg. 436 that, when the DVR did not have it, the clone copy would not have it either.