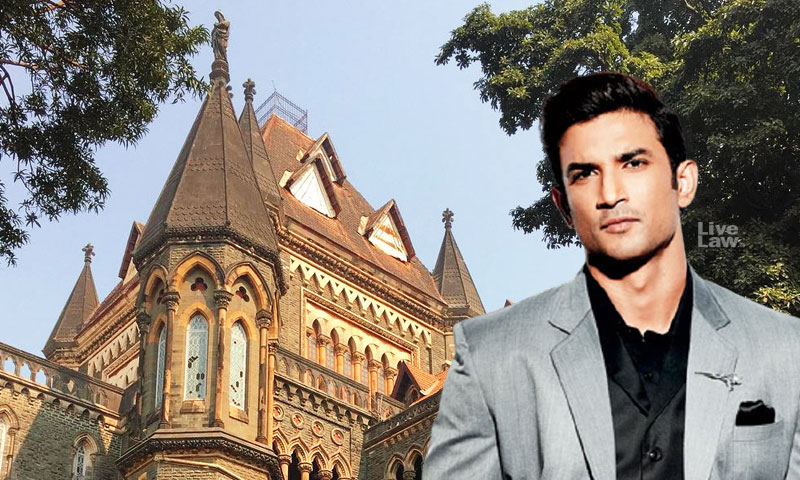 The Bombay High Court saw noteworthy arguments and exchanges in the ongoing PILs filed against Media Trials, on account of media coverage, into the issue of death of actor Sushant Singh Rajput.A bench of Chief Justice Dipankar Datta and Justice GS Kulkarni heard the matter for the entire day.Senior Advocate Siddharth Bhatnagar appeared on behalf of the National Broadcasters...

The Bombay High Court saw noteworthy arguments and exchanges in the ongoing PILs filed against Media Trials, on account of media coverage, into the issue of death of actor Sushant Singh Rajput.

A bench of Chief Justice Dipankar Datta and Justice GS Kulkarni heard the matter for the entire day.

Senior Advocate Siddharth Bhatnagar appeared on behalf of the National Broadcasters Federation and batted for self-regulatory mechanisms on the Press.

He told the court that the guidelines that currently exist were sufficient and enough and that Government control of the press was unwarranted, which, if brought in, could be dangerous.

"If any kind of regulator comes in at behest of the Government, it could result in putting a sledgehammer to Article 19(1) of the Constitution"

"The issue arises ultimately between 19(1)(a) and the right to a free trial. Secondly, as a conjunct to this question, viz. there are systems in place which balance these two aspects. The safeguards and procedures in place are sufficient to meet the balance," said Bhatnagar.

While elaborating on the effectiveness of the NBF, Bhatnagar informed the court that the NBF is a private association, having its own regulatory mechanism headed by a retired Supreme court judge. "It has set up a self regulatory body called Professional News Broadcasting Standards Organisation (PNBSO)," he added.

Further, he stated that the fact that the Programme Code was being amended from time to time was proof that it was effective and did not remain static.

"What can violate the Programme Code remains static & the Government has amended it accordingly from time to time. Programme Code now prohibits that reportage of a terrorist attack has to be done in accordance with the stipulated protocols, this may not have been relevant up until 1994 but with advent of technology, this was a requisite restriction and it was made," Bhatnagar told the Bombay High Court.

Certain circumspection is required so far as Government's intervention is concerned viz. the media, said Bhatnagar, adding that Lack of Government Control on press is better than excessive Government control.

"Government can any way act as it has acted. It has acted with certain circumspection and that it because the Media is very wary of Government's intervention, otherwise Government can intervene as and when required"

Bhatnagar then took the bench through judgments to substantiate the dangers of Government control over the press.

To do this, he referred to Indian Express Newspapers Vs. Union of India, which is a 1985 judgment of the Supreme Court.

Bhatnagar then referred to Shreya Singhal V. Union of India which was a challenge to Section 66A of the Information Technology Act.

The Senior Counsel told the court that persons who are likely to be attacked by the media, perhaps more viciously - are government officials and if the limits are crossed, enough safeguards are present to deal with it.

The court then asked Bhatnagar whether the NBF could have suo motu cognisance powers. To this, he responded by stating that this was something he would be suggesting to his client.

The Court also expressed concerns over the practice of "media trial" while hearing a batch of petitions seeking regulations on the reportage of the Sushant Singh Rajput death case.

"If you become the investigator, prosecutor and the judge, what is the use of us? Why are we here", the bench asked Advocate Malvika Trivedi, the lawyer representing Republic TV.

The Court also asked the lawyer of Republic TV if asking the public who should be arrested in a case is part of investigative journlism.

The bench posed the query in reference to the hashtag campaign '#ArrestRhea' run by the channel in Twitter following the death of Bollywood actor Sushant Singh Rajput.

The court is set to hear the plea(s) further on Friday at noon.