'If We Don't Finish Arguments Today, We Will Post Case After Vacations' : Bombay HC During Arnab Goswami Case Hearing; Arguments In Progress 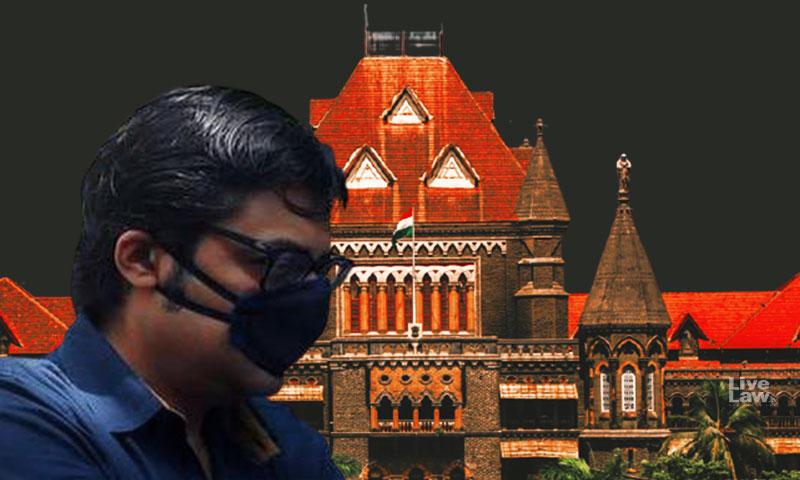 The hearing of the Republic TV Chief Arnab Goswami's habeas petition against his arrest and remand in the 2018 abetment to suicide case is progressing in the Bombay High Court in a special sitting on Saturday. A division bench of Justices SS Shinde and MS Karnik told the lawyers that they need to complete the arguments on the point of interim relief today itself and that the bench...

The hearing of the Republic TV Chief Arnab Goswami's habeas petition against his arrest and remand in the 2018 abetment to suicide case is progressing in the Bombay High Court in a special sitting on Saturday.

A division bench of Justices SS Shinde and MS Karnik told the lawyers that they need to complete the arguments on the point of interim relief today itself and that the bench was not going to hold a sitting on Sunday.

"We are not going to sit on Sunday for further hearing...If we don't finish the arguments today, we will post the case on November 23 after vacations", Justice Shinde said during the course of the hearing.

"Our difficulty is that tomorrow we are not sitting. From Monday onwards vacations start. We are only on interim relief issue today", Justice Shinde added.

The bench said that it needs to hear the State as well today for considering the prayer for interim release.

Aggarwal referring to the CJM's order.

Justice Shinde : Mr. Aggarwal, we are not going to refer to the Magistrate's order because revision is pending against it.#BombayHC #RepublicTV #ArnabGoswami

At the time of reporting, the court was on lunch break, after which it will resume hearing Senior Advocate Amit Desai for the Maharashtra police. Live Updates from the hearing are available here.

The Bench was hearing the Habeas Corpus petition and a bail application filed by Goswami seeking interim release. It also heard Advocates Vijay Agarwal and Nikhil Mengde for a co-accused in the matter,Nitish Sarda and Praveen Rajesh Singh, respectively.

The Court had sought clarifications on the scope of power under Article 226 of the Constitution to grant bail.

Power of a Writ Court to grant Bail

Justice Shinde observed that the Petitioner had the remedy of seeking regular bail before the Court of Sessions, under Section 439 of CrPC.

"There are remedies under CrPC under Sections 438/439. Still, we are not understanding why the petitioners are not availing such remedies and seek interim bail in a writ petition.

It will send a wrong signal that though Sec 439 is there HC can be approached in writ. This will be undermining the authority of courts below," he opined.

However, the counsels insisted that the High Court has the power to directly entertain petitions for bail exercising jurisdiction under Article 226, if arrest is illegal and an exceptional case is made out.

Advocate Aggarwal said that he had appeared in a case before Justice SJ Kathawalla, where the Bench ordered in a writ petition to forthwith release a woman who was illegally arrested by a male officer and fine was imposed on the officer.

"Supreme Court has ordered release of arrested persons under Article 32. Article 226 is wider than Article 32," he added.

Goswami, who was remanded to 14-day judicial custody by CJM, Alibag on Wednesday, was arrested from his Mumbai residence in connection to the 2018 case, which was closed by the Raigad police last year, saying that they did not find evidence against the accused named in the suicide note, including Goswami.

The case has now been reopened by the Police, which has been disputed by Goswami. He had moved the High Court stating that police do not have the power to suo moto re-open the case without getting a judicial order, after the Magistrate passed a closure order in the case in 2019 based on the report submitted by police then.

The Division Bench had extensively heard Senior Advocates Harish Salve and Abad Ponda, for Goswami, on November 5 and November 6.

Two main arguments raised by them was that (i) the case is politically motivated and (ii) even if allegations are admitted, no case under Section 306 (Abetment of suicide) of IPC is made out.

Appearing for the co-accused Nitish Sarda, Advocate Vijay Agarwal had told the Court that the Raigad Police had booked his client alongside Goswami Section 306 of IPC read with Section 34 (common intention), despite their being strangers to each other.

Three different people in three different areas. But Section 34 IPC invoked. Where is common intention? Section 306 IPC not made out," he had argued.

Aggarwal contended that mere non-payment of dues cannot amount to abetment to suicide. Referring to certain precedents on this point, he said,

"Even if payment has not been made, and some altercation took between them, and person committed suicide, it is essentially a civil dispute and no offence under Sect 306 IPC sustainable.

Similar arguments were also adopted by Mengde. He submitted that while accepting closure order, the Magistrate has exercised a "judicial function".

"Magistrate even has the power to take cognizance on a closure report differing from police," he said while relying on the Madras High Court's verdict in Namasivayam v. State, 1982 CriLJ 707.

Justice Shinde told the Advocates that the Magistrate's closure report was accepted without serving notice on the informant.

"Magistrate was legally obliged to serve notice on informant to give opportunity for protest complaint. This is the point raised in Naik's daughter's petition," the Bench said.

Responding to this, Agarwal stated that even if closure order has infirmities, it remains in force till it is set aside.

"Can the police suo moto alter the order? Police cannot sit in appeal over the order.

Can the executive say the procedure adopted by court is illegal and say they will not follow court order?" he said rhetorically.

"It is settled law that a void order is not non-est in law, unless set aside by higher court. It remains in force, even if bad in law. Police cannot review Magistrate's order.

Police need the permission of the Magistrate for further investigation."

Reliance was placed on Vinay Tyagi v. Irshad Ali, (2013) 5 SCC 762, to argue that nod of Magistrate is needed for further investigation.

The Bench has issued notice to the Maharashtra Government in a petition filed by the Complainant Adnya Anvay Naik, seeking inquiry against those police officers who "miserably failed" to investigate the case and filed closure report earlier.

It took note of the arguments advanced by Advocate Subodh Desai, that there was no communication of closure of the complaint and they got to know about the same on in April, when Arnab's company tweeted about the same.

On an inquiry whether the Magistrate's order for closure had been challenged, the Complainant explained that after becoming aware of the order in April, they applied for documents under the RTI Act. "It was in the middle of COVID19. Then a complaint was made before the Home Minister," Desai submitted.