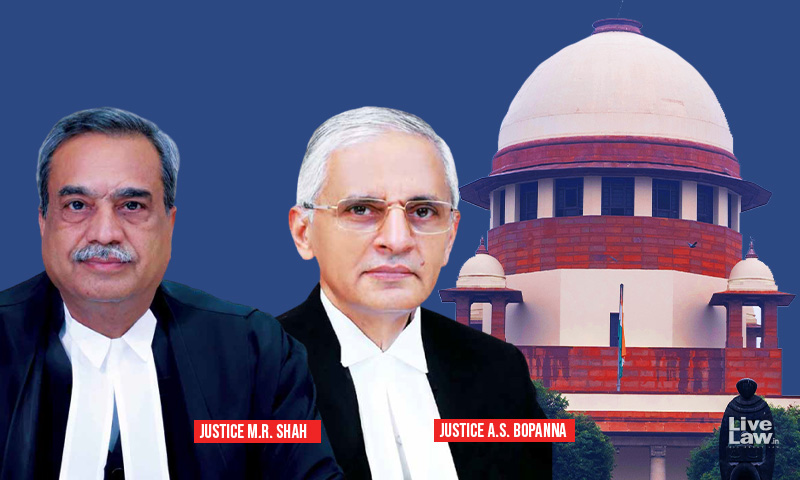 The Supreme Court has held that the date of the receipt of the assessment order has no relevance in computing the limitation period for the Revision by the Principal Commissioner under Section 263 of the Income Tax Act.

A Bench of Justices M.R.Shah and A.S.Bopanna made the above observation in Commissioner of Income Tax, Chennai vs Mohammed Meeran Shahul Hameed- a case dealing with the calculation of limitation period under S.263 of the Income Tax Act.

The respondent-assessee was served an assessment order under S.143 of the Income Tax Act in 2010. Soon thereafter, the Commissioner of Income Tax initiated revision proceedings under S.263 of the Act and an order was passed on 26.03.2012 holding that the assessment order was erroneous. The respondent-assessee received notice on 29.11.2012 and filed an appeal before the ITAT. The respondent-assessee argued that the order passed by the Commissioner was beyond the period of limitation mentioned under S.263(2). ITAT held that the revision order passed was beyond the limitation period and the Madras High Court in its impugned judgement upheld the order passed by the ITAT. The impugned judgement held that the date on which the assessee-respondent received the order was the relevant date for determining the period of limitation under S.263 (2) of the Act.

The Supreme Court, in a judgement authored by Justice M.R.Shah framed the primary question of law for the consideration as: whether the relevant date for the purpose of considering the period of limitation under S.263(2) of the IT Act would be the date on which the order is actually received by the assessee?

Answering the above question in negative, the Bench held that S.263 (2) of the Act requires that no revision order be made after the expiry of two years from the end of the financial year in which order sought to be revised was passed. Since S.263 uses the word made and not received, the Bench holds, the receipt of the order has no relevance for the purpose of determining limitation.

Thus, the judgement held that the order of the Commissioner of Income Tax dated 31.03.2012 is well within the limitation period prescribed under S.263. The receipt of the order on 29.11.2013 is irrelevant for the purpose of calculating limitation.