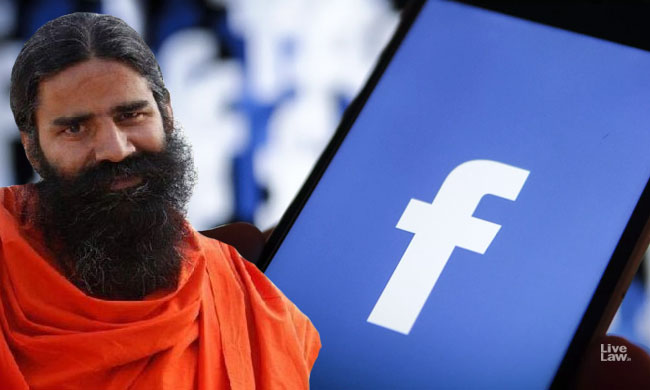 "So long as the uploading from India led to the data or information 'residing in' the network or being 'connected to' the network, the same ought to be disabled or blocked globally."

The Delhi High Court has held that so long as either the uploading takes place from India or the information/data is located in India on a computer resource, Indian courts would have the jurisdiction to pass global injunctions.

Justice Prathiba M. Singh was considering the suit filed by Baba Ramdev alleging that various defamatory remarks and information including videos, based on a book titled "Godman to Tycoon – the Untold Story of Baba Ramdev are being disseminated over Facebook, Twitter, and Google.

Referring to Section 79 of the Information and Technology Act, the court observed that the disabling and blocking of access has to be from the computer resource, and such resource includes a computer network, i.e., the whole network and not a mere (geographically) limited network. It said:

"When disabling is done by the Platforms on their own, in terms of their policies, the same is global. So, there is no reason as to why court orders ought not to be global. All offending material which has therefore, been uploaded from within India on to the Defendants‟ computer resource or computer network would have to be disabled and blocked on a global basis. Since the unlawful act in case of content uploaded from India is committed from within India, a global injunction shall operate in respect of such content. In case of uploads which take place from outside India, the unlawful act would be the dissemination of such content in India, and thus in those cases the platforms may resort to geo-blocking."

The court also observed that if any information or data has been uploaded from India on to a computer resource which has resulted in residing of the data on the network and global dissemination of the said information or data, then the platforms are liable to remove or disable access to the said information and data from that very computer resource. The removal or disabling cannot be restricted to a part of that resource, serving a geographical location, it said.