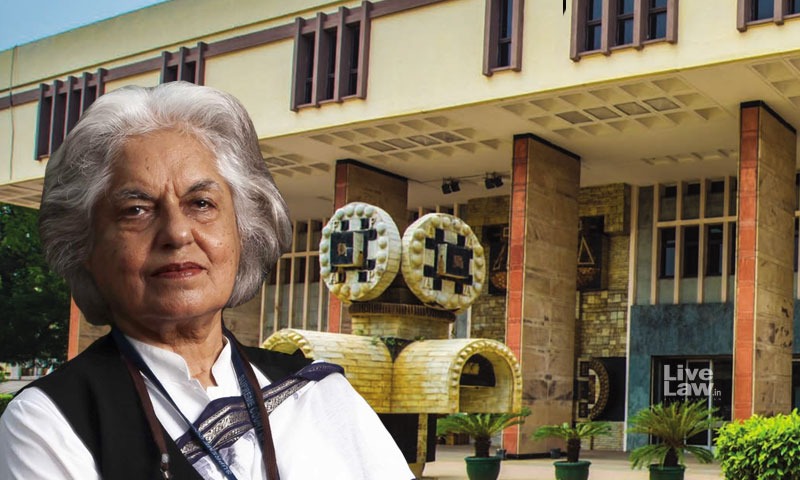 The police acted with sheer vindictiveness against the students of Jamia Milia Islamia, by using violence against them in December, 2019, in the wake of protests against the Citizenship Amendment Act, submitted Indira Jaising, Senior Advocate, in the Delhi High Court on Monday.

Jaising was appearing in one of the petitions seeking an independent investigation into the allegations of police brutalities in Jamia campus.

There is a need for an independent inquiry into the misconduct of the police in relation to the students of Jamia, she submitted at the outset.

She said that the police used disproportionate force against the students. The use of force was not with the intention to disperse crowd, as police chased students who had taken shelter in libraries, hostel rooms and toilets.

"Despite the provocations, police were only supposed to use minimum possible force. This principle was violated when they barged into the campus", she said.

There was use of excessive force by the police which has resulted in acts of unconscionable conduct.

"It was an act of sheer vindictiveness and madness on the part of the police", she stressed.

"Law has to take its own course against the police as well. Just because you wear a uniform, it doesn't give you a right to blind a student. Police must be ready to face the trial", she added.

She highlighted that the police entered the campus without taking permission from the Vice-Chancellor.

"Where is the demand from the police to enter the University campus? They had the loudspeakers, phones, walkie-talkie, but they didn't make a demand for entering the campus.

When no student was arrested, what was the purpose of entering the campus? The intention was sheer vindictiveness, teaching a lesson to the students with a danda".

Jaising: When no student was arrested, what was the purpose of entering the campus.

'The intention was sheer vindictiveness, teaching a lesson to the students with a danda', she argues@DelhiPolice #JamiaViolence #AntiCAA

No immunity to the police for misconduct

Jaising cited Section 124 of the Delhi Police Act to argue that there's no impunity provided to the police for using disproportionate force or causing unreasonable violence.

'Police enjoys no impunity or immunity from acts of misconduct', she said.

She said that an independent inquiry headed by a retired judge of the SC or the HC was needed.

Earlier, Colin Gonsalves, Senior Advocate, had made submissions in the matter. He said that the police investigation was "one-sided".

Senior Advocate Salman Khurhsid, appearing for another petitioner, sought for an independent probe in the matter, saying "police cannot be a judge in their own cause".

Advocate Mehmood Pracha, appearing for another petitioner, submitted that police have committed illegal acts by acting beyond the protocols.

He complained that the police was withholding materials from the petitioners, by submitting them in sealed cover before the Court.

"'The entire exercise of the police needs to be seen from the prism from an intention to suppress dissent", he submitted.

He concluded his arguments by suggesting an enquiry headed by Justice A P Shah, former Chief Justice of Delhi HC.

The Court will continue the hearing tomorrow.