60% Of Judicial Work Should Be Online, 40% Which Is Recognised As Morality of The process Should Be Physical: Former CJI MN Venkatachaliah 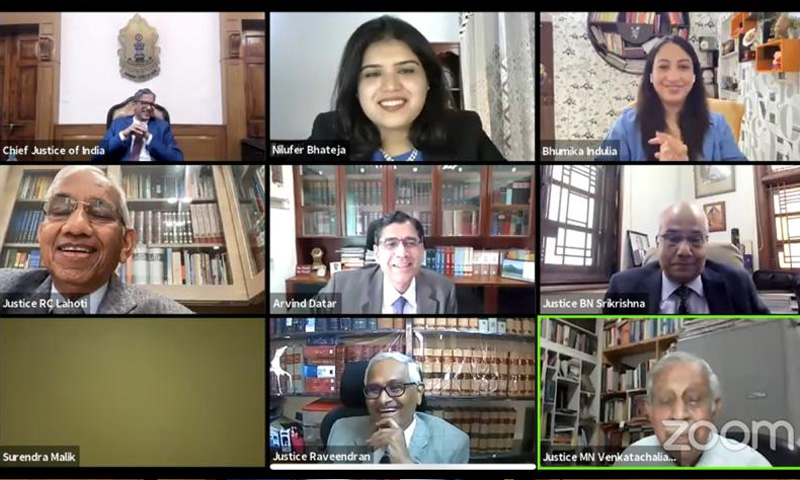 Former Chief Justice of India Justice MN Venkatachaliah suggested that while 60% of the judicial work should be online, the remaining 40%, which is recognised as the morality of the process, should be physical.He was speaking at an interesting panel discussion featuring 4 former Supreme Court judges- Justices B. N. Srikrishna, M. N. Venkatachaliah, R. C. Lahoti and R. V. Raveendran-...

Former Chief Justice of India Justice MN Venkatachaliah suggested that while 60% of the judicial work should be online, the remaining 40%, which is recognised as the morality of the process, should be physical.

He was speaking at an interesting panel discussion featuring 4 former Supreme Court judges- Justices B. N. Srikrishna, M. N. Venkatachaliah, R. C. Lahoti and R. V. Raveendran- circling around two 'anomalies in law and justice'- Delays in disposal of cases, and Technology and the law.

The discussion transpired that the launch of the book "Anomalies in Law & Justice: Writings Related to Law & Justice" by Justice Raveendran. The book was released by Chief Justice N. V. Ramana. The discussion was moderated by senior advocate Arvind Datar.

Justice Venkatachaliah: The leap of technology will be such that we won't know where we end. Sooner than you think it is possible, you will be able to see a person in three dimensions! But like an American senior lawyer has said that the essential morality of the process in common law systems has to be maintained, we must take care of the essential feature of the common law system, which is the morality. The limitations of technology, the emotional communication quotient and the extent it can become impersonal must be recognised. For example, cross examining eyewitnesses can't be done online, there has to be personal morality of the process! But filing of written statements, objections etc can be online.

"The capacity of India to assimilate technology is very high- see the medical technology, dentistry or ophthalmology. So, theoretically, yes, the hybrid system is here to stay, but to what extent will depend upon the experience of lawyers and judges. The personal appearance before the judge, in its effectiveness, is totally different from what you address remotely online via the present technology!", he said.

The former judge suggested that while 60% of the judicial work should be online, the remaining 40%, which is recognised as the morality of the process, should be physical.

He indicated that there could be a "systems controller" to have a meeting with the parties and their lawyers to fix a schedule for the hearing, assess the man hours requirement, the time requirement and accordingly, fix a slot. The filing of cases could be on an "assembly-line basis", where the system would show which cases require personal treatment- like matrimonial cases and custody of children, where time is of the essence. On the completion of pleadings, and if the pleadings so seek, there could be a reference to mediation for a period of 2 months. Also, the overall time for each catena of cases can be maintained- what kind of cases should have a time limit of six months, 2 years is the maximum for the pendency of the matter and that no case is to go beyond three years. The movement and process of the main cases would be under the overall systems controller and only interim/interlocutory and urgent matters are under the presiding officer.

The judge suggested outsourcing 30% of the judicial work to lawyers, who as commissioners, will record evidence of witnesses which may not require cross-examination in court.

"Loss of man hours, loss of productivity attributable to unaccounted adjournments, with parties and lawyers going to court and coming back, is estimated at 1,50,000 crores for the 22,000 courts in the country! I wish to appeal to the judicial community to give these suggestions a try. We tried fast track courts, but it did not work. Criminal appeals keep pending for 20 years!", he continued.

"But without the active participation of the legal community, we can do nothing. Lawyers must develop a culture of justice instead of merely being contenders of opposite parties. Massive training programmes for the lawyers, junior lawyers,the paralegal and the court staff must be undertaken under the aegis of the National Judicial Academy", he said. 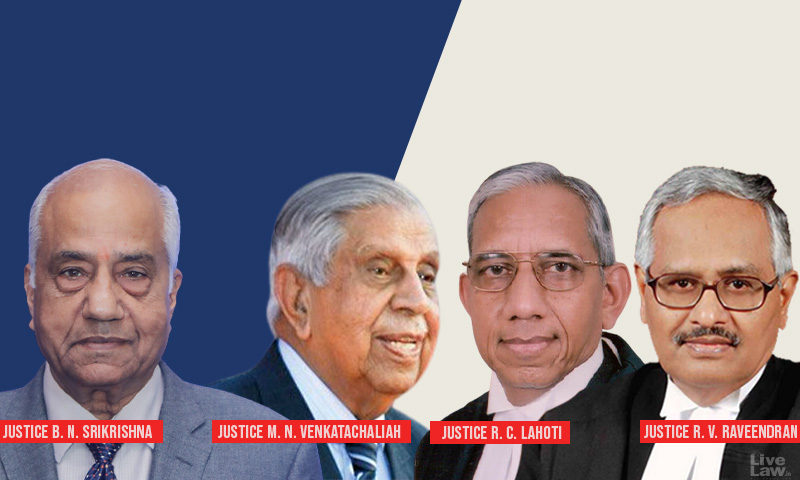 Justice Lahoti: You can't stop the flow of the event, the time for which has come! Now you have modern technology and you can't resist it! It must be adopted and you must go with the wind. We need not be at all apprehensive. March 17, 2020 was the last hearing I held physically. Ever since then, for the last 14 months, my hundred percent hearings in arbitration have been online. There have been some of the most complicated issues- ONGC, underwater dispute, port dispute, airline dispute, courier dispute, BHEL dispute- involving highly sophisticated questions relating to technology, where the drawings are 1 m x 1 m! I have recorded all evidence online and arguments extending over 15-20 days were all made online without any difficulty and awards are pronounced. Some PSUs have issued circulars saying that they prefer online hearing. Every online hearing saves at least five lakh rupees per day for each of the parties. It is highly cost-effective. Earlier, I had to leave 1.5 hours in advance to reach a place. Now I just come five minutes before and join the hearing. It saves time and is equally effective. The same can be done in all courts without any difficulty. We just have to get used to it.

"Not only 3-D, but now 4D and 5D is coming. Every shrug of the shoulders can be seen, all expressions of the faces can be read. It is not at all difficult. If there is any difficulty, it can be solved, the problem of connectivity can be solved- the commercial players will be coming forward gladly to join hands with the judiciary to provide services which can reach the furthest corners of the country", said the judge.

Justice Srikrishna: In the courts, all judges, staff and lawyers are not equally capable of and comfortable with working on computers. Till people get used to it, you should continue the hybrid process...make virtual hearing available as an option, make it parallel till it can be merged and made completely virtual.

Justice Raveendran: With regard to technology, I fully agree we cannot stop the digitisation and more and more virtual hearings will take place. Of course, the best way is to first restrict it to the Supreme Court and High Courts and see how it functions and remove all glitches and bugs and once the system has stabilised, then slowly take it to the trial court.

"I want to flag one human issue which is causing a lot of heartburn which should also be simultaneously considered – till now, the system was all physical and because it was physical, we had a Supreme Court bar and a High Court bar, the Company Law tribunal bar, a telecom tribunal bar, district bar etc. But now, because of digitisation, the Supreme Court lawyers are arguing before all the High Courts and the High Court lawyers are arguing before district courts. This has caused apprehension in the lower-rung lawyers that their bread and butter is being taken away. While the positive side is that it has opened up avenues for the district court lawyer to straightaway argue in the High Courts and the Supreme Court, that has not happened. So there is a need to take care of all, it is not sufficient if only one section is served. While virtual hearing is there to stay, let us do it in a manner that does not affect the larger section of the members of the bar", concluded the judge.