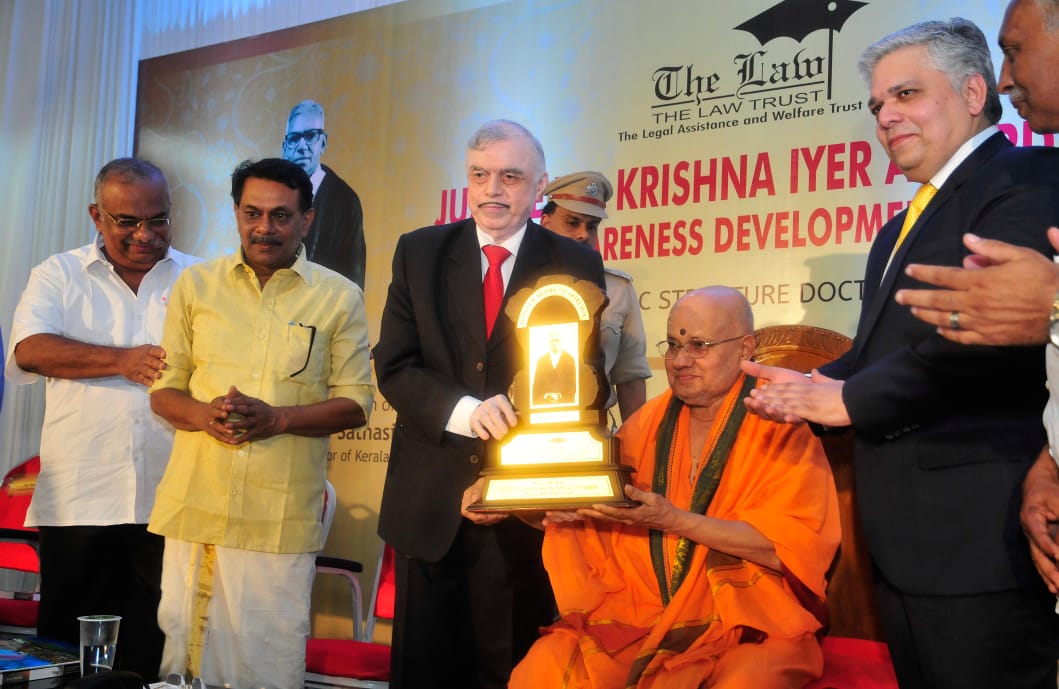 Kesavavanda Bharati being presented a memento in 2018 by the then Kerala Governor P Sathasivam. HC judge Justice Devan Ramachandran on the right side (Image Courtesy: Official Twitter handle of Kerala Governor)

Kesavananda Bharati, the seer who was the lead petitioner in the case which resulted in the Supreme Court evolving the Basic Structure doctrine, passed away today morning, reported the Malayalam daily Mathrubhumi.

He passed away today morning in his ashram at Edaneer in Kasargod district of Kerala. He was aged 79 years.

Kesavananda Bharati filed the case challenging the land reform laws of Kerala, enacted with the aim of distributing land to the landless tillers. He also challenged the 29th Constitution Amendment which included the Kerala Land Reforms Act, 1963 in the ninth schedule of the Constitution, immunizing it from a challenge on the ground of violation of fundamental rights. The case ultimately led to the evolution of the 'Basic Structure Doctrine', after a marathon hearing of 68 days before a 13-judge bench. Legendary lawyer Nani Palkhivala appeared for Bharati.

Though the verdict did not result in individual relief to Bharati, it led to the formulation of an important constitutional doctrine limiting the amending powers of Parliament. It was on April 24, 1973, that the Supreme Court delivered the verdict, with a thin majority of 7:6 out of the 13-judge bench.