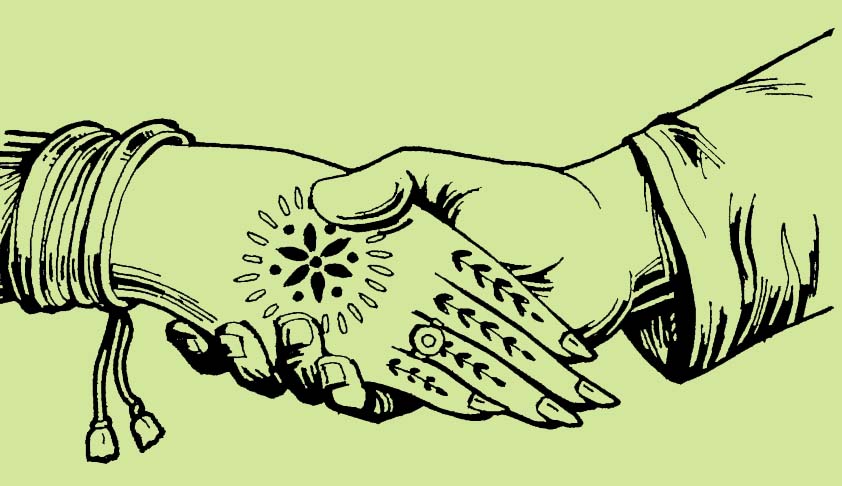 x
"Publication of personal details often might have a chilling effect on right to marry."

A law student has filed a writ petition before the Apex Court challenging the constitutional validity of the provisions of Special Marriage Act, 1954, which requires Marriage Officer to publish copies of Marriage Notices submitted to him by the couples intending to marry under the Act.Nandini Praveen contends that these provisions violate Article 14( Right to equality), Article 19( Freedom...

A law student has filed a writ petition before the Apex Court challenging the constitutional validity of the provisions of Special Marriage Act, 1954, which requires Marriage Officer to publish copies of Marriage Notices submitted to him by the couples intending to marry under the Act.

Nandini Praveen contends that these provisions violate Article 14( Right to equality), Article 19( Freedom of expression) and Article 21 (Right to Privacy) of the couples.

Marriage under Special Marriage Act is usually opted by inter faith couples. Section 5 of the Act provides that the parties who intend to marry under this Act shall give notice thereof in writing in the specified form to the Marriage Officer of the district in which at least one of the parties to the marriage has resided for a period of not less than thirty days immediately preceding the date on which such notice is given.

As per Section 6, The Marriage Officer is then expected to keep all such notices with the records of his office and to forthwith enter a true copy of every such notice in the Marriage Notice Book. Such shall be open for inspection at all reasonable times, without fee, by any person desirous of inspecting the same. The Marriage office is also expected to cause every such notice to be published by affixing a copy thereof to some conspicuous place in his office. If one of the party is not permanently residing within the local limits of the district of the Marriage Officer, he shall also cause a copy of such notice to be transmitted to the Marriage Officer of the district within whose limits such party is permanently residing, and that Marriage Officer shall thereupon cause a copy thereof to be affixed to some conspicuous place in his office. Any person can before the expiration of thirty days of publishing of such notices can raise objection against the marriage. The Marriage officer, after considering these objections, can proceed to reject them or uphold them.

The petitioner contends that subjecting the couples marrying under the Special Marriage Act to a requirement of causing publication of their details, and not subjecting the couples marrying under Hindu Marriage Act and Islamic law violates the right to equality under Article 14 and 15 of the Constitution. Publication of personal information of parties to marriage violates the privacy of individuals and the same is an encroachment to the lives of the parties involved in the procedure, the petitioner says relying on Puttuswamy judgment.

These provisions have a disparate impact on interfaith couples, and the constrains imposed by the Act violates the Aspect of fundamental choice of the couples, the petitioner contends referring to observations made in Navtej Singh Johar judgment. Further the petitioner highlights that publication of personal details often might have a chilling effect on right to marry.

The petitioner also relies on Delhi High Court judgment in Pranav Kumar Mishra vs. Govt. Of NCT. Of Delhi wherein it was observed that "the unwarranted disclosure of matrimonial plans by two adults entitled to solemnize it may, in certain situations, jeopardize the marriage itself. In certain instances, it may even endanger the life or limb of one at the other party due to parental interference."

Advocate on Record Nishe Rajen Shonker and Advocate Kaleeshwaram Raj are the counsel appearing for the petitioner.

Following complaints of misuse of personal information contained in 'Marriage Notices' published in the Registration Department's website, the Kerala Government had recently issued a circular to stop the practice of uploading scanned copies of 'notices of intended marriage' submitted to the Sub Registrar Offices.