Unbridled Power Of Chief Justice As The Master Of Roster A Matter Of Concern: Mukul Rohatgi Agrees With Kapil Sibal 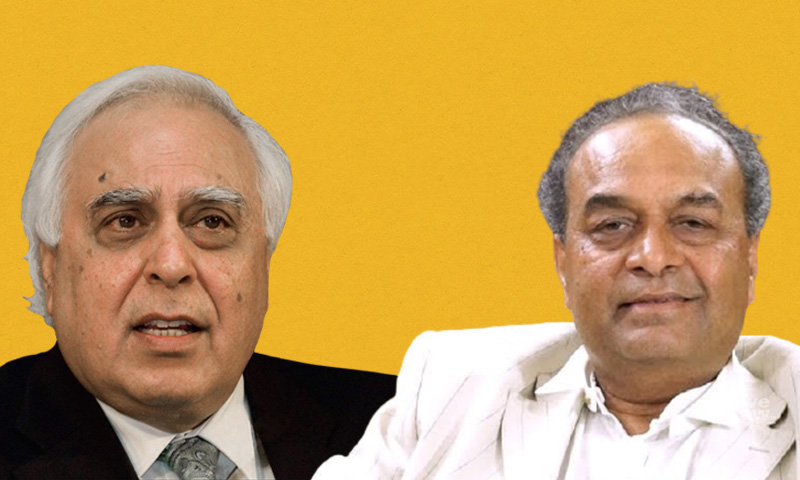 In so far as the unbridled power of the Chief Justices of the Supreme Court and the High Courts as the Master of the Roster is concerned, Senior Advocates Kapil SIbal and Mukul Rohatgi, on Tuesday, both concurred that it is a matter of concern.They were addressing the virtual audience at a panel discussion organised on the topic "Personal Freedom and Judiciary" as part of the book launch of...

In so far as the unbridled power of the Chief Justices of the Supreme Court and the High Courts as the Master of the Roster is concerned, Senior Advocates Kapil SIbal and Mukul Rohatgi, on Tuesday, both concurred that it is a matter of concern.

They were addressing the virtual audience at a panel discussion organised on the topic "Personal Freedom and Judiciary" as part of the book launch of "In pursuit of Justice: An autobiography" by late Justice Rajinder Sachar.
"A part of the problem is the master of the roster. Justice Rajinder Sachar also mentions in his book that it is one of the real problems facing the judiciary. I have been raising this as a problem for several years now", began Mr. SIbal.
He proceeded to point out how it is the master of the roster who determines whether a matter will be heard during vacation or whether a matter which needs urgent hearing will not be taken up immediately.
"There is no system to determine when and how a particular matter will be heard. It is all left to the registry which operates at the directions from the Chief Justice of the High Court or of the Supreme Court", he commented, adding that this is a "flaw in the system" which has to be corrected.
However, he asserted that judges ought to be made of "sterner stuff" to be able to hold their own against pressure from the Executive. "But ultimately, justice is delivered by human beings. The judges have to be made of sterner stuff. We must not talk of the pressure of the Executive, but we must speak of the people who are charged with the duty of upholding the Constitution. It is these people who have taken the oath to uphold the Constitution and who are sitting in the institution. If love jihad is bad, it must be dealt with, if CAA is bad, it must be dealt with, if detentions are bad, they must be dealt with! We must blame those sitting in this institution of the judiciary if they are unable to perform instead of blaming the Executive. We must ask of these people sitting in the institution as to why these issues have not been dealt with!", he urged.
Mr. Rohatgi, in his turn, stated that he agreed with Mr. Sibal.
"The master of the roster is an unbridled power – which matter will be heard first, which will be heard later, how the benches will hear the matters. This power needs to be streamlined, rules need to be laid down. There was a huge problem on this account 2-3 years back, Justice (Madan ) Lokur was at the helm of the affairs back then (the press conference hosted by Justices J. Chelamsewar, Ranjan Gogoi, Lokur and Kurien Joseph in 2018, raising concerns regarding the exercise of his administrative powers by the then-CJ Dipak Misra)", he said.
However, he continued to defend the judiciary, indicating how it is overwhelmed by the sheer volume of litigation.
"The court is swamped by the number of appeals. There are a variety of reasons- The court itself has opened its doors much wider than the Constitution intended. Everything from the High Court must go to the Supreme Court now. If you have 30 judges in a population of 1 billion+, it can't work this way. This is not the rule of the court! The Supreme Court has now become the super-appellate court. It is the apex court which is sitting over every High Court and also every tribunal. This is again not the intent of the Constitution to have so many tribunals in direct appeal to the Supreme Court", he explained.
"In a country of this size, there are cases galore, with more than 50% of the litigation coming from the government, banks and PSUs. When you have so much stuff on your head, how can you handle everything. Some are saying that the system has collapsed, some are saying that it is collapsing", he continued.
"Lawyers like Mr. Sibal and myself are also to be blamed – the kind of cases that come to us, sometimes we are also overawed by the numbers and figures involved and we go running to the Chief Justice, who is the master of the roster, to say please hear this tomorrow, otherwise this will happen or that will happen, 10,000 crores will do go down the drain, 5000 jobs will be lost! After all, everybody is only human! And that is why these cases get priority at times", he remarked.