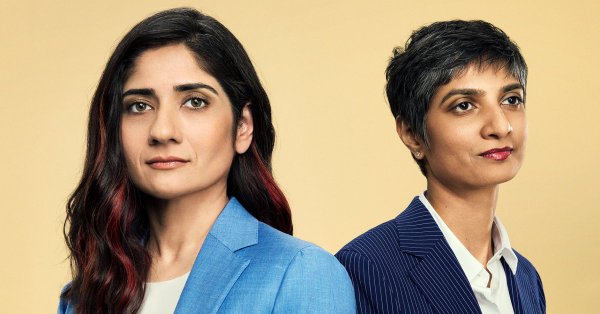 In the Time Magazine's list of 100 influential persons, the names of Supreme Court lawyers Menaka Guruswamy and Arundhati Katju are included, in recognition of their contribution in the Navtej Johar case in which the Supreme Court had decriminalised homosexuality by striking down Section 377 of the Indian Penal Code.

"Arundhati and Menaka have helped take a giant step for LGBTQ+ rights in the world's largest democracy. In their committed fight for justice, they have shown us that we as a society must continue to make progress, even after laws are changed, and that we must make an effort to understand, accept and love", wrote actor Priyanka Chopra about them in the Time.

Menaka Guruswamy, who was designated as Senior Advocate by the Supreme Court last month, is a 1997 graduate of National Law School of India University, Bangalore. She read law as a Rhodes Scholar at Oxford University where she was awarded a Doctor of Philosophy in Law (D. Phil.) and as a Gammon fellow for a Masters in Law at Harvard Law School.

She has worked as a human rights consultant to the United Nations and has taught at the New York University School of Law. In the Navtej Johar case which decriminalised homosexuality, Guruswamy represented IIT students and graduates who belong to the LGBTQIA community. She had also assisted the SC as amicus in the Manipur extra-judicial killings case. She has the rare honor of having her portrait unveiled at Rhodes House in Oxford University. Her name was included in the Forbes list of 2019 trailblazers.

Arundhati holds a BA LLB (Hons.) degree from the National Law School of India University, and an LLM from Columbia Law School, where she was a Human Rights Fellow, James Kent Scholar, and Public Interest Honoree. She has taught white collar crime law at the National Law University, Delhi, and worked with India's National Commission for Protection of Child Rights to draft the Protection of Children from Sexual Offences Act, 2012.