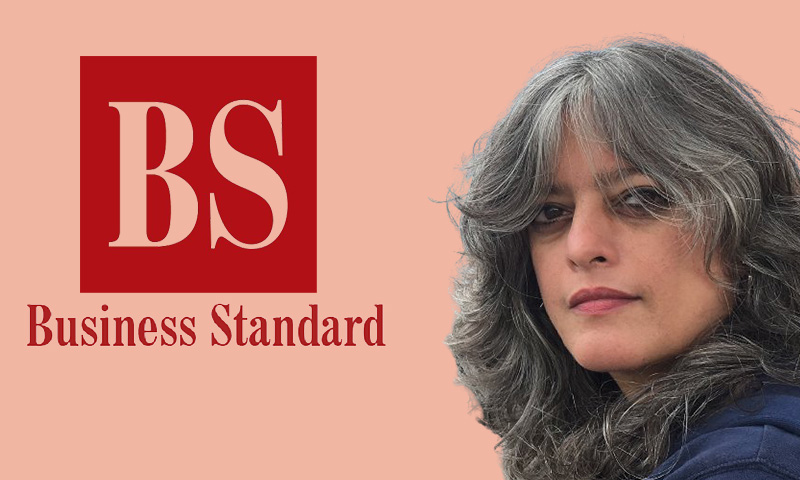 The Delhi High Court on Monday quashed the defamation complaint filed against newspaper Business Standard, its editorial Director A.K. Bhattacharya and journalist Mitali Saran for alleged defamatory remarks made against Rashtriya Swayamsevak Sangh (RSS) in an article. The Court has held that the complaint in question is not maintainable and is liable to be dismissed, as the...

The Court has held that the complaint in question is not maintainable and is liable to be dismissed, as the complainant Lohitaskah Shukla, cannot be regarded as a "person aggrieved" with respect to the comments made against the RSS.

A single-judge Bench of Justice Suresh Kumar Kait observed that the requirement of Section 499 IPC, which mandates that imputation can be said to harm a person's reputation only if it directly or indirectly lowers the moral and intellectual character of that person or of his calling or the credit of that person in the estimation of others, has not been satisfied in the present case.

The Court has held that the complainant has not led any evidence to establish how his reputation was harmed or his moral or intellectual character was lowered as a result of the said article. However, he has claimed that he has been asked by his friends to leave RSS as a result of this article but he has not brought anyone in the witness box in support of this assertion and thereby, has failed to prove that article brought any kind of defamation to him or that it has lowered the reputation of RSS in the eyes of his friends or RSS. So, trial court has erred in not applying its mind on this aspect.

Further, the Court has held that the contents of complaint suffers from vices of illegality or infirmity as the complainant has not been able to show as to how he is the "person aggrieved" within the definition of Section 199(1) Cr.P.C. The complainant is not a part of "identifiable class" or definite "association or collection of persons" as enumerated in Explanation (2) to Section 499 of IPC.

The Court observed that the trial court, while taking cognizance of the complaint, has not taken into consideration the provisions of law.

A complaint was filed based on an article titled as "The Long and Short of it" published in March 2016 in the newspaper Business Standard and was also available on the website, authored by Mitali Saran. The complaint, filed by Advocate Lohitaksha Shukla, alleged that the article is not based on facts and contains some defamatory insinuations against RSS and its members, as it accused members of RSS being oppressive to Indians, mentally disturbed and disrespectful to Indian National Symbols ridden with psycho sexual complexes, practitioners of discrimination based on caste and physically unfit. The complainant, who was informed about the publication of the article by his friends averrs that being a member of RSS, his reputation has been adversely affected.

The newspaper Business Standard and its editorial director A.K. Bhattacharya sought quashing of the complaint and the summoning order issued by the Metropolitan Magistrate, where it was stated that sufficient material exists for summoning the accused 3 u/s 500 IPC. The quashing of the complaint was sought on the ground that if a Magistrate were to take cognizance of the offence of defamation on a complaint filed by one who is not an "aggrieved person", the trial and conviction of an accused in such a case by the Magistrate would be void and illegal. The petitioner further alleged that it is absolute abuse of process of law and it has been filed to harass the petitioners.

The author of the article Mitali Saran also sought quashing of the impugned order stating that in the pre-summoning evidence, no evidence had been led by the complainant in support of his complaint and the trial court had erred in not appreciating that the complainant was not a member of RSS, which is essential to establish as an "aggrieved person" for the purpose of Section 199 Cr.P.C. and had thus, no locus to file the complaint.