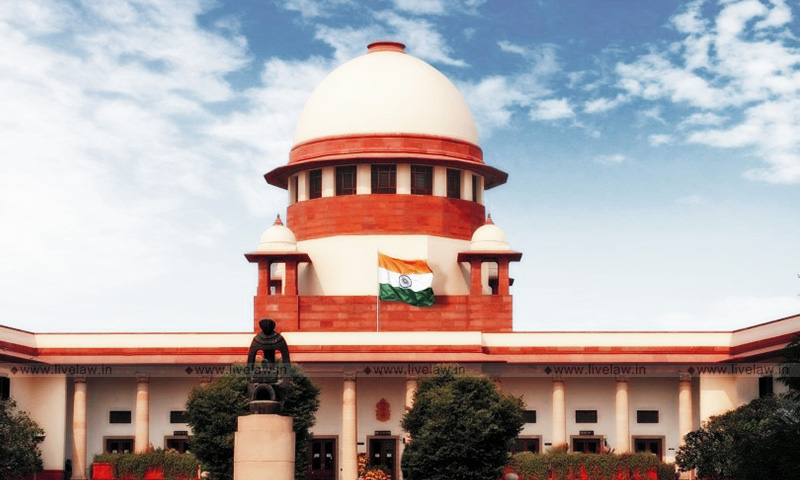 A resident of Gurgaon, Amina Shervani claims that the provisions regulating Muslim marriages, divorce, alimony, etc. under the Muslim personal law are rather beneficial.

She claims that the contractual nature of Muslim marriage helps Muslim women to impose such conditions on their marriage, that safeguard their interests in the face of uncertainties of marital life.

The application further proceeds to elucidate provisions like Mehr (customary consideration for Muslim marriage), types of divorce, etc., available under the Muslim personal, that are purportedly beneficial to the community.

Through the marriage agreements under the Muslim personal laws, the applicant states, Muslim women have a right to Mehr— a "substantial" consideration for marriage. Mehr cannot be meagre under Islamic principles, she states.

Provisions of Mediation and Speedy settlement of matrimonial disputes:

The application avers that resolution of matrimonial disputes through mediation is provided for under Islamic matrimonial jurisprudence. It is submitted that such dispute settlement protects the parties from "protracted adversarial litigation" which entails immense hardship and humiliation to women in particular.

The application states that under Muslim Personal Law, a Muslim woman can divorce her husband in the following 5 ways:

In this backdrop, Shervani seeks to oppose the PIL. She has also question the locus standi of the Petitioner and states that the instant petition is a blatant attempt to take away the agency of women like her.

The plea further states that the petition is a deliberate attempt to interfere with the cultural and customary practices and usages that enjoy the protection of Articles 25 and 26 of the Constitution of India.

"The divorce issue raised in the Writ Petition transcends into the domain of cultural & customary rights that are intertwined with the right to freely profess and practice religion," the application states.

He had pointed out that Hindus, Buddhists, Sikhs and Jains have to seek divorce under the Hindu Marriage Act 1955, while Muslims, Christians & Parsis have their own personal laws. Couples belonging to different religions have to seek divorce under the Special Marriage Act, 1956. If either partner is a foreign national then the Foreign Marriage Act 1969 applies. Hence, grounds of divorce are neither gender neutral nor religion neutral, and are discriminatory under Art. 14, 15 and 44 of Indian Constitution.

On December 16, the Supreme Court agreed to issue notice on the petition however, however, while doing so the CJI remarked "We are issuing notice with great caution."

During the hearing, the CJI had expressed disinclination towards interfering with personal laws. "You are asking us to encroach upon personal laws and remove the distinction that they create," the CJI had said.