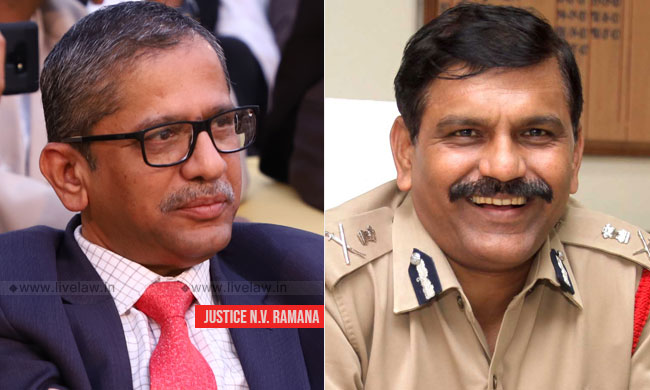 After CJI Gogoi and Justice Sikri, it was the turn of Justice N V Ramana today to recuse from hearing the plea challenging appointment of M Nageshwara Rao as interim CBI director. Saying that he has previously attended Nageshwar Rao's daughter's wedding and that he is also acquainted with his son-in-law, Justice Ramana sought to recuse from hearing the petition filed by NGO Common Cause...

After CJI Gogoi and Justice Sikri, it was the turn of Justice N V Ramana today to recuse from hearing the plea challenging appointment of M Nageshwara Rao as interim CBI director.

Saying that he has previously attended Nageshwar Rao's daughter's wedding and that he is also acquainted with his son-in-law, Justice Ramana sought to recuse from hearing the petition filed by NGO Common Cause and RTI activist Anjali Bhardwaj.

This announcement led to the disappointment ot Dushyant Dave, senior counsel appearing for the petitioners. "First, the Chief Justice, then Justice Sikri...Everybody is recusing...Should we go to the Delhi High Court?", Dave remarked.

"Please understand. If it was not so, I would have definitely allowed...I will pass an order and request the Registrar to place it on board as per the Chief Justice's directions...",  Justice Ramana responded.

"Can I request you to have it listed tomorrow?", urged the Senior Advocate.

"The listing is the Registrar's choice...", observed the judge.

On January 21, CJI Gogoi had recused from hearing the petition, citing the reason that he was part of the High Powered Committee for selection of next CBI Director. The matter was therefore assigned to the bench headed by Justice Sikri, the next senior judge.

It may be noted that Justice Sikri was part of the High Powered Committee which took the decision to remove Alok Verma as CBI Director, two days after he was directed to be reinstated by the SC. Then the Government appointed Nageswara Rao as interim Director. Though, Dushyant Dave, senior advocate appearing for the petitioners expressed that they have no objection in Justice Sikri hearing the petition, he said "I have my predicaments".

Verma submitted his resignation on January 12, after the Committee's decision to remove him as CBI Director. The Committee comprising PM Modi, CJI Gogoi and Leader of Opposition Mallikarjun Kharge is yet to decide on the next CBI Director.

However, this earlier arrangement i.e. Order dated October 23, 2018 making him interim CBI Director, had been quashed by the Supreme Court on January 8 in the Alok Verma case. However, the government still invoked its earlier order which had been quashed, to once again make Nageshwar Rao Interim Director of the CBI, contended the petition. RTI activist Anjali Bhardwaj is a co-petitioner in the PIL, which also alleges that the Government was not following a transparent process in the appointment of CBI Director.