CBI's 'Mobocracy' Argument, Based On Newspaper Reports, Not Grounds For Transfer Under CrPC : Luthra Argues In Narada Case 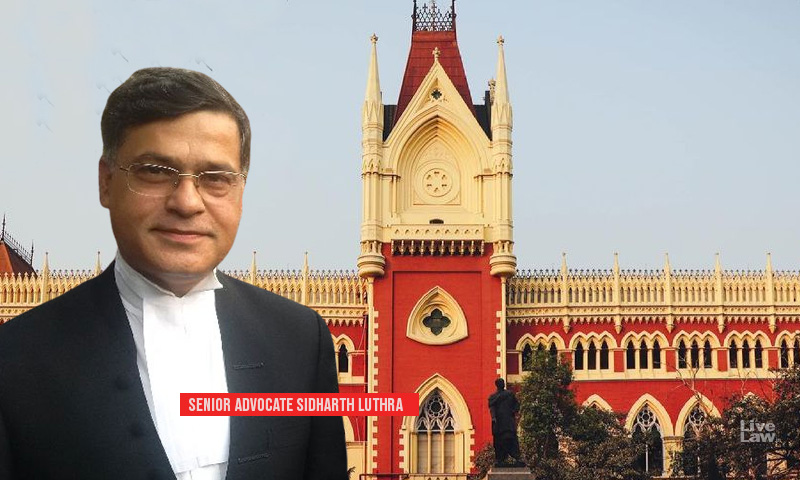 Senior Advocate Siddharth Luthra concluded his arguments today in CBI's application for transfer of Narada Case from the Special CBI Court to the High Court on the ground of 'mobocracy' and perception of common man. A 5-Judge Bench comprising of Acting Chief Justice Rajesh Bindal, and Justices IP Mukherjee, Harish Tandon, Soumen Sen and Arijit Banerjee is hearing the matter. He...

Senior Advocate Siddharth Luthra concluded his arguments today in CBI's application for transfer of Narada Case from the Special CBI Court to the High Court on the ground of 'mobocracy' and perception of common man.

He stated that the principle of common man perception- which forms the foundation of CBI's case- has been diluted and is no longer good law.

In this regard, he cited the Supreme Court's verdict in Kumaon Mandal Vikas Nigam Ltd v. Girja Shankar Pant, which followed the Locabail judgment of UK Court of Appeal, on the proposition that mere apprehension of bias is not a necessary consideration for drawing conclusions.

"If allegations pertaining to bias is rather fanciful and otherwise to avoid a particular court, tribunal or authority, question of declaring them to be unsustainable would not arise. The requirement is availability of positive and cogent evidence," the Top Court had held.

In this backdrop, Luthra insisted that there should be "substantial and grave injustice" to make out a case of court proceedings being vitiated.

The term 'failure of justice' is sine qua non for setting aside proceedings as vitiated. The CBI has failed to show that, he said.

He cited the case of Multtani v. State of Karnataka to argue that criminal courts and especially superior courts should make a close examination to ascertain whether there was really a failure of justice or whether it is only a camouflage.

Reliance was also placed on Ashish Chadha v. Asha Kumari where it was held that transfers ordered merely on the say-so of a party have a "demoralizing effect" on trial courts and unless a very strong case based on concrete material is made out, such transfers should not be ordered.

That apart, Luthra stated that existence of none of the conditions contemplated under Chapter 35 of CrPC regarding irregularity of Court proceedings have been shown by CBI.

"Section 461 CrPC provides irregularities which vitiate proceedings. CBI's whole mobocracy argument, based on news reports, is not covered under this provision. Its case does not pass the test of Section 465 CrPC which employs the phrase 'failure of justice'" he said.

Luthra has also challenged the maintainability of CBI's transfer-cum-writ petition on the ground that the agency has alternate remedy.

"Special Court's order granting bail was a judicial order, not amenable to writ jurisdiction under Article 226. Assuming there was breach of peace, they could invoke Section 186, 189 of IPC. But they choose to come straight to High Court. Even as per Section 4 of the Prevention of Corruption Act, cases under the Act are triable by Special Judges only," he submitted.

Reliance was placed on HCL Infosystem Ltd v. CBI on this point that cases under the PC Act are triable by notified Special Judges.

He added that a Special Judge is empowered to take cognizance without the accused being committed, and in trying the accused persons he is required to follow the procedure for trial of warrant cases by a 'Magistrate'.

"In this context, the prayer made by CBI before the High Court on May 17 was amorphous. The petition must be thrown out," he remarked.

He cited the case of State of Punjab v. DP Bhullar to argue that if an order is pronounced without jurisdiction (in this case High Court's stay order) or without giving an opportunity of being heard to a party affected by it, inherent powers can be exercised to recall such order.

"Accused is entitled to hearing before bail is cancelled. Audi alteram partem is not simply an administrative law principle. It is first a Universal principle," he added.

At this juncture, Justice Soumen Sen asked Luthra: Accused are not by-standers. They are persons with political links. Assuming that you created a situation to obtain an order in your favour, can you claim natural justice?

"An order cannot be passed in absentia. Please test our liberty on anvil of CrPC, on suo moto judgment of Supreme Court, and on principles of bail jurisprudence," Luthra responded.

The Bench will continue hearing the matter on Monday. It will also hear an intervention application filed through Advocate Bibek Jyoti Basu.

Solicitor General Tushar Mehta has raised his objections as to locus of the intervenor however, the Court observed that it will decide the issue after hearing the parties.