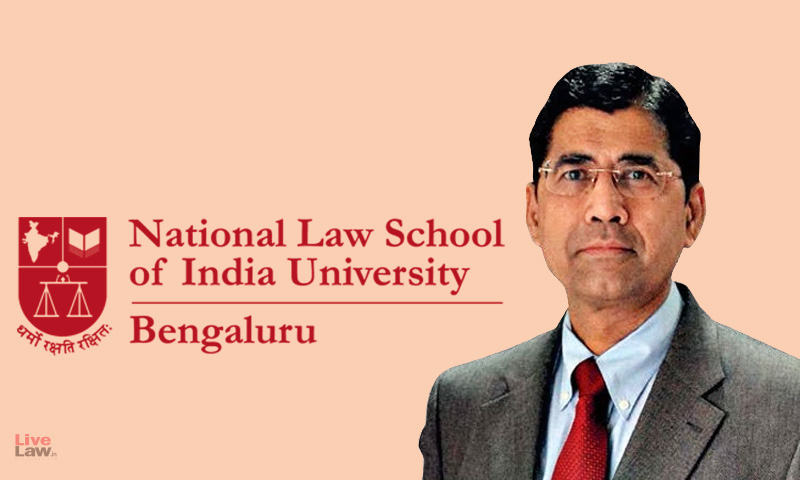 "There are more than enough safety measures to ensure absence of malpractices", submitted Senior Advocate Arvind Datar, on behalf of National Law School of India University, Bangalore, in a plea filed by Former VC of NLSIU, Prof. (Dr.) RV Rao and an aggrieved law school aspirant challenging the sudden withdrawal of NLSIU from Common Law Admission Test (CLAT) 2020 and its decision to...

"There are more than enough safety measures to ensure absence of malpractices", submitted Senior Advocate Arvind Datar, on behalf of National Law School of India University, Bangalore, in a plea filed by Former VC of NLSIU, Prof. (Dr.) RV Rao and an aggrieved law school aspirant challenging the sudden withdrawal of NLSIU from Common Law Admission Test (CLAT) 2020 and its decision to hold the separate National Law Admission Test (NLAT).

Yesterday, the Supreme Court Bench of Justices Ashok Bhushan, R. Subhash Reddy and MR Shah had heard arguments advanced by Senior Advocates Nidhesh Gupta and Gopal Sankaranarayanan, appearing on behalf of the Petitioners(Report about yesterday's hearing may be read here).

Today, Datar continued his submissions on the role of the EC and the AC, and whether NLSIU being a member of the Consortium could have conducted the exam.

Justice Bhushan told Datar that a large number of students had been deprived of the exam as many had registered for CLAT as well as NLSIU due to its premier nature. Datar was then asked to address the issue of whether the conduct of the exam was a violation of Article 14.

Datar initially raised the issue of locus standi and submitted that NLAT should have been challenged by CLAT itself. But, the Petitioner was a former VC. On the aspect of maintainability, Datar said that the VC was not associated with NLAT at all and yesterday, they had written to NLSIU saying that funds of Rs. 4 crore had to be transferred.

Justice Bhushan responded that these were consequent actions and that CLAT had to be held. Datar said, "I am only saying that I have nothing to do with it".

"With regard to the conduct of the examination, all provisions will apply to UG and PG courses (under NLSI Act). NLSIU has autonomy over admission process. The proposal of AC put this forth – AC proposes and EC approves. Action is to be taken as per AC since 1987", averred Datar.

He then went on to delineate the background of the Consortium and said, "National law schools got together. From 2007, we conducted the CLAT. CLAT 2018 came under a clout and that's how a society was formed. However, no mandate by the SC on this. EC has the power to act and does not require approval of AC".

At this juncture, Justice Reddy asked Datar, "Once you are registered under society and conducted common entrance test, were you a member of the society or not? Once you're a member, you're governed by decisions of the society. Can you unilaterally take a decision and go against the society?"

Datar then submitted to the Bench that he would deal with the question of how he had informed them. He further stated that no explanation had been given by the Consortium for postponing CLAT 2020 to 20th September.

Justice Shah noted that in its Rejoinder, WBNUJS had conveyed that there was a lockdown in West Bengal.

Datar responded, "The lockdown was not till 20th September. This was a plan to make sure somehow NLS is frustrated from it and I'll make good this submission".

Datar then took the Bench through the instances which highlight the number of times the Consortium was conveyed that NLSIU could not have delayed having CLAT 2020.

"Meeting of Consortium was held on August 27. They say that my consent was taken. My stand is that it was not taken. Governing body is the Apex body and when it has decided already for 7th September to hold CLAT, then why was the same not done to postpone it further? Hold it on 8th or 9th, why delay it more? They did it deliberately. I repeatedly said that it needs to be held sooner", argued Datar.

Justice Bhushan asked Datar if this had been signed. Datar responded that it had not as it was an email copy and they could not sign it as EC had asked the University to conduct the exam independently if CLAT was not conducted by 7th September.

Datar then read out the bylaws, objectives and the functions, constitution of the governing body to the Bench.

"This is only a society, not cooperative society. We are registered under the Societies Registration Act. Bylaws are not fully implemented. For MPhil, we conducted our own exam. For autonomy, we can conduct separate exam. We said that will go back to CLAT 2020 next year. If, for some reason they are unable to comply in light of extraordinary situations, I can conduct my own exam", submitted Datar.

The Bench noted that Datar himself had admitted there had been malpractices during the conduct of the exam, for example, the case of leak of papers. Datar stated that an FIR had been lodged in that regard.

Datar then submitted that when CLAT was postponed, a faculty meeting took place to consider what actions could be taken, and the options before them were either conducting an online entrance exam at centres identified across the country or a home-based proctored online exam.

"The statement of Mr. Sankaranarayan that student had bought tickets for cricket and watched football instead is wrong. It was more of an ODI over a test match", said Datar. Justice Bhushan responded that the students had prepared for the two hours examination of CLAT and that had been made into 45 minutes at the last minute. Datar stated that the number of questions had been reduced as well.

Justice Reddy then asked Datar why only 20000 students had appeared, even though it was a top law school. Justice Shah added that due to shortage of time, the students had been deprived of the opportunity to apply for the exam. Datar informed the Bench that the students had 9 days to apply, which was more than enough.

Datar concluded his arguments by submitting that the allegations of "zero year" was a bogus claim as many important stakeholders had stated that zero-year could be attracted due to non-conduct of exam.

"We are a BA LL.B course. We conducted 3+3 in 5 years. More than enough safety measures to ensure the absence of malpractices. This worked, AI is in place to ensure safety before, during and after the exam. This is so great, why are we stopping it? Is this really public spirited?", concluded Datar.

The hearing is underway before the bench, with Senior Advocate Sajan Poovayya making submissions for NLSIU VC, Professor Sudhir Krishnaswamy. Complete updates from the hearing may be read here.

The NLSIU cited the repeated postponement of CLAT on account of COVID-19 as a reason for the decision behind a separate test. It said that the University is under a compulsion to complete the admission process by September end, as it follows a trimester system distinct from other National Law Universities.