"No Evidence Of Corruption Against Alok Verma", Justice Patnaik Speaks Out Against High Powered Committee 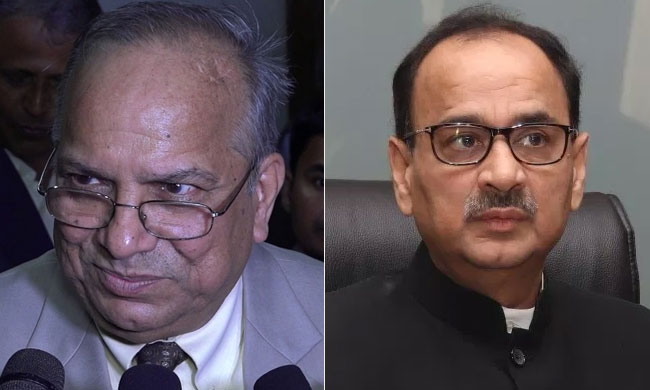 Justice A K Patnaik, the former SC judge who was appointed to monitor the CVC probe against Alok Verma, has spoken out against the decision of the High Powered Committee to remove him as CBI Director.

"There was no evidence against Verma regarding corruption. The entire enquiry was held on (CBI Special Director Rakesh) Asthana's complaint. I have said in my report that none of the findings in the CVC's report are mine." Justice Patnaik told The Indian Express.

On Thursday, the Committee under Section 4(1) of the Delhi Special Police Establishment Act(DSPE Act), consisting of Prime Minister Narendra Modi, SC judge Justice A K Sikri(CJI nominee) and Leader of Opposition Mallikarjun Kharge had decided to transfer him to the post of Director General Fire Services, for his residual term which will end on January 31.The decision was taken with the concurrence of PM Modi and Justice Sikiri, amidst dissent of Kharge

Notably, no reasons were stated in the order transferring Verma from the post of CBI Director and no hearing was given to him.

Responding to the development, Justice Patnaik, who was appointed by the CJI-led bench on October 25 to supervise the CVC probe against Verma, said "Even if the Supreme Court said that the high-power committee must decide, the decision was very, very hasty. We are dealing with an institution here. They should have applied their mind thoroughly, especially as a Supreme Court judge was there. What the CVC says cannot be the final word."

"There was no evidence against Verma regarding corruption. The entire enquiry was held on (CBI Special Director Rakesh) Asthana's complaint. I have said in my report that none of the findings in the CVC's report are mine." Justice Patnaik told The Indian Express.

Alok Verma yesterday submitted a letter to the Department of Personnal and Training, expressing his unwillingness to assume charge as Director General Fire Services.

In the letter, he said that the complainant, Rakesh Asthana, had never appeared before Justice Patnaik. He also mentioned that the "Justice Patnaik has concluded that the findings/conclusions of the (CVC) report are not his". This claim of Verma has been confirmed by Justice Patnaik in his interview to The Indian Express.

"The Supreme Court entrusted me with a responsibility of supervising, so I ensured my presence, the Sana evidence etc, and I ensured that principles of natural justice were applied. Verma had access to all the documents and got a personal hearing. The enquiry was completed in fourteen days, it was all done. Thereafter, it was for the Supreme Court to decide. The report was 50 pages but there were 1,000 pages of annexures," he said.

How could Verma be transferred from post of CBI Director when he has already superannuated in July 2017?

Another legal issue which arises out of the controversial order issued by the Committee is, how could it order the transfer of Verma, when he has already superannuated in July 2017? 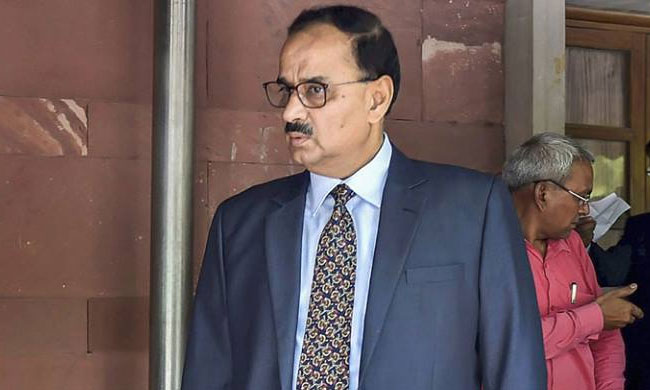 As per Section 4B(1) of DSPE, CBI Director gets a fixed term of two years, despite superannuation. So, it is only by virtue of his office as CBI Director that Verma continued to be in service.

It is odd that the Committee, which consisted of a Supreme Court judge, omitted to take notice of this legal issue.

The only option before the Committee, if it was not in favour of Verma continuing in the post, was to remove him. But, removal can be ordered only after hearing him. The order might have been styled a 'transfer order', as transfer, being an incidence of service, will not require a pre-decision hearing always.

Perhaps, in its anxiety to avoid giving a hearing to Verma, the Committee might have chosen to transfer him, overlooking the other legal infirmity.

Interestingly, Verma has pointed out this fact in his letter to DoPT by stating the he "would have already superannuated as on July 31,2017 and was only serving the Government as Director, CBI till January 31, 2019, as the same was a fixed tenure role. The undersigned is no longer Director, CBI and has already crossed his superannuation age for DG Fire Services".

On this premise, he told DoPT to consider him as superannuated with effect from January 11.

On January 8, Supreme Court had quashed the orders of CVC and DoPT which had divested Verma of the charges of CBI Director. The Court reasoned that the action by Centre against Verma amounted to "transfer", which required prior consent of the High Powered Committee under Section 4(1) of the Delhi Special Police Establishment Act.

Since the overnight orders issued against Verma on October 23 divesting him of powers of CBI Director had no prior consent of the Committee, the SC quashed them. However, the SC also clarified that the issue regarding suitability of Verma to continue as CBI Director, in view of the allegations against him, was open to be considered by the Committee. Accordingly, the Committee was directed to take a call on this within a week. Verma's reinstatement was made conditional on Committee's approval, and he was restrained from taking major policy decisions until then.