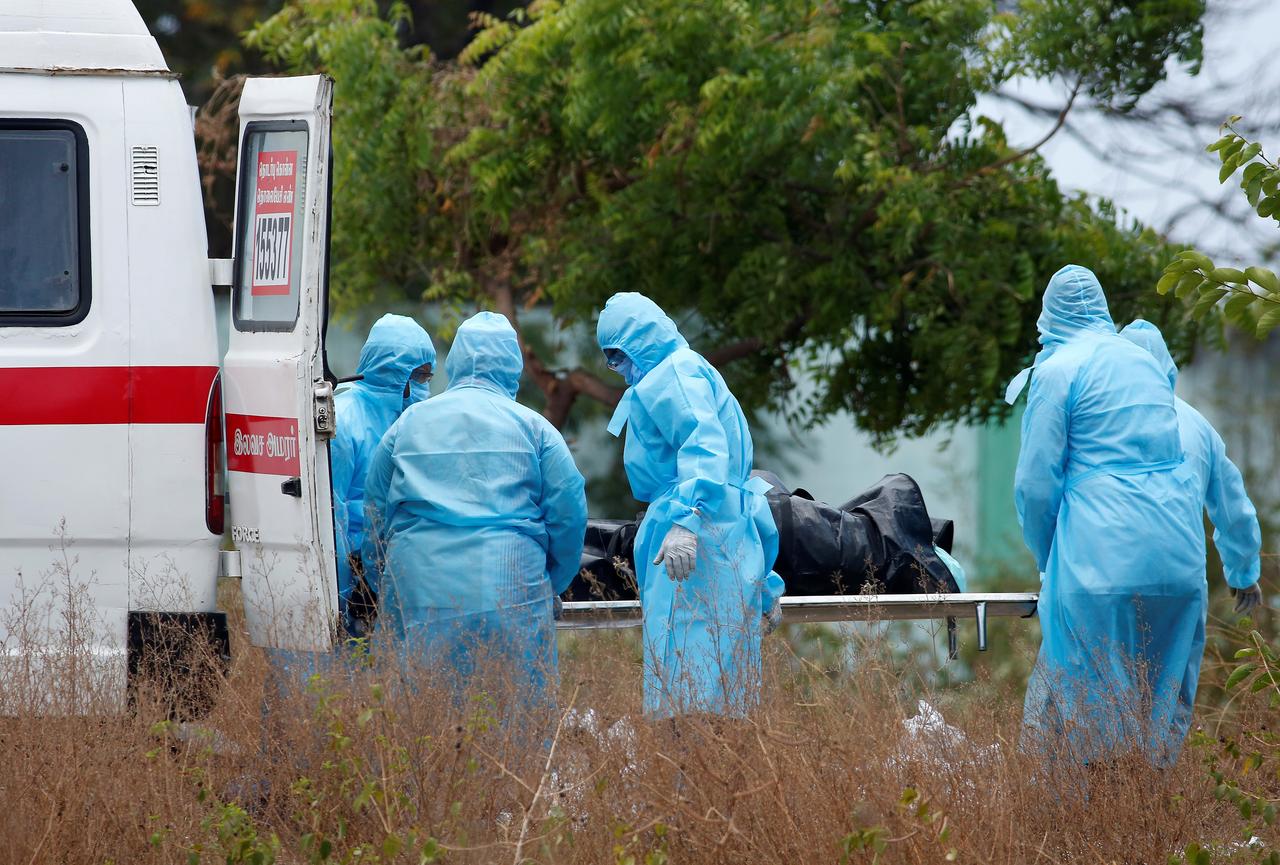 The Bombay High Court on Friday dismissed the writ petition filed by few Mumbai residents challenging the permission granted by Municipal Corporation of Greater Mumbai to use three cemeteries (kabristan) in Bandra for burial of Covid-19 victims as they feared a community spread. A Division bench of Chief Justice Dipankar Datta and Justice SS Shinde observed that there is no scientific data...

The Bombay High Court on Friday dismissed the writ petition filed by few Mumbai residents challenging the permission granted by Municipal Corporation of Greater Mumbai to use three cemeteries (kabristan) in Bandra for burial of Covid-19 victims as they feared a community spread.

A Division bench of Chief Justice Dipankar Datta and Justice SS Shinde observed that there is no scientific data to support the petitioner's claim that the virus is transmitted through burials and held that the Corporation had the authority to grant such a permission and demarcate cemeteries accordingly.

The Court observed that right to decent disposal of dead bodies was a facet of right to life under Article 21 of the Constitutions, and said that the petitioners were "insensitive".

"We have found the petitioners to be rather insensitive to others' feelings", the Court said.

"Right to a decent burial, commensurate with the dignity of the individual, is recognized as a facet of the right to life guaranteed by Article 21 of the Constitution. There is, thus, no reason as to why an individual who dies during this period of crisis because of suspected/confirmed COVID-19 infection would not be entitled to the facilities he/she would have otherwise been entitled to but for the crisis", the bench observed.

Court heard the writ petition via video conferencing on Wednesday and reserved its judgement in the matter. The bench noted that although this is a fit case for imposing exemplary costs however, because the petitioners were scared due to the prevailing conditions as a result of the spread of Covid-19, no cost will be imposed. Court directed MCGM to ensure strict compliance of guidelines for burial of bodies of Covid-19 victims.

On April 9, MCGM had granted permission for burial of bodies of Covid-19 victims in three kabristans in Bandra. Then, on April 13, after nearby residents protested against burial of dead bodies at the cemetery ground, police locked the gates of the cemetery. Residents feared that allowing burial in densely populated areas will lead to community spread.

Thereafter, residents led by Pradeep Gandhy living near the three cemeteries moved the High Court challenging the order of the Corporation through Advocates Amogh Singh and Gaurav Shrivastav. However, High Court refused relief in an order dated April 27. Thus, Gandhy filed a special leave petition before the Supreme Court and in an order dated May 4, the Supreme Court directed the High Court to decide Gandhy's plea expeditiously within two weeks.

Following this, during a hearing before the High Court on May 19, Senior Counsel appearing for MCGM, Anil Sakhare, opposed the plea and submitted an affidavit in reply saying burial of the victims cannot lead to spread of virus in adjoining areas.

"It is well established and declared by the World Health Organization (WHO) that Covid-19 virus is not air bound and hence transmission of the virus to other people staying in the vicinity of the burial ground is highly impossible.

The transmission cannot happen unless people in the locality come in direct contact with the body brought for burial or cremation. Direct contact of people staying in the locality with a body is impossible, as it is wrapped in plastic by hospital staff before handing it over to relatives for the last rites."

Moreover, in Wednesday's hearing, intervention applications filed against the petitioner's challenge to MCGM's order by three different masjids located around the burial grounds were admitted.

Advocate Pratap Nimbalkar appearing for Kabristan Trustees opposed the plea stating that the petitioners did not place any scientific reasoning to show that coronavirus spreads through dead bodies. He also submitted that due process was being followed before disposing of the bodies.

Finally, the bench accepted the aforesaid submissions by counsels for the intervenors, MCGM and the State. Court held that since there is no scientific data to back the assertion that coronavirus spreads through cadavers and that the civic chief is empowered to issue the said circular, the petition is dismissed without costs.