Calculated Acts Of One Parent To Alienate Child From Other Parent Amount To "Mental Cruelty" : Kerala High Court 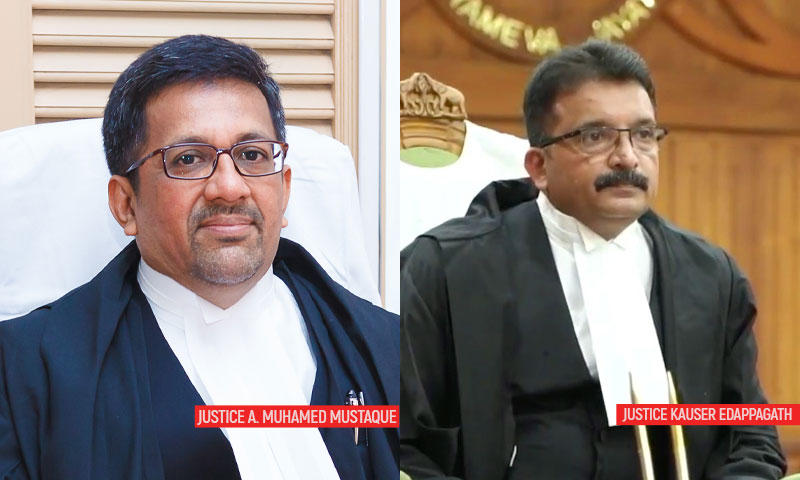 The Kerala High Court has ruled that any act by a parent that resulted in a denial of a child's love and affection to the other parent by alienating the child amounts to mental cruelty. Deciding a matrimonial appeal filed by a husband accusing his wife of cruelty, the Justices A Muhamed Mustaque and Dr Kauser Edappagath said, "Nothing can be more painful than experiencing...

The Kerala High Court has ruled that any act by a parent that resulted in a denial of a child's love and affection to the other parent by alienating the child amounts to mental cruelty.

Deciding a matrimonial appeal filed by a husband accusing his wife of cruelty, the Justices A Muhamed Mustaque and Dr Kauser Edappagath said,

"Nothing can be more painful than experiencing one's children—one's own flesh and blood—rejecting him/her. The above acts of the respondent willfully alienating the child from the appellant, no doubt, constitute mental cruelty..."

What transpired in Court

The Court made this pronouncement while allowing an appeal filed by a husband against his wife. The appellant had filed for divorce on the ground of cruelty. His earlier petition was dismissed by the Family Court in Thrissur.

Their marriage, solemnised in 2009 as per the Hindu Marriage Act, witnessed regular instances of outrage and resentment, causing the appellant serious mental agony and pain, the appellant argued. After two years of marriage, a daughter was born to the couple.

Before Court, the appellant-husband submitted that he was told about the delivery of his own child through family friends. Even though he rushed to the hospital, he was not permitted to see the child and was obstructed from entering the hospital by the relatives of the wife, he told the Court.

He went on to argue that he and his parents were completely isolated from the child and the wife even refused to send him a photo of his child. Only after the District Legal Services Authority intervened was he able to meet child, it was asserted.

"The respondent intentionally alienated the child from the appellant depriving his parental right to be loved by the child. It amounts to nothing but mental cruelty", Gopal's counsel iterated.

Finding force in the argument raised by the appellant, the court emphasized that physical violence is not absolutely essential to constitute cruelty. Significantly, the Bench ruled that parents had a right to receive the love and affection of a child.

From the facts, the Court pointed out that the appellant had suffered cruelty at the hands of the wife, both physical and mental and found nothing to discredit the appellant's testimony that his wife constantly showered abuse and filthy language and even went as far as to physically assault his parents. Adding to this was the fact of parental alienation, the Court pointed out.

Applying the preponderance of probabilities principle, the Court concluded that the appellant had suffered mental cruelty at the instance of his wife.

Therefore, his application for dissolution of marriage on grounds of cruelty was accepted by the Court.

How the Court described 'mental cruelty'

The Court laid down the following principles to explain mental cruelty –

The Court pointed out that the Family Court had rejected the appellant's plea for divorce under the Hindu Marriage Act citing Section 23(1)(b). The Section dissallows a divorce to be decreed if the petitioner condoned the cruelty in any manner.

Noting that the term 'condonation' had not been elaborated, the Court explained that it would imply "wiping of all rights of injured spouse to take matrimonial proceedings."

"In a sense, condonation is reconciliation, namely, the intention to remit the wrong and restore the offending spouse to the original status which in every case deserves to be gathered from the attending circumstances", it was ruled.

"condonation of matrimonial offence deprives the condoning spouse of the right of seeking relief on the offending conduct. However, condonation cannot be taken to be an absolute and unconditional forgiveness. Therefore, in case the matrimonial offence is repeated even after an act of condonation on the part of the spouse, it gets revived on the commission of subsequent act resulting in matrimonial disharmony. Past acts of cruelty even after condonation are grounds to seek divorce if revived by later acts of cruelty", the Curt elaborated, relying on the Supreme Court's dictum in NG Dastane and other cases.

From the facts, the Court noted there was nothing on record that demonstrated that there was forgiveness and restoration between the parties or that the appellant had condoned of the respondent's cruelty. The lower court's rejection of the petition citing Section 23 was not legally sustainable, the High Court concluded.