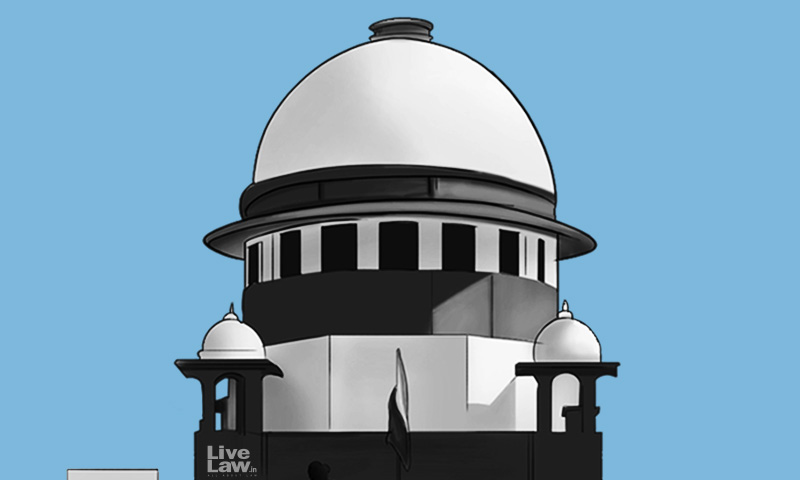 The Supreme Court on Friday issued notice in a plea filed for protection of rights of Parsi women, challenging ostracisation of a Parsi Zoroastrian and her offspring on the grounds of her marriage to an individual of a different lineage, race or religion.The petition seeks to declare the practice of excommunicating Parsi Zoroastrian women for marrying non Parsi men and any...

The Supreme Court on Friday issued notice in a plea filed for protection of rights of Parsi women, challenging ostracisation of a Parsi Zoroastrian and her offspring on the grounds of her marriage to an individual of a different lineage, race or religion.

The petition seeks to declare the practice of excommunicating Parsi Zoroastrian women for marrying non Parsi men and any resultant discrimination only by reason of marriage of this particular gender as being discriminatory and unconstitutional.

This petition has asserted the right of a woman to belong to the community and religion into which she was born irrespective of whom she marries.
A Division Bench comprising Justice Abdul Nazeer and Justice Krishna Murari, however, orally observed that the question involved in the present matter is one of the points which is covered in the Sabarimala Reference, and even if the same issue is not covered, that judgement may have a direct bearing on the present issue as well.
"This very question is one of the points in the 9 Judge Sabarimala Bench, all these issues are covered in the Sabarimala reference," the Bench said.
"All I'm asking is to be heard", Senior Advocate Percival Billimoria appearing for petitioners said.
"9 Judge Bench has to be reconstituted now. This very question is being considered there." the Bench said.
"There are certain differences, let notice be issued and if after that the Court can see if it believes, I can't be before the Sabarimala Bench as the pleadings are not completed",  Senior Counsel said.
The Bench further observed "Assuming that this very question is not there, even otherwise that judgement may have a direct bearing on this issue also. Ultimately this is what is considered there, all personal laws violative of article 14 have to be examined there."
"Issue notice, let us see",  the Bench said.
During the hearing, Senior Advocate Percival Billimoria submitted that there here are some major issues in the present case pertaining to the rights of Parsi women to not be ostracised when they marry outside the Parsi community.
"This has nothing to do with religion. Because when we say somebody is a Parsi, it refers to ethnicity and race. His religion is Zoroastrian.The phrase that is applied is Parsi Zoroastrian." Senior Advocate Percival Billimoria said.
"Is there any difference between Zoroastrian and Parsi?", the Bench asked.
Explaining the difference, Senior Counsel submitted that while Parsi is a race, Zoroastrian is a religion and the two cannot be used interchangeably.

"There is a 1908 judgement of the Bombay High Court of a 2 Judge Bench which is continuously misused. That judgement had a limited issue of whether somebody is entitled to be benefit of a charity. That judgement could not have possibly contemplated that there would be constitution which would grant fundamental rights. They define Parsi in a familiar limited sense which is people who landed from Iran 3000 years ago & their lineal descendants." the Senior Counsel said.

"There are major issues over there pertaining to gender rights, one of race, therefore I am directly hit by article 15 as I am being discriminated against on basis of my race." He said.
The writ petition has been filed by a Parsi Zoroastrian who is married to an individual who is not considered to be a Parsi, and her son who does not have the same religious rights as a practising Zoroastrian due to that reason. The mother has asserted her right to uniformly and unequivocally continue to practice and profess the faith she was born into and also to bring up her own child within the said faith, or for the child to be accepted within the community on social non-religious matters.
The plea has argued that the community and religion of a Parsi woman's birth should not ostracise her or her offspring as a consequence of her marriage to an individual of a different community.
Women Should Be Free To Exercise Choice To Marry:
The petitioner has stated that marriage is a personal choice and is an essential element of the fundamental right to freedom and equality guaranteed by the Constitution of India.
Therefore, Women should be free to exercise that personal choice without having to face the consequence of being ostracised from the society, community and religion she was born into. The community and religion of her husband should not compel her to convert after her marriage or make it a condition to such marriage and at the same time.
A Section Of Parsi Community Believes They Are Racially Superior:
The plea has argued that a section of the Parsi community, believes that Parsis are racially superior being of Aryan descent and insist that intermarriage of Parsis with other races "dilutes" and "contaminates" the ethnicity of the Parsis. Therefore, they actively discourage intermarriage by socially excluding and ostracising children born of intermarriages.
Discrimination Against Children:
The plea has also stated that young impressionable children are victimised simply because their mother is a Parsi but did not marry a Parsi. Some children born of intermarriages where the father is a Parsi married to a non-Parsi are not discriminated, but the discrimination is prevalent and accepted as the norm where the child's mother is a Parsi but not the father.
The petitioner has argued that the discrimination on the basis of gender is justified on the grounds of it being the law of India, as set out in a 1908 decision of the High Court of Bombay in Petit v. Jeejeebhoy, 1908 which has also been challenged in the present case. According to the petitioner, the case dealt only with the limited question of who can benefit from private endowments set up for Parsis.
Zoroastrian Religion Does Not Place Any Such Embargo:
The plea has argued that Zoroastrian religion does not discriminate on grounds of gender and both a man and a woman have equal rights to practice and profess the religion. However, despite the religion of Zoroastrianism not placing any such embargo, the Parsi community in India discriminates against Parsi women who marry individuals who are non-Parsis and routinely excommunicates their children.

"Such Parsi women are deprived of the right to raise their children as Parsis and commonplace social rights are denied to them. The same treatment is not meted out to Parsi males marrying a non-Parsi and their offspring from inter-marriages. Parsis are a race and ethnic group and ostracisation of a Parsi Zoroastrian and her offspring on the grounds of her marriage to an individual of a different lineage, race or religion is contrary to basic human rights and the fundamental rights guaranteed by the Constitution of India" the plea has added.

On November 14, Supreme Court had decided to keep the review petitions in Sabarimala matter pending until a larger bench determines questions related to the essential religious practices.
A 5-judge bench headed by the then CJI Ranjan Gogoi observed by 3:2 majority that certain issues in the Sabarimala review were common to the pending cases concerning women's entry into Mosques, the validity of the practice of Female Genital Mutilation among the Dawoodi Bohra community and the right of Parsi women who had married outside the community to enter Fire Temples.
A 9 judge bench of the Supreme Court had in February last year assembled to frame the questions of law to be considered by the Bench on the following matters referred in Sabarimala Reference, including Entry of Women to Sabarimala Temple, Female Genital Mutilation, Entry of Muslim Women to Mosques and Parsi women entry.
(Case Title : Master Rian R Kishnani(minor through her mother Sanaya Dalal) v. Union of India and others).
TagsSupreme Court Parsi Woman Sabarimala Reference Sabarimala Judgment Parsi women entry in fire temples #Right to marry Justice Abdul Nazeer Justice Krishna Murari Article 15 Article 14
Next Story
Similar Posts
+ View more
Law Firms
+ More