Purchaser Of Goods For Commercial Purpose Is A Consumer If He Uses It Himself For Earning His Livelihood: SC [Read Judgment] 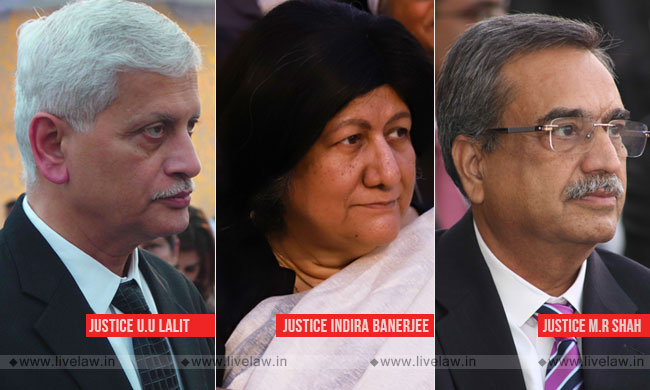 The Supreme Court reiterated that if the commercial use of goods is by the purchaser himself for the purpose of earning his livelihood by means of self-employment, such purchaser of goods is a "consumer'".

The bench comprising Justice Uday Umesh Lalit, Justice Indira Banerjee and Justice MR Shah was considering an appeal against the order of National Consumer Commission which dismissed a complaint on the ground of maintainability. (Sunil Kohli vs. M/s. Purearth Infrastructure Ltd.)

In the complaint, the complainants had averred that they wanted to dispose of the property in DENMARK and wanted to come down to Delhi to start a business and for this purpose that the premises in question were booked. The complaint was filed alleging that the opposite party has failed to deliver possession of the subject unit even years after the expiry of the stipulated date of deliver of possession. Disbelieving this version, the commission had observed that as the complainants had booked the commercial premises, it can be safely concluded that they had hired/availed of the services of the opposite party for commercial purpose, as such they are not the consumers as envisaged under Section 2 (1) (d) of the Act.

On appeal, the Apex Court bench observed that it cannot be ruled that the case of the Complainants would not come within the definition of "consumer" as defined under the provisions of the Act.

As laid down by this Court in Laxmi Engineering Works, the explanation to Section 2(1)(d) of the Act clarifies that "in certain situations, purchase of goods for "commercial purpose" would not yet take the purchaser out of the definition of expression 'consumer'. If the commercial use is by the purchaser himself for the purpose of earning his livelihood by means of self employment, such purchaser of goods is yet a 'consumer'". This Court went on to observe that what is "Commercial Purpose" is a question of fact to be decided in the facts of each case.

In other words, the Explanation excludes from the ambit of commercial purpose in sub-clause (i) of Section 2(1)(d), any goods purchased by a consumer and used by him exclusively for the purpose of earning his livelihood by means of self-employment. Such purchase of goods is not a commercial purpose. The question, therefore, is whether the respondent has been using the aforesaid machine for self-employment? The word "self-employment" is not defined. Therefore, it is a matter of evidence. Unless there is evidence and on consideration thereof it is concluded that the machine was used only for self-employment to earn his livelihood without a sense of commercial purpose by employing on regular basis the employee or workmen for trade in the manufacture and sale of bricks, it would be for self-employment. Manufacture and sale of bricks in a commercial way may also be to earn livelihood, but "merely earning livelihood in commercial business", does not mean that it is not for commercial purpose. Self-employment connotes altogether a different concept, namely, he alone uses the machinery purchased for the purpose of manufacture by employing himself in working out or producing the goods for earning his livelihood. 'He' includes the members of his family. Whether the respondent is using the machine exclusively by himself and the members of his family for preparation, manufacture and sale of bricks or whether he employed any workmen and if so, how many, are matters of evidence. The burden is on the respondent to prove them.