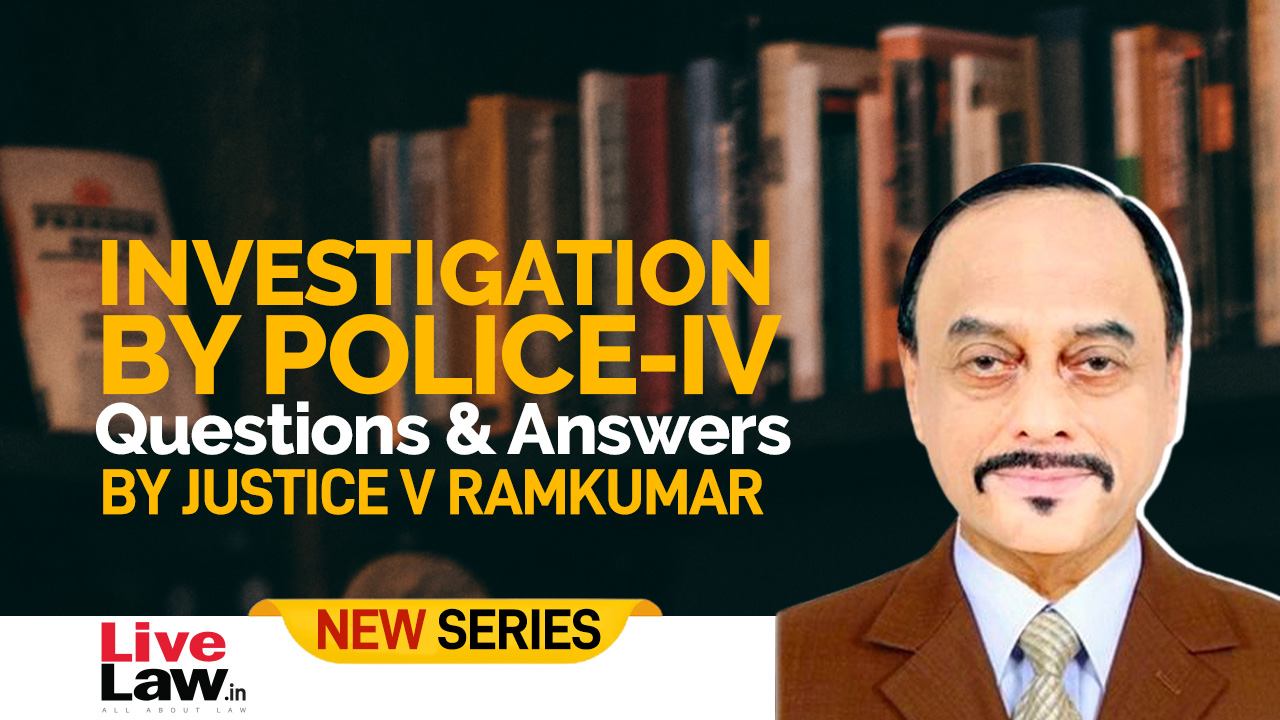 A1. INVESTIGATION BY THE POLICE – Part IVQ.16 In a corruption case the trap as well as the investigation was conducted by a DySP of Police in a station where a Superintendent of Police ("SP" for short) was available. When the charge-sheet was filed before the Special Judge the incompetence of the DySP to conduct the investigation was pointed out and the Special Judge...

A1. INVESTIGATION BY THE POLICE – Part IV

Ans. Yes. The objection raised by the defense cannot be sustained. The investigation conducted by the DySP although without sufficient authority, is nevertheless investigation in the eye of law. It cannot be treated as non est. (Vide para 5 of Bhanuprasad Hariprasad Dave v. State of Gujarat AIR 1968 SC 1323 = 1968 Cri.L.J. 1505 – 3 Judges – G. K. Mitter, C. K. Vaidyalingam, K. S. Hegde - JJ).

Q.17 Is not an FIR a substantive piece of evidence and what is its use ?

Where the informant did not support the prosecution case and was declared hostile, it does not follow that the FIR would loose all its relevancy and cannot be looked into for any purpose. Although it is not a substantive piece of evidence it is certainly a relevant circumstance of the evidence produced by the Investigating Agency. (Vide paras 13 and 14 of Bable @ Gurdeep Singh v. State of Chattisgarh (2012) 11 SCC 181 = AIR 2012 SC 2621 – Swatanter Kumar, Ranjan Gogoi - JJ).

FIR being the earliest version, is of importance in appreciating the evidence of witnesses, though it is not a piece of substantive evidence. (Vide –

Q.18 Does the Cr.P.C. contemplate two modes of registering an FIR ?

NOTE: A case where a Police party detects a cognizable offence while on patrol duty and submitting a suo motu report regarding the offence and registering an FIR will be the second kind of FIR referred to above.

Similarly, in State v. V. Jayapaul (2004) 5 SCC 223 = 2004 Cri.L.J. 1819 – Ruma Pal, P. Venkatarama Reddy - JJ, is yet another case wherein dissatisfied with the discreet information received, the Police Officer himself conducted a probe and later on suo motu figured himself as the first informant.

Q.19 Should not the FIR contain all the details pertaining to the occurrence and the ingredients of the offence?

Ans. No. The law does not require the mentioning of all the ingredients of the offence in the FIR. It is only after completion of the investigation that it may be possible to say whether any offence is made out on the basis of the evidence collected by the investigating agency. (Vide para 22 of CBI v. Tapan Kumar Singh (2003) 6 SCC 175 = AIR 2003 SC 4140 – N. Santhosh Hegde, B. P. Singh - JJ).

An FIR is not an encyclopedia which must disclose all the facts and details relating to the offence reported. A first informant need not necessarily be an eye-witness so as to be able to disclose in great detail all the aspects of the offence committed. What is of significance is that the information given must disclose the commission of a cognizable offence. (Vide –

Failure to mention in the FIR the visibility at night or the existence of electric light, is not fatal. (Vide –

Ans. Mere production of the document is not enough. Contents of the same have to be proved by examining witnesses. FIR by itself is not an item of evidence without actual proof of the facts stated therein. (Vide para 14 of Roop Singh Negi v. Punjab National Bank (2009) 2 SCC 570 – S. B. Sinha, Cyriac Joseph - JJ).