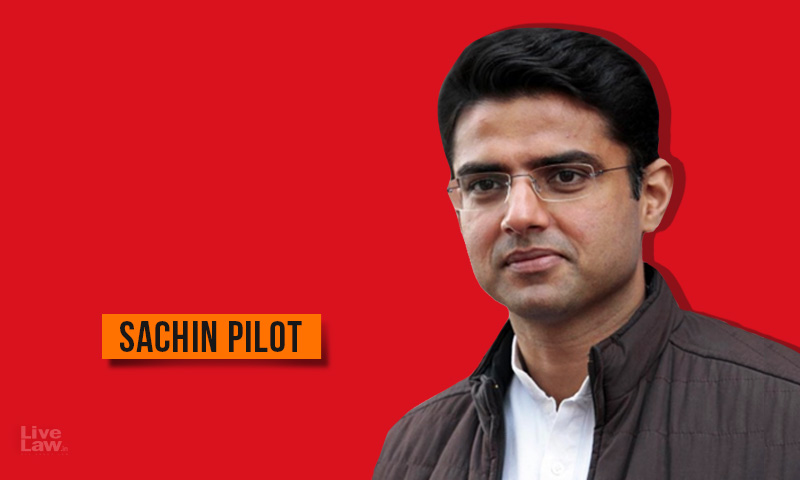 The Rajasthan High Court on Friday adjourned till July 20 the hearing on the petition filed by 19 dissident Congress MLAs led by Sachin Pilot against the disqualification notices issued by the Speaker of the Legislative Assembly.Since the hearing is not complete, Senior Advocate Dr AM Singhvi, appearing for the Speaker, submitted before a bench comprising Chief Justice Indrajit Mahanty...

The Rajasthan High Court on Friday adjourned till July 20 the hearing on the petition filed by 19 dissident Congress MLAs led by Sachin Pilot against the disqualification notices issued by the Speaker of the Legislative Assembly.

Since the hearing is not complete, Senior Advocate Dr AM Singhvi, appearing for the Speaker, submitted before a bench comprising Chief Justice Indrajit Mahanty and Justice Prakash Gupta that the time for submitting responses to the notice will stand extended till 5 PM, July 21.

The legislators were initially asked by the Speaker to submit their responses to the show-cause notices by today.

Senior Advocate Harish Salve, appearing for Pilot and 18 other dissident legislators, submitted that violation of whip's directions with respect to acts outside the House do not fall under the ambit of anit-defection law embodied under Tenth Schedule of the Constitution.

Raising disagreements regarding "dictatorial functioning" of CM is an internal matter and doesn't amount to defection. The disqualification notices are an attempt to stifle 'freedom of speech' and internal discussions. Salve submitted that the petitioners raised voice to central governing body of party against "dictatorship" of Chief Minister Ashok Gehlot. This is in exercise of freedom of speech of legislators and will not amount to 'defection', he added.

Whip is not applicable to meetings at homes and hotels; only applies to proceedings within House. Also, a party whip applies only when the assembly is in session, he asserted.

Yesterday, a single bench of Justice Satish Kumar Sharma had referred the matter to the division bench, after the petitioners moved an amendment application to incorporate challenge against the constitutionality of Paragraph 2(1(a) of the Tenth Schedule of the Constittion.

The petition challenges the disqualification notices issued by the Speaker of the Rajasthan Assembly against them on the ground stating that they violated the direction issued by Dr. Mahesh Joshi, the party chief whip, to attend the legislative party meeting on Monday and Tuesday.

(With inputs from Advocate Charu Mathur)