Rajasthan HC To Deliver Verdict On Sachin Pilot's Plea On July 24; Requests Speaker Not To Decide On Disqualification Till Then

The Rajasthan High Court on Tuesday reserved verdict on the petition filed by the rebel Congress MLAs led by Sachin Pilot challenging the notices issuing by the Speaker to initiate disqualification proceedings. A bench comprising Chief Justice Indrajit Mahanty and Justice Prakash Gupta will deliver the verdict on July 24.The Court has also 'requested' the Speaker to defer the...

The Rajasthan High Court on Tuesday reserved verdict on the petition filed by the rebel Congress MLAs led by Sachin Pilot challenging the notices issuing by the Speaker to initiate disqualification proceedings.

The Court has also 'requested' the Speaker to defer the decision on disqualification proceedings, by extending the time for filing reply till the Court delivers the verdict. The time for submitting reply to the notices was otherwise expiring at 5.30 PM, today.

Rajasthan HC 'requests' Speaker to extend the time for filing reply by 19 rebel Congress MLAs led by Sachin Pilot @SachinPilot till the delivery of verdict by the Court on July 24.#SachinPilot #RajasthanPoliticalCrisis pic.twitter.com/tPc1vnH9WN

Meanwhile, the 19 MLAs approached the High Court on July 16, challenging the Speaker's action. The Court started hearing the matter on Friday, and in view of the pendency of the proceedings, the Speaker extended the time for reply.

Senior Advocates Harish Salve and Mukul Rohatgi, appearing for the petitioners, had in essence argued that the petitioners had not defected or given up the membership of Congress party. They are expressing dissent against the functioning of the Chief Minister, by staying within the party. Stating that intra-party dissent cannot be regarded as voluntary giving up of party membership, they contended that the Speaker had no jurisdiction to issue notice invoking Paragraph 2(1)(a) of the Tenth Schedule of the Constitution. 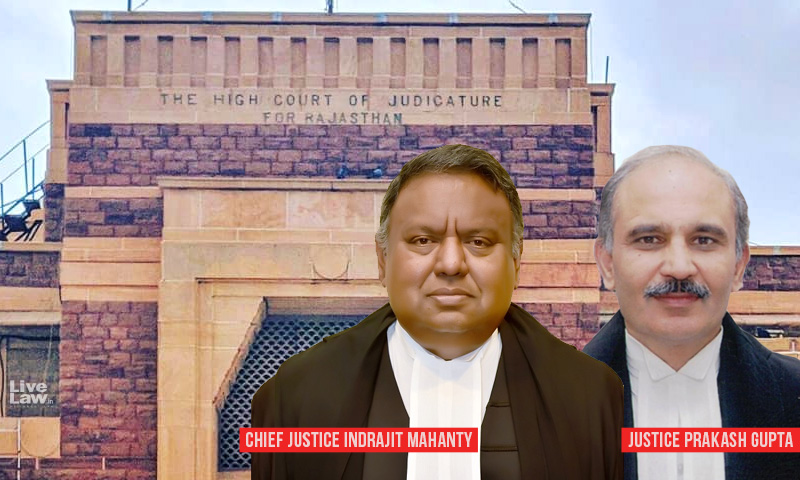 It was their further argument that that Speaker was acting with "mala fides". They contended that the Speaker issued the notices on the same day of receiving complaint from the party whip, Mahesh Joshi, and granted only 3 days time for reply, though the legislative rules stipulate 7 days time for responding to the notice.

The petitioners also argued that whip was applicable only to proceedings within the House, and therefore, defiance of party whip's directions to attend the party meetings cannot attract disqualification proceedings.

The petitioners asserted that the High Court has powers under Article 226 to interfere with the Speaker's action, even before a decision has been taken. Courts can quash a show-cause notice if it is issued without jurisdiction, or in excess of jurisdiction, or is a colourable exercise of power, or is issued with mala fides, or in violation of the principles of natural justice (Detailed report of the arguments of Salve and Rohatgi may be read here and here)

On the other hand, Senior Advocate Dr Abhishek Manu Singhvi, appearing for the Speaker, submitted that Courts have restrictions in interfering with proceedings within the house. Article 212 of the Constitution prescribe that the legality of house proceedings cannot be called into question. The proceedings for disqualification are deemed to be house proceedings as per Para 6(2) of 10th Schedule. Relying on the SC decision in Kihoto Hollohan vs Zachillhu, Singhvi submitted that the Courts cannot interfere at a stage anterior to the Speaker's decision. A Speaker of the Legislative Assembly is not like any other tribunal over which the HC exercises supervisory jurisdiction, he submitted.

Senior Advocate Devadatt Kamat, appearing for the Congress Whip Mahesh Joshi, submitted that submitted that the petitioners should be construed to have voluntarily left the party from their conducts such as open statements against the government and the refusal to attend party meetings.

Also, when the Chief Justice expressed surprise when he was told that two of the petitioners were subsequently suspended for anti-party activities.