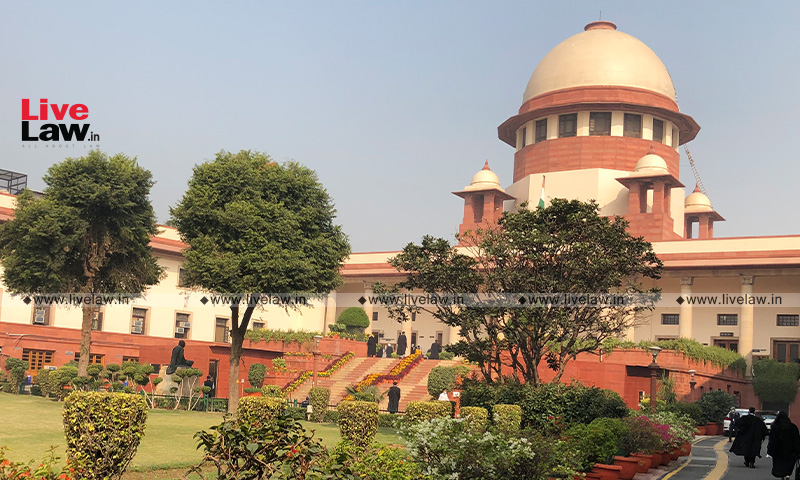 The Supreme Court on Friday upheld Kerala High Court's order wherein it was observed that complaint filed by the State Secretary of the Rashtriya Swayamsevak Sangh (RSS) against a defamatory article published in a newspaper about the RSS is maintainable under Section 499 of the Indian Penal Code (IPC).The bench of Justices Dinesh Maheshwari and Aniruddha Bose upheld the decision while...

The Supreme Court on Friday upheld Kerala High Court's order wherein it was observed that complaint filed by the State Secretary of the Rashtriya Swayamsevak Sangh (RSS) against a defamatory article published in a newspaper about the RSS is maintainable under Section 499 of the Indian Penal Code (IPC).

After hearing the petitioner's counsel in their order said,

"Having heard learned counsel for the petitioner and on perusal of the record, we do not find any reason to entertain this petition under Article 136 of the Constitution of India.

The petition seeking special leave to appeal is, accordingly, dismissed."

A petition was filed by Malayalam news publisher Mathrubhoomi to quash the proceedings before Additional Chief Judicial Magistrate (Economic Offences) based on a private complaint filed by the RSS State Secretary.

The complaint alleged that the article published by Mathrubhoomi weekly contained defamatory and misleading imputations, lowering the reputation of RSS in the public. Moreover, it was contended that the article was capable of promoting enmity between different groups on the grounds of religion, prejudicial to communal harmony.

The bench while dismissing the plea had noted that RSS is a definite and identifiable body, any individual member of RSS has the locus standi to maintain a complaint against an article defaming the organisation:

The Court noted that Section 199 of CrPC contains a ban that no court shall take cognizance of the offence of defamation except upon a complaint made by "some persons aggrieved by the offence".

It was found that a class of persons as such cannot be defamed as a class, nor could an individual be defamed by a general reference to a class to which he belongs.

In fact, going by explanation 2 to Section 499 of IPC, if a well-defined class is defamed, each and every member of that class can file a complaint.

The Court further recalled that if the collection of persons is an indeterminate and indefinite collection of body, it could not be said that each and every member of that body could maintain an action under Section 500, unless the complainant was referred to as a person who had been defamed under the imputation.

"Since Rashtriya Swayamsevak Sangh (RSS) is a definite and identifiable body as held by the High Court of Allahabad and asserted by the Apex Court vide decisions cited supra, the contention of the petitioners that the 1st respondent (State Secretary) has no locus standi to maintain a complaint under Section 500 of IPC is not tenable", the High Court had observed while dismissing the plea to quash the proceedings.