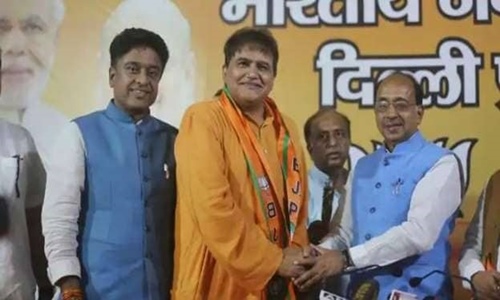 The Supreme Court on Friday declined to stay the impending disqualification proceedings against rebel AAP MLA Devinder Sehrawat sought to be initiated under the anti-defection law by the Delhi Assembly for allegedly joining the BJP before the Lok Sabha polls.

The vacation bench headed by Justice Sanjiv Khanna noted that the claim against Sehrawat being that he has joined the BJP, he would have to justify his acts to the Delhi Speaker who has issued him the notice for disqualification.

The legislator had claimed in the plea that he has still not joined the primary membership of BJP.  He also submitted that he was sidelined by the party and was not invited for meeting. Earlier in 2010, the top court had granted immunity to expelled Samajwadi party MPs Amar Singh and Jaya Prada from action under the anti-defection law in the event they defied the orders of the party whip.

The bench had on Thursday told Senior Advocate Soli Sorabjee, for Sehrawat, to serve a copy of the petition to the parties, including the Delhi Assembly Speaker and the Aam Aadmi Party (AAP).

Besides Sehrawat, the Delhi Assembly Secretariat has also issued notice to another rebel AAP MLA Anil Bajpai after the party moved a petition seeking their disqualification under the anti-defection law for joining the Bharatiya Janata Party (BJP).

Sehrawat and Bajpai were on Tuesday given a week's time by the Delhi Assembly speaker to submit their replies over allegedly joining the BJP.

While Sehrawat is a legislator from Bijwasan, Bajpai represents the Gandhi Nagar constituency.