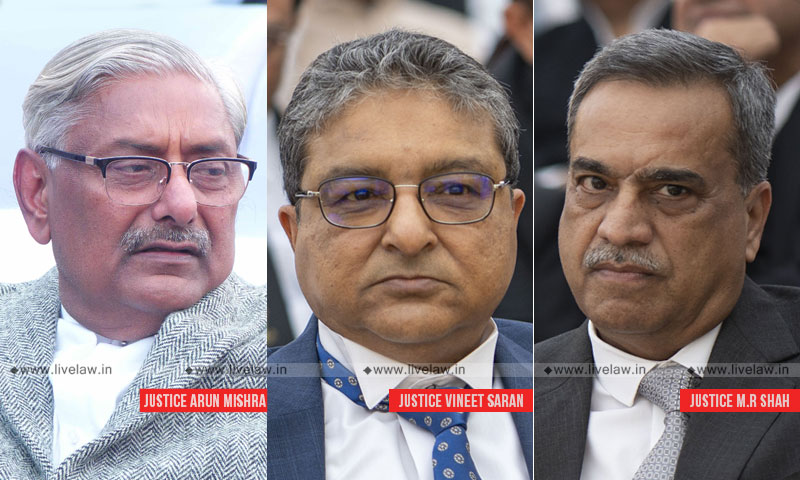 In a huge relief to Adani Power Rajasthan Ltd (APRL), the Supreme Court on Monday repelled the challenge made by a group of power distribution companies from Rajasthan against the approval of compensatory tariff for APRL.A bench comprising Justices Arun Mishra, Vineet Saran and M R Shah upheld the orders passed by the Rajasthan Electricity Regulatory Commission and the Appellate Tribunal...

In a huge relief to Adani Power Rajasthan Ltd (APRL), the Supreme Court on Monday repelled the challenge made by a group of power distribution companies from Rajasthan against the approval of compensatory tariff for APRL.

A bench comprising Justices Arun Mishra, Vineet Saran and M R Shah upheld the orders passed by the Rajasthan Electricity Regulatory Commission and the Appellate Tribunal for Electricity(APTEL) to the extent they held that APRL was entitled to compensatory tariff in respect of the Power Purchase Agreements (PPA) with the Rajasthan Distribution Companies (Discoms)

APRL made the claim for compensatory tariff on the ground that it had to import coal from abroad for the generation of power on account of the unavailability of domestic coal.

As per a report, the judgment is estimated to bring Rs 5000 crore gains to APRL.

In August 2007, a letter of intent (LoI) was issued by RRVUNL in favour of AEL to develop coal blocks under a joint venture at Parsa East and Kente Basan.

In March 2008, an MoU was entered into between the Government of Rajasthan and AEL to set up a coal­based Thermal Power Generation Project near Kawai, District Baran, Rajasthan. It was provided that the State of Rajasthan was to make the best efforts to facilitate getting the coal linkage from the Central Government or coal from any other source for the Project.

Later, APRL made repeated requests to Rajasthan Govt to allocate coal to its power plant from the Parsa East and Kente Basan coal blocks.

As per the then existing coal distribution policy -  New Coal Distribution Policy (NCDP) of 2008 - Ministry of Coal had assured 100 per cent of domestic coal to power plants. Therefore AEL urged Rajasthan Government to persuade Central Government to allocate a coal block for its plant at Kawai.

In 2013, APRL made a claim before the State Electricity Regulatory Commission for compensatory tariff on the ground that it had to generate power by using coal imported from Indonesia, which was expensive than domestic coal, as its efforts for getting coal block allocation or coal linkage did not succeed.

The State Commission allowed the claim of APRL in 2018. Dissatisfied with the order passed by the State Commission, Rajasthan Discoms filed an appeal before the Appellate Tribunal for Electricity. The APTEL vide judgment dated 14.9.2019, held that the bid of APRL was based on domestic coal and accordingly covered under the Change in Law event in terms of the PPA.

Challenging these orders of State Commission and APRL, the Rajasthan Discoms appealed to the SC.

Senior Advocate Aryama Sundaram, appearing for the appellants, primarily contended that the use of imported coal was covered by the tariff quoted by APRL as per its bid. It was also argued that the change in coal distribution policy of the Centre Government in 2013 cannot be regarded as a "change in law" as contemplated under the PPA.

It was further stressed that any compensation paid to APRL would have to be recovered from the consumers; therefore, it affects the public interest.

Advocate Prashant Bhushan also appeared in the matter, supporting the appellants, as the counsel for All India Power Generators Federation.

They also relied on the precedent Energy Watchdog v. Central Electricity Regulatory Commission and Ors., (2017) 14 SCC 80 in which it was held that changes in domestic coal regime will qualify as "change in law".

What the SC held?

The SC accepted APRL's contention that the bid was based on domestic coal only.

"When we consider the documents on record, it is apparent that APRL's bid was premised only on domestic coal. It was evaluated as such, and the PPA also records the same", the bench said in the judgment of which the author is not made clear.

"Various documents and the PPA make it clear that its bid was premised on domestic coal and approved tariff was based on domestic coal, the order of RERC is final, conclusive, and binding on the parties; it has not been questioned and attained finality. No stand contrary to the same was permissible to be taken by the Rajasthan Discoms", the bench added.

The top court also said that it has limited jurisdiction to disturb the concurrent factual findings made by the RERC and the APTEL.

Further, the Court said that the dictum in Energy Watchdog that change in coal policy will qualify as 'change in law' under the PPA was applicable in this case.

At the same time, the Court granted a limited relief to the distribution companies by reducing the interest payable to APRL on the compensatory tariff with effect from 2013.

"We are, thus, of the opinion that considering the totality of the facts of this case and in order to do complete justice and to reduce the liability of the appellants­Rajasthan Discoms, payment of 2 per cent in excess of the applicable SBAR per annum with monthly rest would be on higher side. In our opinion, it would be appropriate to direct the appellants­Rajasthan Discoms to pay interest/late payment surcharge as per applicable SBAR for the relevant years, which should not exceed 9 per cent per annum. It is also provided that instead of monthly rest, the interest would be compounded per annum", the bench observed in this regard.

Bhushan's allegations of over-invoicing by Adani not accepted

The bench refused to accept the allegations raised by Bhushan against ARPL regarding over-invoicing.

"...we may notice that Shri Prashant Bhushan, raised the submission with respect to over­invoicing. He attracted our attention to the investigation pending before the DRI. He has submitted that 40 importers of coal are under investigation by the DRI concerning alleged over­invoicing. The letter of rogatory was issued. However, learned counsel conceded that there is no ultimate conclusion in the investigation reached so far. Thus, we are of the opinion that until and unless there is a finding recorded by the competent court as to invoicing, the submission cannot be accepted. At this stage, it cannot be said that there is over­invoicing", the Court held.

Justice Arun Mishra, the presiding judge of the bench, is retiring on August 2.

In August 2019, Senior Advocate Dushyant Dave had written a letter to Chief Justice of India alleging irregularities in the listing of  four cases of Adani group before the bench headed by Justice Arun Mishra. He alleged that some of these cases were given out-of-turn hearing and were assigned in violation of the roster. He clarified that he was not questioning the merits of the judgments in the cases but was only pointing out the procedural irregularities in the bench headed by Justice Arun Mishra taking up these matters.