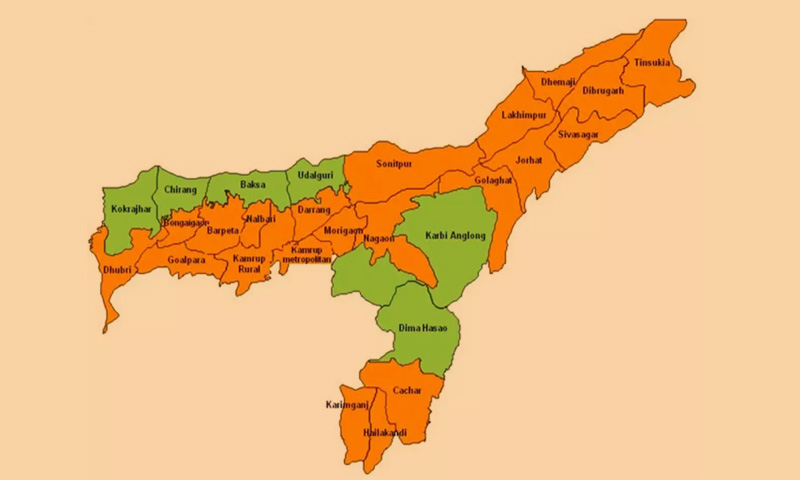 The Supreme Court has issued notice to the Centre and State of Assam in a plea opposing the delimitation exercise in Assam. Moreover, Centre has been asked to file a Reply in the pleaThe petition filed by Advocate-on-Record Ajit Pravin Wagh on behalf of All India United Democratic Front (AIUDF) challenges the promulgation of the Presidential Order of February 28 vide which the...

The Supreme Court has issued notice to the Centre and State of Assam in a plea opposing the delimitation exercise in Assam. Moreover, Centre has been asked to file a Reply in the plea

The petition filed by Advocate-on-Record Ajit Pravin Wagh on behalf of All India United Democratic Front (AIUDF) challenges the promulgation of the Presidential Order of February 28 vide which the earlier February 8, 2008 notification, deferring the process of delimitation for the State of Assam, has been rescinded and the process of delimitation of the Assembly and Parliamentary constituencies of the state has been decided to be resumed.

The plea submits that "the decision to conduct the pending process of delimitation of assembly and parliamentary constituencies, is not only arbitrary and hasty decision, but stands contrary to the very idea behind conducting delimitation inasmuch as the present delimitation exercise is sought to be conducted on the basis of Census 2001, while Census 2011 has already been conducted and Census 2021 is underway".

It is stated that apart from being unjustified with regard to the conclusion of the NRC preparation for the State of Assam (which is yet to be completed), the delimitation process was earlier deferred in 2008 on the grounds that the 2001 census was outdated.

The plea notes that as the process of delimitation in Assam, in 2008, had invoked strong opposition in the State, with serious apprehension of breakdown of public order, it was considered that "the issues in regard to delimitation and constituencies in the State of Assam were very serious and sensitive in nature and may give rise to break down of public order on account of serious law and order situation in different districts and more particularly, in the areas which are disturbed areas or very sensitive areas".

The fragile situation in the State is further underlined in the plea by referring to the declaration of the entire State as a "disturbed area" for the purposes of the Armed Forces (Special Powers) Act, 1958, with effect from 28.08.2019, for a period of 6 months.

"In an unusual coincidence, this period of 6 months had come to an end on the very day the impugned order for delimitation was issued".

In light of the above, the plea seeks for the quashing of the impugned order on grounds of violating Articles 14, 19 and 21 of the Constitution of India.

"…the impugned Order is liable to be quashed as being in violation of Article 14, 19 and Article 21 of the Constitution of India, which guarantee equality, the right to life and freedom of speech and expression respectively. The impugned order seeks to resume an exercise of delimitation, ideally to be conducted on the most recent census, but here it is based on stale and old figures of Census 2001".

A Supreme Court Bench comprising of Chief Justice of India SA Bobde, R. Subhash Reddy and AS Bopanna heard the matter and issued notice on the same.