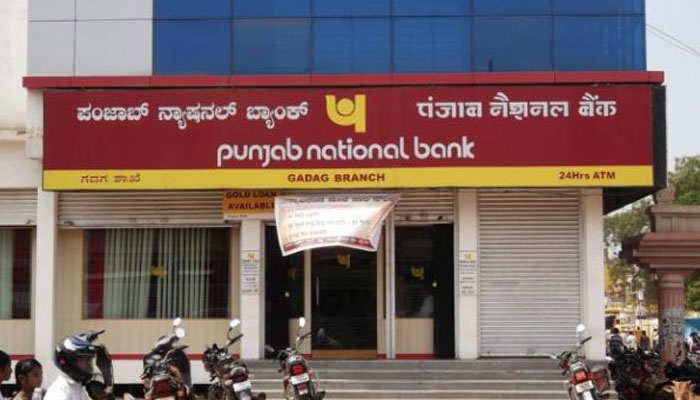 The Supreme Court on Friday refused to interfere with a March 19 order of the MP High Court denying bail to Punjab National Bank employees implicated in the 2018 loan scam, for helping coal traders in the state to escape with crores of public money. "Now, number of cases are coming before this Court in which the bank officials sanction the loan to business tycoons without verification of...

The Supreme Court on Friday refused to interfere with a March 19 order of the MP High Court denying bail to Punjab National Bank employees implicated in the 2018 loan scam, for helping coal traders in the state to escape with crores of public money.

"Now, number of cases are coming before this Court in which the bank officials sanction the loan to business tycoons without verification of the mortgaged property, etc. Without involvement of the bank officials, it is not possible for them to syphon the public money for other purposes. The banks are going into losses and some of the banks have been closed down. In the opinion of this Court, if the applicants are released on bail, a wrong message will go to the public", the MP High Court had expressed in the impugned order.

"We decline to interfere in this Special Leave Petition", observed the Apex Court on Friday, dismissing the pleas as withdrawn.

The then-Chief Manager and Senior Manager of the Kanthal Branch of PNB in Ujjain had conspired together and cheated the bank to embezzle public money to the tune of Rs.400 Lakhs by way of over-valuation of immovable properties offered as collateral security, and by diverting the funds i.e. selling the coal stock and not depositing their proceeds in the bank.

The CBI, Bhopal received a complaint in 2018 about rotation of cash-credit funds between the coal trading companies. The company took a loan and the cash- credit facilities from the said branch but diverted the funds for the purchase of immovable assets, interest payments and cash withdrawals. The properties which were purchased from the funds of the bank were further mortgaged with the bank to secure cash-credit limit/loan for other related concerns. The modus operandi was that the borrower collected funds from the bank by creating forged documents in the name of different entities and managed to diver the funds to its own companies or the companies controlled by the same group.

In refusing them bail, the MP High Court recorded, "They conspired with Narendra Prajapati, the Proprietor of M/s. Arihant Coal Corporation and recommended and sanctioned cash-credit limit of Rs. 400 Lakhs to Smt. Asha Jain, proprietor of M/s. Arihant Coal Corporation. The allegations against the applicants are that the cash-credit limit was sanctioned beyond the sanctioning power. Irregularities were found in pre-sanction visits by the applicants. The business premises of the firm mentioned in the loan proposal is different from the place visited by the bank officials. There is no mention of available coal stock in the spot verification report. The pre-sanction visit by applicants on 11.7.2013 was found to be false, therefore, the mandatory pre- sanction visit was deliberately not conducted by the bank officials but only on paper verification was shown to be conducted".

"This Court has already rejected the bail application of co-accused - Narendra Prajapati. Without the help of present applicants, the co-accused Narendra Prajapati could not have managed the diversion of the funds of the bank. After investigation, the conspiracy between the applicants and Narendra Prajapati and other Directors/proprietors of the firm has been found. The public money has been embezzled and utilised for other purposes by creating forged documents. Therefore, the applicants are not entitled for grant of bail...It is correct that the applicants were not arrested during investigation, but after the investigation, sufficient material has been collected against them...Since the investigation in other cases is still going on and other accused persons have not been arrested so far, therefore, at this stage, no case for grant of bail is made out.", the High Court had held.