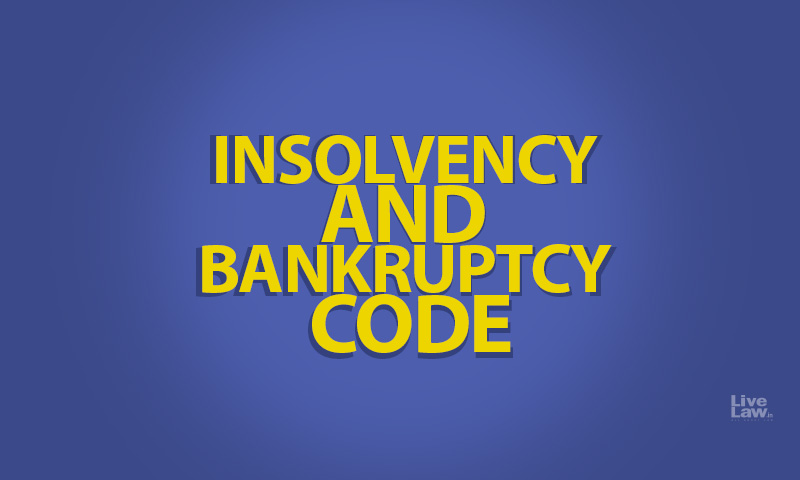 The Supreme Court on Tuesday heard arguments on behalf of the Petitioners in a batch of petitions challenging the constitutional validity of conditions introduced by the Insolvency and Bankruptcy Code (Amendment) Ordinance, 2020, on the homebuyers' right to file insolvency petitions against defaulting bidders. A Bench headed by Justice RF Nariman heard arguments submitted by...

The Supreme Court on Tuesday heard arguments on behalf of the Petitioners in a batch of petitions challenging the constitutional validity of conditions introduced by the Insolvency and Bankruptcy Code (Amendment) Ordinance, 2020, on the homebuyers' right to file insolvency petitions against defaulting bidders.

In today's hearing, Advocate Shikhil Suri commenced his submissions by informing the Court that the Amendment was in the teeth of the Pioneer judgment and deprived the beneficiaries of their statutory rights.

He further submitted that the Amendment was discriminatory and treated unequals equally. Further, there was no substantial nexus with the object of the Act. It also ignored the fact that the question of abuse by the homebuyers had already been answered by virtue of Amendment in Section 4 and Section 65, which dealt with malicious prosecution, was available with the corporate debtor.

Suri additionally highlighted the fact that in case the Amendment was held to be valid, it should be prospective in nature.

Advocate Piyush Singh also submitted his arguments and stated to the Court that the remedies which had been provided to the homebuyers was completely illusionary. He shed a light on the aspect of "class action suits" as stipulated under Order 1 Rule 8 of the Code of Civil Procedure.

Singh submitted that there could not be a barrier at the entry point itself and relied upon the Pioneer judgement to elaborate how the rights of the homebuyers to trigger Section 7 of the IBC had been recognized.

He further submitted that the arguments which had been previously placed, such as homebuyers not having the right to be a part of the Committee of Creditors, or not having the financial wisdom to trigger Section 7, had been negated.

Singh also argued that every differentiation was not a discrimination and it had to be founded on reasons. He made submissions to the Bench on what could constitute "reasonable classification" when it came to compensation and why the classification was not sustainable. Further, he stated that the object of the Amending Act was to make the process seamless. Singh also referred to the Shayara Bano case on the aspect of Article 14 to buttress his submissions.

Accordingly, the matter has now been listed on 8th October, 2020.

One of the petitions, filed by Association of Karvy Investors, challenged Section 3 of the Insolvency and Bankruptcy Code (Amendment) Act 2020. The said provision, adds certain provisos to Section 7 of the Insolvency and Bankruptcy Code (IBC) to state there should be at least one hundred real estate allottees or ten percentage of the total number of allottees, which ever is lesser, to maintain an insolvency petition in respect of a real estate project. The amendment also stated that the application of Section 3 of the amendment Act shall be retrospective, affecting pending applications.

The plea states that the classification made with respect to homebuyers is "arbitrary and discriminatory".

"The classification as sought to be made vide the Impugned Act is without any intelligible differential and therefore is ultra vires Article 14 of the Constitution of India", the plea reads.

Reference is also made to the recent SC decision in Pioneer Urban Land and Infrastructure case, which upheld the right of a homebuyer to move insolvency petition against a defaulting builder.

The plea states that the condition is "onerous" for homebuyers, who are also covered under the definition of "financial creditors" under Section 5(7) of the IBC.

"Such an onerous and one sided condition makes it abundantly clear that the Impugned Act reeks of biasness and indifference towards the plight of an Individual Investor. It goes without saying that the only person who benefits out of the aforesaid amendment are the promoters of the defaulting corporate debtor, since in a case wherein the only Creditors are individuals, till the time joint application is not filed by such Creditors, the promoters of the defaulting company continue to be in control".

Highlighting the practical difficulties in homebuyers coming together to file joint application, the plea states:

"The effect of the Impugned Act is that in cases wherein the Corporate Debtor has availed loans only from individuals, till the time the Creditors do not prefer an Application jointly against the Corporate Debtors, the management of the defaulting company continues to be in control, even after repeated defaults, which is completely contrary to the object of the IBC.

The Respondent has failed to appreciate that the individual investors of a Company are not necessarily localised and are spread out across the Country. Furthermore the contact details of the investors of the Company are not available publicly. Most of such investments are made through an intermediary, which itself is hand in gloves with the defaulting Corporate Debtor. In the absence of the contact details being available with the Investor about other similar investors in the Company, it is not possible for them to contact each other and arrive at a consensus to prefer an Application against the Corporate Debtor. Because of this logistical nightmare, the Impugned Act effectively diminishes the right of individual Financial Creditors to prefer an Application under Section 7 of IBC".

In January, the SC had issued notice and ordered status quo in a petition which had challenged the similar changes introduced by the IBC(Amendment) Ordinance 2019.

Insertion of Section 32A also challenged

The plea also challenged Section 10 of the Act which inserted Section 32A in the IBC, whereby the liability of a Corporate Debtor, will cease to exist on the date a Resolution Plan is approved and new management takes over the Corporate Debtor.

This, according to the petitioner, leaves the individual creditor without remedies.

"The Respondent has failed to appreciate that approval of a Resolution Plan and appointment of a New Management, does not necessarily means that the interests of all the Creditors have been taken care off. As per Section 30(4) of the IBC, for a Resolution Plan to get approved it only requires voting share of 66% of the Financial Creditors. The effect of the same is that even if the other 34% Creditors are not in favour, the Resolution Plan will get approved by the Committee of Creditors. The Respondent has failed to appreciate that in several cases banks are the biggest lenders and constitute the majority of the Voting Share. Therefore they can easily outvote the smaller investors if the Resolution Plan is favouring them. In such a scenario, the only option left with an Individual is to pursue the Criminal Remedy as available to it. However by inserting Section 10 in the Impugned Ordinance , the Respondent has closed the doors for the Individuals, thereby rendering them remediless".