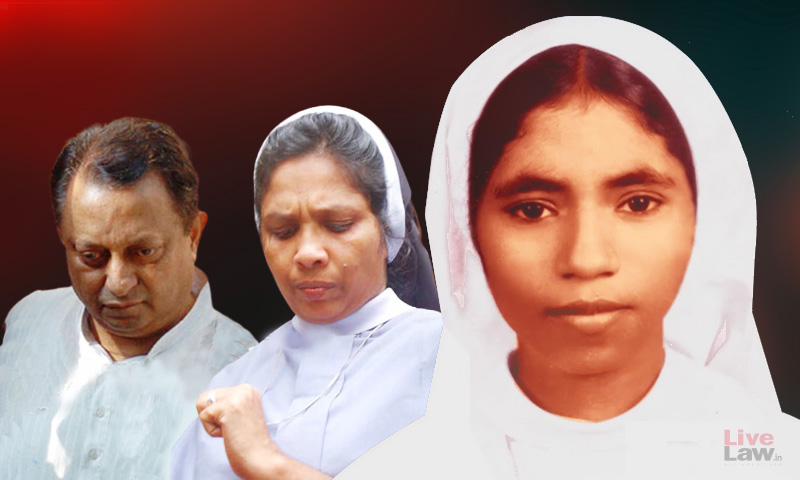 In the 28 year old Sister Abhaya murder case, a court in Kerala pronounced a guilty verdict on Monday.A Special CBI Court in Thiruvananthapuram found Father Thomas Kottoor and Sister Sephy, a priest and nun of the Catholic Church respectively, guilty of murder in the case.The details of the reasoning and the findings of the court will be known after the full copy of the judgment...

In the 28 year old Sister Abhaya murder case, a court in Kerala pronounced a guilty verdict on Monday.

A Special CBI Court in Thiruvananthapuram found Father Thomas Kottoor and Sister Sephy, a priest and nun of the Catholic Church respectively, guilty of murder in the case.

The details of the reasoning and the findings of the court will be known after the full copy of the judgment is released.

Nine prosecution witnesses in the case had turned hostile during the trial which started in August 2019.

As per the CBI case, the convicts murdered Sister Abhaya after she happened to witness their intimate exchanges. The case without eye-witnesses was based on circumstantial evidence and forensic materials.

CBI officer Nandakumaran Nair, who led the investigation, deposed before the court that the case was in essence one of "sex and murder".

But the Court had rejected the discharge pleas of Kottoor and Sephy observing that there were sufficient grounds for prima facie presuming that the two had committed offences punishable under Indian Penal Code sections 302 (murder) and 201 (destroying evidences) read with section 34 (Acts done by several persons in furtherance of common intention). The dismissal of their discharge petitions was approved by the High Court and the Supreme Court.

K T Micheal, a former officer of the Kerala police special branch, who was accused of destruction of evidence, was also discharged by the court last year.

In October this year, the High Court directed to expedite the trial by doing it on a day-to-day basis. A single bench of Justice V G Arun observed that it was "disheartening to note that criminal proceedings pertaining to a crime of 1992 is yet to attain finality, whether it be by reason of providence or design". The Court allowed cross-examination of witnesses through video conferencing mode considering the pandemic situation.

Sister Abhaya, a nun of Syro Malabar Catholic Church, was found dead in the well of Pious Tenth Convent at Kottayam on March 27, 1992. She was then an 18year old student of pre-degree course.

Initially, the case was investigated by the local police and state crime branch which concluded that Abhaya had committed suicide. The CBI, after taking over the case from the local police in 1993, filed three closure reports later at different points of time. Notably, the CJM Court refused to accept the closure reports of the CBI and directed further investigation each time.

In 1996, the CBI filed a final report with inconclusive findings as to whether the death of Sister Abhaya was suicidal or homicidal. This closure report was not accepted by the Chief Judicial Magistrate's Court. After further investigation by another team, a second final report was filed in 1999, which concluded that the death was homicidal but could not identify the perpetrators. This report was also not accepted by the Court. In 2005,yet another report was filed by the CBI after investigation by another team, which ruled out involvement of other persons in Sister Abhaya's death.

On November 1, 2008, the High Court of Kerala directed the Kochi Unit of the CBI to take over the investigation. Soon after that, by November 19, 2008, the CBI arrested Father Thomas Kottoor, Sister Sephy and Father Jose Poothrikkayil.

In July 2009, the CBI filed a chargesheet arraying Father Thomas Kottoor, Sister Sephy and Father Jose Poothrukkayil as accused for offences of murder and destruction of evidence. As per the report,  Sister Abhaya had accidentally intruded upon Sr. Sephy and the other two accused priests in a "compromising position". It was further alleged that Sr Sephy panicked and, on the spur of the moment, Sephy hit Abhaya with an axe meant for chopping firewood. After that, the three accused allegedly dumped Abhaya's body into the well.

The accused were subjected to narco-analysis and brain mapping tests at the Forensic Science Laboratory, Bangalore.

Earlier this year, the High Court of Kerala ruled that the results of narco-analysis and brain mapping process done on the accused cannot be used in evidence.
A single bench of Justice Alexander Thomas observed:

"..even if it is assumed that the narco analysis tests were conducted on the basis of their consent, since the subject does not exercise conscious control over the responses during the administration of such tests, unless the prosecution agency satisfies the vital requirement that the information materials that subsequently discovered with the help of voluntary administration of test results can be admitted in evidence in accordance with Sec. 27 of the Evidence Act, etc., there is no question of letting any evidence in that area.