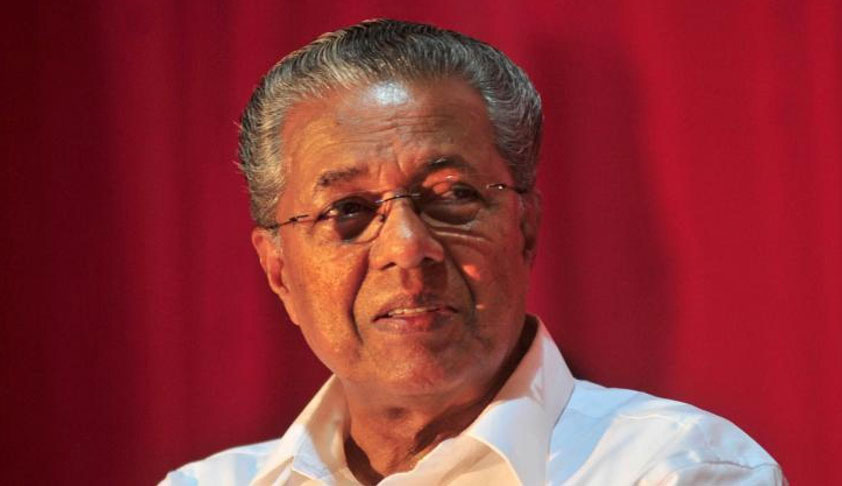 The Supreme Court on Thursday agreed to hear on October 16 the CBI appeal challenging the Kerala High Court verdict upholding a special court's decision to allow the discharge petition of Kerala Chief Minister Pinarayi Vijayan, one of the accused in the SNC-Lavalin case."This is a case where the accused were discharged despite a detailed charge sheet having been filed by the CBI. I...

The Supreme Court on Thursday agreed to hear on October 16 the CBI appeal challenging the Kerala High Court verdict upholding a special court's decision to allow the discharge petition of Kerala Chief Minister Pinarayi Vijayan, one of the accused in the SNC-Lavalin case.

"This is a case where the accused were discharged despite a detailed charge sheet having been filed by the CBI. I have submitted the chronology of facts- a PIL was filed and the Kerala High Court directed investigation by the CBI. The investigation was carried out and a detailed charge sheet was filed on 10.6.2009. Thereafter, discharge applications were filed, which were allowed. Thereafter, the High Court in revision approved the order of discharge, which we have impugned before Your Lordships' ', began SG Tushar Mehta, appearing for the CBI, a petitioner.
"So you are up against the discharge of some respondents (including incumbent Kerala Chief Minister Pinarayi Vijayan)? And the others are appeals by those who were not discharged?", clarified Justice U. U. Lalit.
"What grounds weighed with the HC in allowing the discharge?", asked the judge.
"The trial court had discharged the persons. I have circulated a note in this behalf. It may require a little examination at your end", replied the SG.
"But if two courts have concurrently held that these respondents need not be tried and have been discharged, we will need very strong submissions on your behalf for dislodging the opinion of these two courts", observed Justice Lalit.
The bench showed an inclination to pass over the matter to be able to peruse the note circulated.
"But I also need to compile some documents to be able to present them to the court", said the SG
The bench observed that the said documents must be part of the record, and the SG replied that he cannot travel beyond that.
Accordingly, the bench adjourned the matter to October 16 to be taken up at the end of the board, allowing the CBI to file a comprehensive note on the factual aspects, besides the documents. The bench also directed that copies of the same be given to the other counsel.
The CBI made investigation on the various aspects concerning the transaction between the KSEB and SNC Lavalin. Some persons, who had active involvement in the making of the contracts were "absolved" by the CBI on the ground that clear evidence and materials could not be collected as against them. The CBI also found out that the conspiracy hatched by the accused in 1995 continued till 1998, and that some other persons also joined this conspiracy by misusing their official position, either to make monetary gain for themselves, or with the object of causing monetary gain to the SNC Lavalin. Accordingly, the then Electricity Minister and also the then Joint Secretary of the Electricity Department were arraigned as accused.

Pending the proceedings, some of the accused made application for discharge before the trial court. After hearing both sides, the trial Judge allowed the applications and discharged the accused Nos.1 to 5, 7 and 8 by order dated 5.11.2013, under Section 239 Cr.P.C. Aggrieved by the said order of discharge, the CBI has come up in revision before the High Court.

The main grounds on which the CBI has brought this revision are as follows:
a. The trial court wrongly granted discharge in favour of the accused Nos.2 and 3, who have not made application for discharge;
b. The trial court wrongly and unnecessarily interpreted the scope and ambit of Section 13 (1) (d) of the Prevention of Corruption Act, and decided the said question of law at the very preliminary stage of framing charge;
c. Instead of examining the prosecution records to see whether there is a prima facie case to proceed against the accused, the learned trial Judge examined the whole evidence, and practically decided the case on merits, and thereby exceeded the limit of jurisdiction.
d. The trial court has not properly gone into the various aspects of corruption or misconduct as against the different accused, and without probing into those aspects, the trial court mainly dealt with the allegations against the 7th accused, and gave a pre-mature termination to the whole trial process wrongly.

By order dated August 23, 2017, the Kerala High Court found that the prosecution in this case does not have sufficient and satisfactory materials, which would make out a prima facie case against the accused Nos.1,7 and 8. "To frame a charge against them, there must be something before the court, to form a judicious opinion that they might have committed the offences alleged. Even if the allegations as against these three accused are accepted, such acts will not by itself amount to an act of misconduct punishable under Section 13 (1) (d) of the P.C Act. In the absence of any material or circumstance to show that these three persons had any sort of involvement as part of any conspiracy, they cannot be roped in under Section 120B I.P.C also. The materials produced by the prosecution as against these three accused are not sufficient to form a judicious opinion and to come to a prima facie finding that these three accused had any dishonest role or involvement in the deal between the SNC Lavalin and the KSEB. There is reason to believe that the accused Nos.1 and 8 acted only as Government Secretaries and they placed materials before the Cabinet only on the basis of the materials furnished by the KSEB. There is nothing to show that these Government Secretaries had any dishonest role at any stage of the transaction, or that they had any reason to cause any wrongful gain to the SNC Lavalin, or that they had made any gain unlawfully", observed the Single Judge.
Accordingly, the High Court allowed this revision petition in part. The order of discharge passed by the trial court in favour of the accused Nos.1,7 and 8 was confirmed. But the order of discharge made by the trial court in favour of the accused Nos.2 to 4 was set aside.
TagsSNC Lavlin Corruption Prevention of Corruption Act Kerala HC SG Thushar Mehta Pinarayi Vijayan
Next Story
Similar Posts
+ View more
Law Firms
+ More