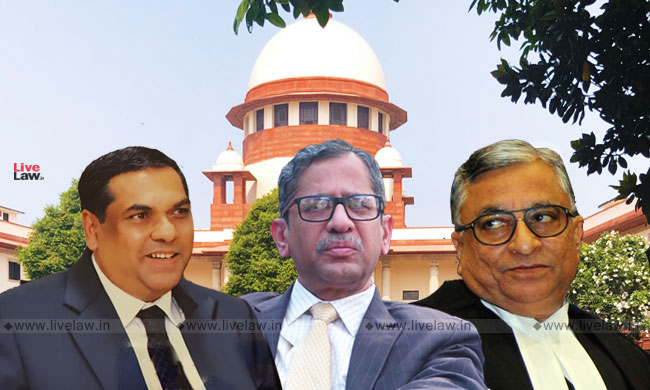 The Supreme Court has held that the disqualification by the Speaker of defecting members under the Tenth Schedule would not operate as a bar for them in contesting re-elections.

The court noted that neither under the Constitution nor under the statutory scheme is it contemplated that disqualification under the Tenth Schedule would operate as a bar for contesting re-elections. It observed:

The Court further observed that the Speaker is not empowered to disqualify any member till the end of the term. It clarified:

"However, a member disqualified under the Tenth Schedule shall be subjected to sanctions provided under Articles 75(1B), 164(1B) and 361B of Constitution, which provides for a bar from being appointed as a Minister or from holding any remunerative political post from the date of disqualification till the date on which the term of his office would expire or if he is re-elected to the legislature, whichever is earlier.

Holding thus, the bench set aside the part of Speaker's orders detailing the duration of disqualification, viz., from the date of the respective order till the expiry of the term of the 15th Legislative Assembly of Karnataka.

The Court noted that the statute dealing with qualification of membership of legislative assembly is the Representation of Peoples Act 1951.  This Act does not deal with disqualification under Tenth Schedule.

"Therefore, neither under the Constitution nor under the statutory scheme is it contemplated that disqualification under the Tenth Schedule would operate as a bar for contesting re­elections", observed the bench.

No inherent power for Speaker

The Court also expressly rejected the argument that the Speaker has inherent power to impose such restrictions in the event of disqualification.

Nothing can be added to the grounds of disqualification based on convenience, equity, logic or perceived political intentions.

The former Speaker raised an argument that strictest penalty should be imposed on those who cross political loyalties for personal gains. The Court said that an extreme punishment of bar on re-election for the term of the house would be a 'chilling effect on legitimate dissent'.

The Court said that without any express statutory or constitutional provision, the power of Speaker to prescribe duration of disqualification cannot be laid down.

The Constitutional silences cannot be used to introduce changes of such nature.

"From the above, it is clear that the Speaker, in exercise of his powers under the Tenth Schedule, does not have the power to either indicate the period for which a person is  disqualified, nor to bar someone from contesting elections. We must be careful to remember that the desirability of a particular rule or law, should not in any event be confused with the question of existence of the same, and constitutional morality should never be replaced by political morality", the bench said.