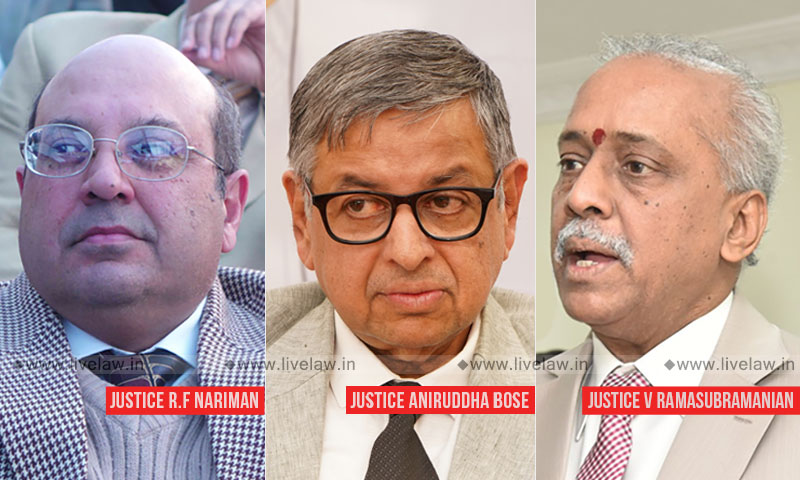 In a notable judgment, the Supreme Court has held that Speaker of the Legislative Assembly should decide on a petition seeking disqualification of a member under Tenth Schedule of the Constitution within a period of three months, in the absence of exceptional reasons.Highlighting the importance of taking a decision within a reasonable time, the SC said :"The Speaker, in acting as a Tribunal...

In a notable judgment, the Supreme Court has held that Speaker of the Legislative Assembly should decide on a petition seeking disqualification of a member under Tenth Schedule of the Constitution within a period of three months, in the absence of exceptional reasons.

Highlighting the importance of taking a decision within a reasonable time, the SC said :

"The Speaker, in acting as a Tribunal under the Tenth Schedule, is bound to decide disqualification petitions within a reasonable period.

What is reasonable will depend on the facts of each case, but absent exceptional circumstances for which there is good reason, a period of three months from the date on which the petition is filed is the outer limit within which disqualification petitions filed before the Speaker must be decided if the constitutional objective of disqualifying persons who have infracted the Tenth Schedule is to be adhered to.

This was held by a bench comprising Justices R F Nariman, Aniruddha Bose and V Ramasubramanian in a case relating to alleged defection in Manipur assembly.

The bench also acknowledged the problem of Speakers acting in a partisan manner due to their political loyalties. The bench also noted that this apprehension was voiced by the minority judgment in the case Kihoto Hollohan v Zachillhu & Ors. Therefore, the bench suggested that the Parliament should amend the Constitution to provide for an independent mechanism, such as a Permanent Tribunal headed by retired judges, to decide disputes under Tenth Schedule.

"It is time that Parliament have a rethink on whether disqualification petitions ought to be entrusted to a Speaker as a quasi-judicial authority when such Speaker continues to belong to a particular political party either de jure or de facto. Parliament may seriously consider amending the Constitution to substitute the Speaker of the Lok Sabha and Legislative  Assemblies as arbiter of disputes concerning disqualification which arise under the Tenth Schedule with a permanent Tribunal headed by a retired Supreme Court Judge or a retired Chief Justice of a High Court, or some other outside independent mechanism to ensure that such disputes are decided both swiftly and impartially, thus giving real teeth to the provisions contained in the Tenth Schedule, which are so vital in the proper functioning of our democracy"

The case before the Court concerned with the alleged disqualification of an MLA, who supported the BJP after winning from a Congress ticket to help the former to form government in Manipur following 2017 assembly elections.

When the Speaker was delaying decision on a petition seeking his disqualification, the Manipur High Court was approached. The HC declined interference stating that the issue whether the Court can issue direction to Speaker was pending before a 5-judge bench in SC.

This was challenged in the Supreme Court.

The SC said that the HC erred in holding that the issue regarding Court's power to issue direction to Speaker was pending.

The bench said that the issue was answered in 2007 in Rajendra Singh Rana v. Swami Prasad Maurya (2007) 4 SCC 270 holding that the failure of Speaker to exercise his jurisdiction will attract the jurisdiction of judicial review.

Without noticing this judgment, a subsequent bench in S.A. Sampath Kumar v. Kale Yadaiah and Ors referred the matter to larger bench in 2016.

"It is clear from a reading of the judgment in Rajendra Singh Rana (supra) and, in particular, the underlined portions of paragraphs 40 and 41 that the very question referred by the Two Judge Bench in S.A. Sampath Kumar (supra) has clearly been answered stating that a failure to exercise jurisdiction vested in a Speaker cannot be covered by the shield  contained in paragraph 6 of the Tenth Schedule, and that when a Speaker refrains from deciding a petition within a reasonable time, there was clearly an error which attracted jurisdiction of the High Court in exercise of the power of judicial review."

In the facts of the case, the Court directed the Speaker to take a decision on the pending disqualification petitions within a period of four weeks from the date when the judgment is intimated to him.

The Court declined to decide the disqualification issue observing that the same should be first decided by the Speaker.