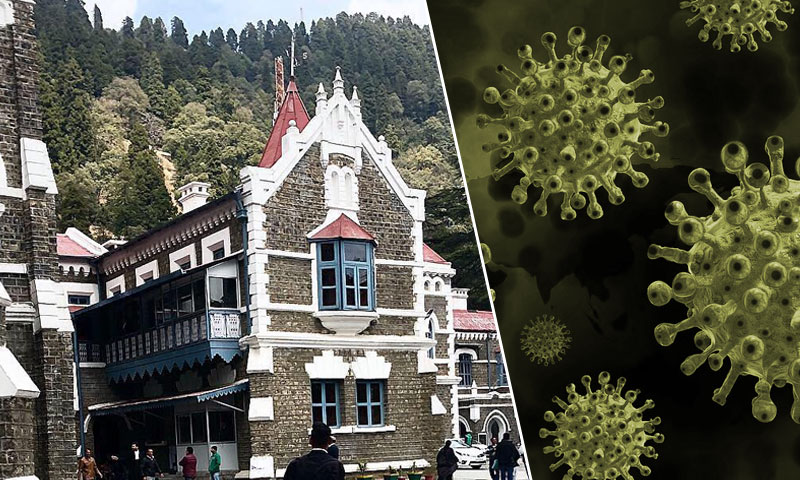 The Utttarakhand High Court on Monday pulled up the state government over its lack of preparedness to deal with the second wave of the COVID-19 pandemic."Despite the fact that in January 2021 the scientific community kept on warning about the second wave of the COVID-19 pandemic, the State did not pay any heed", a division bench comprising Chief Justice Raghvendra Singh Chauhan and Justice...

The Utttarakhand High Court on Monday pulled up the state government over its lack of preparedness to deal with the second wave of the COVID-19 pandemic.

"Despite the fact that in January 2021 the scientific community kept on warning about the second wave of the COVID-19 pandemic, the State did not pay any heed", a division bench comprising Chief Justice Raghvendra Singh Chauhan and Justice Alok Kumar Verma observed.

"Even though the State has been reeling under the pandemic for the last one and a half years, there seems to be lack of planning by the State to deal with the pandemic", the bench added.

"Unfortunately, for certain mistakes committed, for certain negligence shown, COVID-19 pandemic has taken gargantuan proportions, both in the State and the Nation", the bench noted.

The bench warned that as per the experts, the second wave is yet to peak and a third wave of the pandemic is also impending, which has the potential to affect children the most.

The bench stressed that the State government is required to anticipate future dangers and address the difficulties faced by people at present.

The Court recorded dissatisfaction at the affidavit filed by the State Health Secretary Amit Negi as it did not sufficiently explain the measures taken in compliance of the earlier directions regarding testing labs, hospital beds, oxygen availability, distribution of essential drugs etc.

It observed hat the affidavit of the State Government has been drafted "very cleverly" in places so as to scuttle this Court's previous orders. The Court noted that despite Haridwar being the epicentre of COVID-19 pandemic in Uttarkahand, there is not a single government lab there. The Court said that there was no clarity in the government affidavit as to when the Government will set up accredited labs in major cities. It also noted that due to insufficient number of labs, over 4,000 samples in Dehradun and over 2,000 in Haridwar and Nainital are yet to be analysed.

The Court also noted the alarming situation that many major hospitals in the state do not have the availability of oxygen beds.

The Court did not appreciate a submission made by the Advocate General SN Babulkar that the state's measures to protect right to health was subject to its financial limitations.

"In case of calamity and disaster, state cannot raise the defence of financial limitations. State cannot say that it does not have funds. The last penny in the exchequer must be devoted to protect the lives of people...Government being the father figure of all of us, must come forward and assure the citizens that they will be protected. That is the attitude government should have", the Chief Justice told the Advocate General.

"It is the foremost duty of the State to protect the lives of the people. Therefore it has to extricate every single drop of its strength and every single penny of its finances for protection of its people", the bench noted in the order.

The Court has issued the following directions :

The Court has directed the State to file a fresh affidavit, rectifying the lacunae pointed out in the present affidavit, by May 18. The matter will be next considered on May 20.

Though the Advocate General sought for time till May 25, the bench declined.

"We don't want to give a long rope. Frankly speaking, we are not happy with the way the Govt is handling the issue", Chief Justice Chauhan orally told the Advocate General.

Acknowledges the efforts of medical fraternity

The Court, in its order, appreciated the efforts taken by the medical fraternity to control the pandemic.

"People are grateful for the bravery and dedication, hardwork and efficiency shown by the medical fraternity in trying to control the impact of COVID19", the Court said.