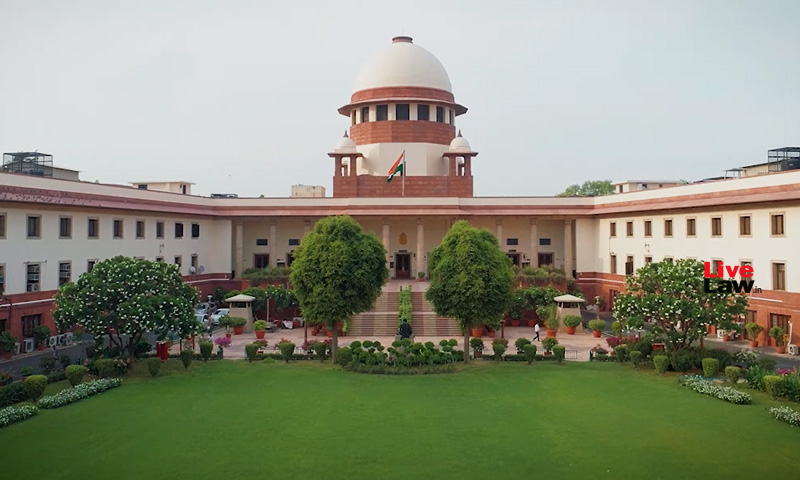 The Supreme Court on Monday repeated that the Central Government ought to take a humanitarian approach with respect to a 62-year old man, who has been detained in a foreigners detention camp for over 7 years, as he could not be deported to Pakistan after the country refused to acknowledge him as its national. "7 years he has been in detention. What will you do ultimately? You must...

The Supreme Court on Monday repeated that the Central Government ought to take a humanitarian approach with respect to a 62-year old man, who has been detained in a foreigners detention camp for over 7 years, as he could not be deported to Pakistan after the country refused to acknowledge him as its national.

"7 years he has been in detention. What will you do ultimately? You must also take a humanitarian approach," the bench of Justices DY Chandrachud and Surya Kant told Additional Solicitor General KM Nataraj.

On the last occasion, Justice Chandrachud had asked, "The question is, how long will you keep him?" to which the ASG had submitted that discussions were going on at the highest level.

On February 28, the Court had asked the Centre if it could consider allowing him to apply for Indian citizenship, having regard to the fact that he has lived most of his life in India and that all his three children are Indian citizens. The bench had also noted that he has served the 3-year sentence imposed under the Foreigners Act and has been lodged in a detention camp in Narela in NCR since 2015 awaiting deportation to Pakistan.

Today, ASG KM Nataraj, while referring to the affidavit filed by the Ministry of Home Affairs, submitted that since the man was an illegal migrant, he would not be eligible to apply for Indian Citizenship under Section 5 and 6 of the Indian Citizenship Act, 1955.

It was stated in the affidavit that the man was an illegal migrant who had been detained in detention center as per law and for want of confirmation of nationality status on part of the Pakistan authorities and he could not be released from the detention center unless he was deported to Pakistan.

"What happens if Pakistan Government does not take him?", asked Justice Chandrachud.

"Either he will have to apply for citizenship. But now we can't allow Pakistani to get citizenship. We can't provide shelter to Pakistanis",the ASG said. When the bench asked about possibility of grant of bail, the ASG said that the man was not under imprisonment and is in detention pending his deportation. "It's not custody in jail or anything, he's in detention awaiting deportation," replied ASG.

"Neither he has been deported nor retained but he has been detained. Detention cannot go on continuously," remarked Justice Kant.

"He has been in detention for 7 years. What will you do ultimately? You must also take a humanitarian approach. His children are here and the Habeas Corpus petition is by the daughter. You must also assess the threat perception in cases like this. 62 years old man, married here and have kids here," Justice Chandrachud added.

The judge while adjourning the matter told the ASG, "Forget the fact that you are appearing as ASG. Tell us how we resolve the problems on humanitarian basis in cases where there is no threat perception. This is not something which we have dealt with earlier."

Brief background of the case (as extracted from the petition)-
The petition was filed by the children of the detenu(Mohd.Qamar @ Mohd.Kamil) seeking his release from the detention camp.
It is submitted that Mohd. Qamar @ Mohd. Kamil was born in India in year 1959. He had gone with his mother from India to Pakistan as a child of around 7-8 years old in 1967-1968 on a Visa visit to meet his relatives. However, his mother died there, and he remained in Pakistan in care of his relatives. When he attained adulthood, he came to India on a Passport of Pakistan in around 1989-1990. Here he married one Shehnaaj Begum, an Indian citizen, in Meerut, Uttar Pradesh. In this wedlock, five children were born, including the petitioners.
However, Mohd. Qamar @ Mohd. Kamil has no documentary proof to show that he had gone with his mother to Pakistan in around 1967-68 and his mother died there and therefore, his story has not been believed. Nevertheless, the undisputed fact is that he came to India around 1989-90 on a passport of Pakistan and did not renew his Visa due to the lack of education and subsequently, got married here. He was doing the job of a laborer on 'Khairat' machines and other menial jobs and continued to reside in Meerut, Uttar Pradesh along with his family.
That the family of Mohd. Qamar has been residing in Meerut, Uttar Pradesh and his wife i.e. Shehnaaj Begum has been issued Aadhar Card by the UIDAI, Government of India. In addition, his two sons and three daughters were also born in India and are of Meerut, Uttar Pradesh and citizens of India.
Mohd. Qamar, father of the Petitioners was arrested on 08.08.2011 on a complaint at Khair Nagar, Meerut, Uttar Pradesh. As mentioned above, he was prosecuted under section 14 of Foreigners Act on the basis of an FIR No. 250 of 2011, P.S. Delhi Gate, Meerut. The principal allegation was that Mohd. Qamar was residing in India after expiry of his Visa. He was convicted in the Criminal Matter 1410 of 2012 on 02.09.2014 and sentenced for simple imprisonment of 3 years and 6 months and a fine of Rs. 500/-.
He completed his sentence on 06.02.2015 and was sent to Detention Centre at Lampur, Narela, Delhi on 07.02.2015 for deporting him to Pakistan. However, the Government of Pakistan did not accept his deportation to Pakistan and he is still languishing at the Detention Centre for the last 7 years.