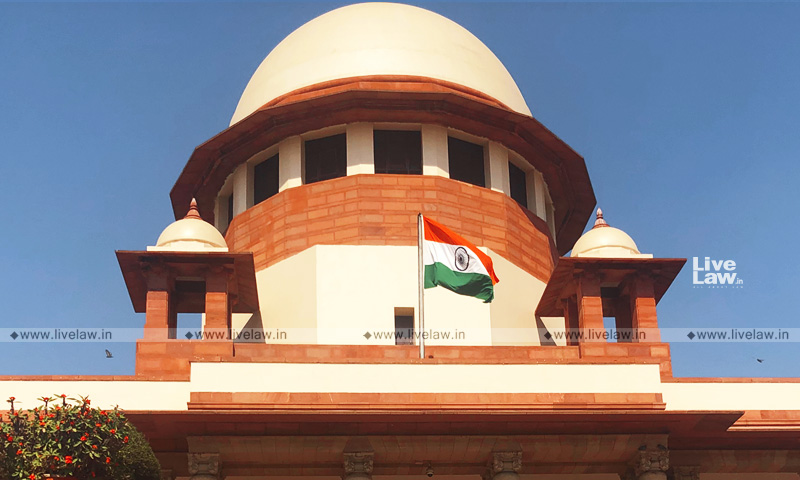 The Supreme Court on Wednesday (September 15, 2021) while dealing with a special leave petition challenging Uttarakhand High Court's order of dismissing a writ that sought speedy disposal of a criminal case filed in 2014 came down heavily on the trial court for its failure to frame charges due to 78 adjournments irrespective of taking cognizance almost seven years back. The bench...

The Supreme Court on Wednesday (September 15, 2021) while dealing with a special leave petition challenging Uttarakhand High Court's order of dismissing a writ that sought speedy disposal of a criminal case filed in 2014 came down heavily on the trial court for its failure to frame charges due to 78 adjournments irrespective of taking cognizance almost seven years back.

The bench of Justices AM Khanwilkar, Dinesh Maheshwari and CT Ravikumar while directing the Trial Court to proceed in the matter without any further delay and ensure conclusion of trial not later than six months observed,

"We are required to issue this direction as we have noticed that the Trial Court, despite having taken cognizance almost seven years back, has not moved in the matter even an inch thereafter, including to frame charges, as may be necessary, despite 78 adjournments in the case."

Directions were also issued to the Investigating Officer to ensure availability of witnesses on the scheduled dates for being examined by the Trial Court.

Dr Atul Krishna (petitioner in the present case) had filed an FIR against Respondent 2 to 4 for offences under section 20, 406, 467, 468 and 471. Upon completion of investigation, a charge sheet was filed by the police on May 19, 2014 and the Trial Court took cognizance on June 28, 2014. Although the respondents had complete knowledge of the proceedings, they kept on delaying the trial on one pretext or another.

Aggrieved by the delay, the petitioner preferred a petition u/s 482 CrPC before the Uttarakhand High Court seeking directions to the Trial Court for expeditious disposal of the case. However the High Court on March 18, 2015 disposed the petition by allowing the petitioner's prayer and requested the Trial Court to make an endeavour to decide the case as early as possible. Irrespective of the decision, the Respondents delayed the trial on one ground or the other.

Krishna, again approached the High Court in 2020 seeking direction from the High Court for expeditious disposal but the same was dismissed on December 23, 2020.

Aggrieved by the High Court order, Dr Atul Krishna approached the Top Court by way of a special leave petition filed through Advocate on Record Vivek Singh averring that the High Court gravely erred in not appreciating that the second writ was maintainable as entirely a new cause of action had arisen in 2020 in as much as despite High Court's order the trial had not proceeded any further in 6 years and 78 hearings.

The petitioner also argued that the High Court did not appreciate that the instant case was an example of travesty of justice.

"In facts of the instant case where no charges had been framed in 7 years, the High Court ought to have passed a suitable direction/ orders to avoid any further delay/ unnecessary adjournments in the trial of the case and to ensure meeting of ends of dispensation of justice," the petition also stated.

The Top Court on March 24, 2021 had issued notice in the SLP. Taking note of the fact that despite best efforts, respondents could not be served, the Top Court on August 2, 2021 directed the State to move an application for cancellation of the bail of the respondents.

Directions were also issued to the Trial Court to immediately pass orders on bail cancellation application.

Directions were also issued to the respondents to immediately surrender before the Trial Court within 2 days.

On September 15, 2021 the Court while disposing the SLP took into consideration Respondent's submission that although no notice was served on them at all but in compliance with the Court's direction they had already surrendered and were presently in custody.

Taking overall view of the matter, the Top Court also issued directions for enlarging the respondents on bails on the terms and conditions imposed by the Trial Court and directed them to extend full cooperation to the Trial Court for early disposal of the trial.

"In case, the Trial Court is of the opinion that the private respondents are not cooperating in the progress of the trial or are taking unnecessary adjournments, it must record that opinion in the roznamcha and if that is a persistent approach of the private respondents, it will be open to the Trial Court to consider cancellation of bail in accordance with law," Court also observed.