'This Is The Height of Police Apathy': Delhi HC Directs Proceedings Against Police Officers For Not Registering FIR On Complaints of Abuse and Harassment of a Dalit Man [Read Judgment] 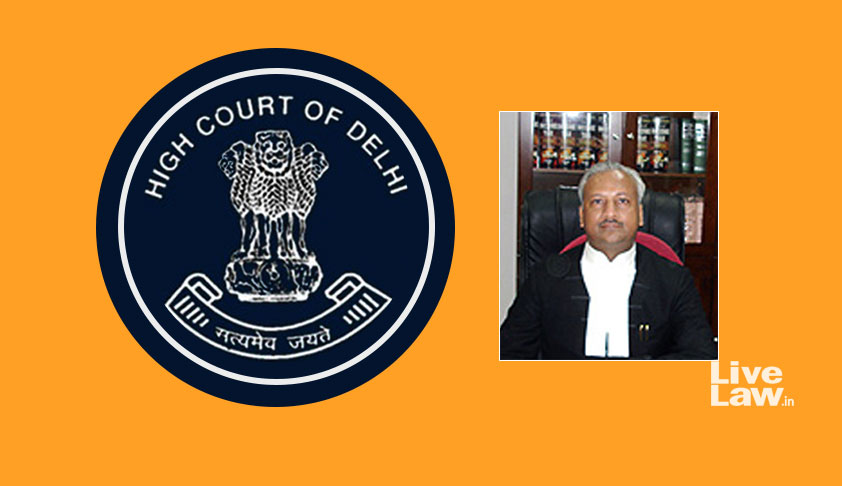 The Delhi High Court has directed for initiating proceedings against police officers, under section 4 of the SC/ST (Prevention of Atrocities) Act, who willfully did not register the FIR upon receiving complaints of abuse and harassment of a Dalit man. While directing the trial court to initiate proceedings against such police officers, the Single Bench of Justice Suresh Kait noted that...

The Delhi High Court has directed for initiating proceedings against police officers, under section 4 of the SC/ST (Prevention of Atrocities) Act, who willfully did not register the FIR upon receiving complaints of abuse and harassment of a Dalit man.

While directing the trial court to initiate proceedings against such police officers, the Single Bench of Justice Suresh Kait noted that the aggrieved Dalit man ran from pillar to post to get justice, but the present case exemplified the hight of deafness of Delhi Police, especially the SHO of the concerned police station.

The present criminal appeal was moved under section 14 on the SC and ST (Prevention of Atrocities) Amendment Act, 2015, as well as under section 482 of the Criminal Procedure Code, for setting aside of an Order dated 05/06/18 passed by the Additional Sessions Judge, Saket.

Allegations in the complaint

An accomplished international equestrian, the appellant moved the court claiming that he was continually harassed and criminally intimated for his identity as a person belonging to a Schedule Caste.

He contended that the defendants, who belonged to privileged socio-economic and elite backgrounds, publically humiliated, threatened and abused him by using derogatory casteist slurs, as well as criminal intimidation.

The defendants were alleged to have formed a WhatsApp group to plot an acid attack on the appellant, and to torture and kill his trainer, and his counsel in this case - Mr Kapil Modi.

On 22.04.2018, Kapil Modi registered a complaint in Fatehpur Beri police station. In this complaint, he alleged: "Plan of Acid Attack on my Schedule Caste student Prashant (aka Praveen Kumar)". However, the Police did not take any action on the said complaint.

After this, one of the defendants allegedly called up the appellant and threatened him for lodging the complaint by saying that she'll get him beaten up by police.

Fearing his life and safety, appellant went to register a complaint on 29.04.18 at the same Fatehpur Beri police station, but the police officials allegedly refused to register his complaint and turned him away. The appellant also tweeted a cry for help and justice to both the Prime Minister as well as Commissioner of Delhi Police.

However, the said Magistrate adjourned the matter for 2 months after directing the police to file an Action Taken Report. Appalled by this order, the appellant moved an application seeking a shorter date but the same was orally dismissed by the Magistrate.

Subsequently, the appellant also wrote letters to the Police Commissioner as well as the Chief Justice of India highlighting how the subordinate courts are ignoring the cause of providing justice to Dalits.

Appearing for the appellant, Mr Kapil Modi argued that the concerned ASJ in utter disregard, willfully neglected their duties prescribed under section under Sections 5 and 4 r/w 15A(8) (C) of SC & ST Act r/w Rules 5 & 7 of the Rules 1995 and most importantly in utter disregard and knowingly disobeying the directions of Hon'ble Supreme Court judgment in Lalita Kumari vs. State of Uttar Pradesh.

Section 4(2)(b) of the said Act states that: "it is the duty of the public servant to register a complaint or first information report under this Act and other relevant provisions and to register it under appropriate sections of this Act."

He further submitted that presiding officers of both the courts below failed to discharge the judicial duties judiciously and not being sensitive to the intention of the statute with due diligence and passed erroneous orders.

While raising objections on Mr Kapil Modi's authorised representation of the appellant, the state's counsel argued that the appellant never lodged any complaint with the Fatehpur Beri police station. Rather, the complaint from the Commissioner's office on 31/05/18.

The state further submitted that the complaint was unsubstantiated, lacked a prima facie case under the SC/ST Act, and looked more like an afterthought to counter the allegations put up by the defendants.

Lastly, it was argued by the state that there was no willful neglect of the police officials named in the present case as at the time of the alleged incident, the directions of the Supreme Court were to first initiate an enquiry before registering a case under Prevention of Atrocities on ST/SC Act.

To begin with, the court rejected the argument challenging Mr Modi's appearance in the present case under section 15 by noting that in a letter issued by National Campaign on Dalit Human Rights, Mr. Kapil Modi‟s contribution have been recognized along with the International Dressage Development League for their significant contribution in making the Olympic sport of Dressage accessible to Dalits via the IDDL competition platform.

'It is further stated in said letter that in India, Dalit men and boys are beaten and murdered for riding a horse. The contribution of Mr Kapil Modi and the IDDL in achieving the constitutional goal of equality for Dalit horse riders is greatly appreciated by the NCDHR.'

Therefore, the court found Mr Modi competent to represent the appellant in the present case.

After taking the facts of the case into consideration, the court observed that:

'there was an imminent danger of the life and persons of the appellant. He lost his peace of mind because being in reasonable apprehension of danger to his person and completely disturbed and perturbed fearing acid attack from the alleged accused persons. Moreover, there was reasonable and bonafide belief that evidence in electronic form may be destroyed or tempered with.'

The court also noted that as per the Supreme Court's judgment in Subhash Kashinath Mahajan's case, preliminary enquiry must be conducted within 7 days, whereas in the present case, enquiry report was submitted by the ACP on 18.06.2018 i.e. after 59 days. Therefore, the court observed, while there was embargo on registering FIR for offences under SC/ST Act, there was no embargo for registering FIR for other offences.

The court further went on to highlight that allegations falling under SC/ST Act, the SHO of Police Station Fatehpur Beri was duty bound to entertain complaint and perform his duty required to be performed under section 4(1) and 4(2) of the SC/ST Act, however, he failed to do so. Moreover, the courts below have ignored the above facts.