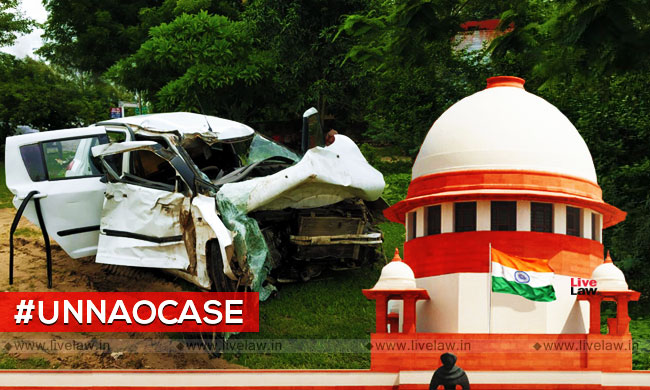 The Supreme Court on Monday granted CBI an extension of 2 weeks to complete its probe into the road accident of the Unnao rape survivor and her lawyer. On being informed that the lawyer continues to be in a critical condition, the apex court directed the UP government to pay an interim compensation of ₹5 lakh to help meet his medical expenses.

On August 1, a bench led by CJI Ranjan Gogoi had asked the investigation agency to complete its probe within 14 days. CBI submitted its status report yesterday and sought an extension of 4 weeks in court today. It was submitted by CBI that the statements of both the rape survivor and her lawyer were key to the investigation, and their medical condition did not allow the same to be recorded at this point. After consideration, the bench agreed to grant 2 weeks' time for now and posted the matter for September 6. The bench further advised the family of the survivor not to go public with any statements and, in case of any concern, to appraise them through their lawyer.

The SC also transferred the Unnao cases to the Court of Delhi District Judge Dharmesh Sharma and ordered the completion of trial within 45 days.

The rape survivor, who was traveling from Unnao to Rae Bareli with two aunts and her lawyer met with a horrific accident on July 28. A speeding truck collided with their car and claimed the life of both her aunts while she and her lawyer continue to be in critical condition. The CBI has been investigating the possibility of conspiracy and foul play behind the road accident, as BJP MLA Kuldeep Singh Sengar is the prime accused in the 2017 rape case.