"We Also Don't Agree With What Petitioner Said But Does It Mean You Break Her House? You Are A Leader, Have Some Grace"; Bombay HC Tells Sanjay Raut's Lawyer 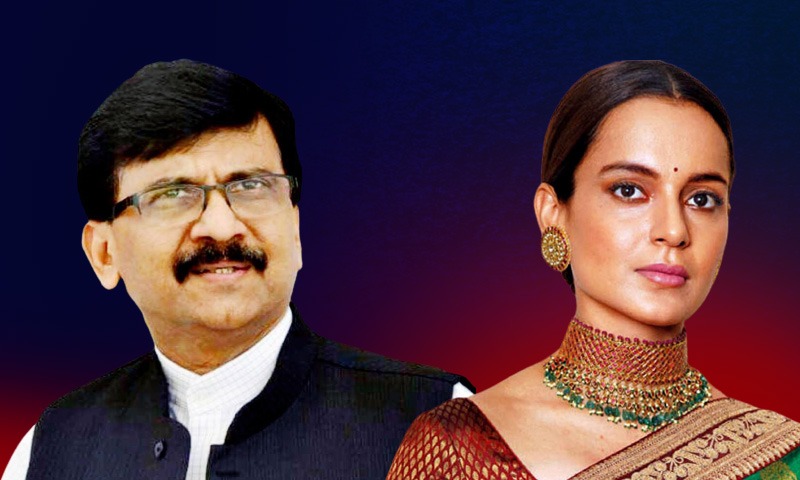 The Bombay High Court on Tuesday told Rajya Sabha MP and Shiv Sena's Chief Spokesperson Sanjay Raut to show some grace and questioned him on the language used against the petitioner Kangana Ranaut in a interview he gave to newsnation wherein he allegedly referred to her as "haramkhor ladki'.Division bench of Justice SJ Kathawalla and Justice RI Chagla began hearing the matter at 3 pm and...

The Bombay High Court on Tuesday told Rajya Sabha MP and Shiv Sena's Chief Spokesperson Sanjay Raut to show some grace and questioned him on the language used against the petitioner Kangana Ranaut in a interview he gave to newsnation wherein he allegedly referred to her as "haramkhor ladki'.

Division bench of Justice SJ Kathawalla and Justice RI Chagla began hearing the matter at 3 pm and was informed immediately by Advocate Aditi S that her senior Advocate Pradeep Thorat who is appearing on behalf of Sanjay Raut will be unable to join the hearing as his father in law has passed away today.

Moreover, Advocate Aditi submitted that she has been instructed by Adv Thorat and that she can make her submissions, to which Justice Kathawalla responded saying- We can hear his submission tomorrow as well.

At this point, Senior Advocate Anil Sakhare appearing on behalf of MCGM's Designated Officer Bhagyavant Late, who was made party in the case after petitioner alleged mala fides against him, began his submissions.

Sakhare clarified that he would be addressing the Court only on the contention of mala fides. Referring to allegation made by the petitioner that in retaliation to her tweet on September 5 criticising the Mumbai Police, an interview was given by Sanjay Raut wherein he abused her and around the same time the Corporation visited her bungalow, Sakhare argued -

"The petitioner has lied. Her first tweet on September 5 is of 5:12 pm. However, my officer (the Mukadam) has visited the site at 1 pm, four hours prior to the tweet."

Moreover, referring to submissions by the petitioner that the MCGM's actions were a counterblast and a consequence of displeasure of persons in power, Sakhare relied on judgments of the Supreme Court and submitted-

"The petitioner has miserably failed in proving either. The forum for arguing malice in fact is different. Party alleging malice, in fact, has to set up evidence, enter a witness box, the party should have the opportunity to cross-examine, lead oral evidence, then a civil court can adjudicate whether there is malice in fact or not. The remedy of a civil suit is appropriate where allegations of malice in fact are argued. Article 226 petition need not be entertained."

"In the present case, the petitioner has no case on merits and she is unable to prove her case on facts or law, so what do you do? You make serious allegations against the party in power, against officers of a statutory body like MCGM, do not provide any fact or material but expect the Court to link the case through tweets etc. This is so unreasonable. All case laws go against the petitioner.

I have no ill will towards the petitioner nor am I affiliated to any political party, I was simply discharging my duty."

"We have a very simple question to ask you Mr Sakhare. What was this designated officer doing before they rushed on September 5? What were they doing when the entire exterior work was being carried out? What made you go only now?"

Our case is that the work carried out at the petitioner's property was ongoing, Sakhare replied.

"We have to be very gullible to accept all this", Justice Kathawalla said.

Thereafter, Sanjay Raut's counsel Advocate Aditi S contended that her client is not concerned with this demolition matter and that there was no threatening message given him. He only said that the petitioner is very dishonest and that the media is supporting such dishonest people.

Kathawalla J: So you agree he made the remark about her (Kangana)?

Adv Aditi: Yes your Lordship but he did not mean that, he meant that the petitioner is dishonest....

(Note: Court was referring to the video clip of Raut abusing Kangana calling her haramkhor ladki and when the reporter asked him whether law will be broken, Raut said- Kanoon kya hota hai?)

Kathawalla J: "Even we do not agree with what the petitioner said (referring to her tweet about Mumbai), but that does not mean that we will demolish her house. Is this the way. We are all Maharashtrians here and proud to be Maharashtrians, but this is not the way to react. Your client is not an ordinary citizen, he is a leader.

Adv Aditi: Yes my lords, he should have been more responsible in making statements but ultimately he had no intention to disrespect law or the Court.

Kathawalla J: You have to show grace, you have to set an example for others. Of course under four corners of law you can always take action but is this the way to address?

Thereafter, the bench heard Dr.Saraf briefly. Dr.Saraf pointed out that the Corporation has failed to answer the following important questions-

-Where is the detection report?

- Why mukadam took no photos, and why they first lied about the mukadam taking photos?

- There are discrepancies in documents filed by BMC

- The names of the workers alleged to have been present

The matter was adjourned for hearing to Monday, October 5. All parties have been asked to place their written submissions on record.