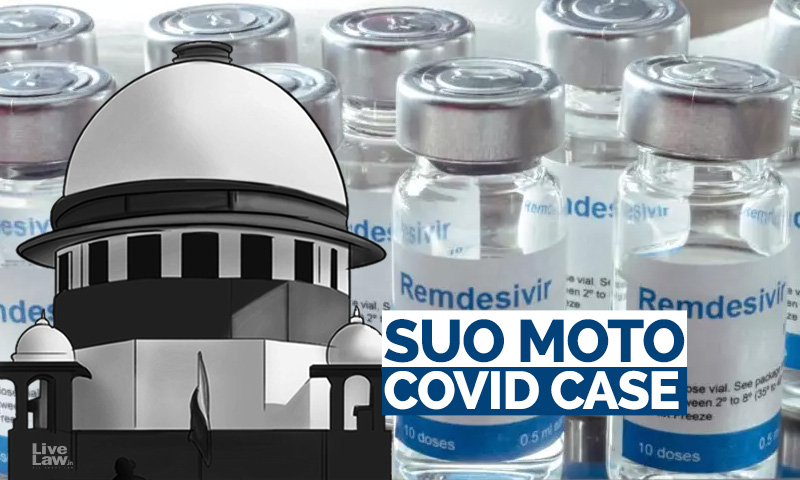 The Supreme Court on Friday asked the Central Government why it was not considering invoking the powers under the Patents Act for compulsory licensing or government authorized use for drugs like Remdesivir, Tocilizumab, Favipiravar, which are used for treating COVID-19 patients.A bench comprising Justices DY Chandrachud, L Nageswara Rao and S Ravindra Bhat raised the query while considering...

The Supreme Court on Friday asked the Central Government why it was not considering invoking the powers under the Patents Act for compulsory licensing or government authorized use for drugs like Remdesivir, Tocilizumab, Favipiravar, which are used for treating COVID-19 patients.

A bench comprising Justices DY Chandrachud, L Nageswara Rao and S Ravindra Bhat raised the query while considering the suo moto case on COVID-19 issues (In Re Distribution of Essential Supplies and Services During Pandemic).

"Has the Centre considered invoking Section 92 of Patents Act and issue compulsory licenses so that drugs can be manufactured while royalty is sorted?", the bench asked the Solicitor General Tushar Mehta.

The bench asked the Centre to explain why the Court should not issue orders to invoke Section 92 or Section 100 of the Patents Act to enable manufacture of generic drugs with respect to Remdesivir, Tolicizumab etc.

"This is an exact case where we should go for compulsory licensing. This is a situation of Public Health Emergency", Justice Ravindra Bhat observed during the hearing.

Justice Bhat also observed that India was in the forefront of TRIPS negotiations regarding provisions on compulsory licensing, and the present scenario was perhaps a fit case for using it. He also mentioned the NATCO case, where the India Government granted compulsory license to Hyderabad-based drug producer Natco to produce a life-saving drug for kidney cancer which was patented by German company Bayer.

"We were the first country to issue compulsory license in the NATCO case, where a life saving drug was involved. In view of the prevailing national emergency, a case is made out under section 92(3) of the Patents Act (for compulsory licensing)", said Justice Bhat.

Justice Bhat was quick to add, "Of course, we do not mean it as a direction, only as an ongoing dialogue".

"States like Germany, Canada and France have all issued compulsory licenses in respect of essential drugs. The government can even takeover (the invention) under section 100 of the Patent Act or there can be licensing through the patent controller", continued the judge.

The bench also highlighted that the Central Government has powers under the Drugs Control Act to regulate the prices of drugs.

The bench also posed serious questions regarding the dual-pricing policy of the Centre as regards COVID vaccines, which allows different prices to be charged on vaccines sold to Centre, States and private hospitals. The bench raised concerns if the private companies will be able to ensure equities between States.

"Do not leave price fixing and distribution to private manufacturers", the bench observed.

"We can't follow this private sector model in the times of crisis. Yes we have to incentivise them but we must follow the National Immunisation Programme. How will the private sector know how much to give to Maharashtra or Uttarakhand or Manipur or Gujarat. You can't leave this to the manufacturers. This is equity over public goods. You need to pick up the responsibility for this", Justice Chandrachud told the Solicitor General.

The bench also pointed out that the AstraZeneca drug was being sold at much cheaper rates in United States and Europe than in India. It asked why the vaccines are priced at the present rate when their manufacture was supported by government grants.

The matter will be next considered on May 10. The Centre has been asked to respond to the points raised by the bench.

Recently, the Delhi High Court had also suggested that the Centre should consider compulsory licensing of COVID-19 drugs.

A division bench comprising Justice Vipin Sanghi and Rekha Palli had observed in the order passed on April 20 as follows :

"Looking to the present day situation, there can be no doubt that a case is made out for exercise of its power by the Central Government/ Controller under the aforesaid provisions of law. At the same time, the interests of the Patent holders/ licensees should be kept in mind, since it on account of their investments, inventions and hard work that such like medicines are made available to the public at large. The best course would be encourage the existing manufacturers to ram pup their productionon a warfooting. They should also be encouraged to grant voluntary licenses to other entities to manufacture the requisite drugs. However, if such efforts do not fructify soon enough, the Government/ Controller should not hesitate to invoke their jurisdiction and powers under the aforesaid provisions of the Patents Act, since the lives of thousands of people are being lost each day in the country due to COVID. The lives of the people take priority over everything else. Even if such like powers are exercised, the patent holders/ manufacturers can be adequately compensated by fixation of fair license fee. The Central Government should swing into action in terms of this order in this regard without any delay, and report progress on the next date of hearing".

Also happened in the hearing :