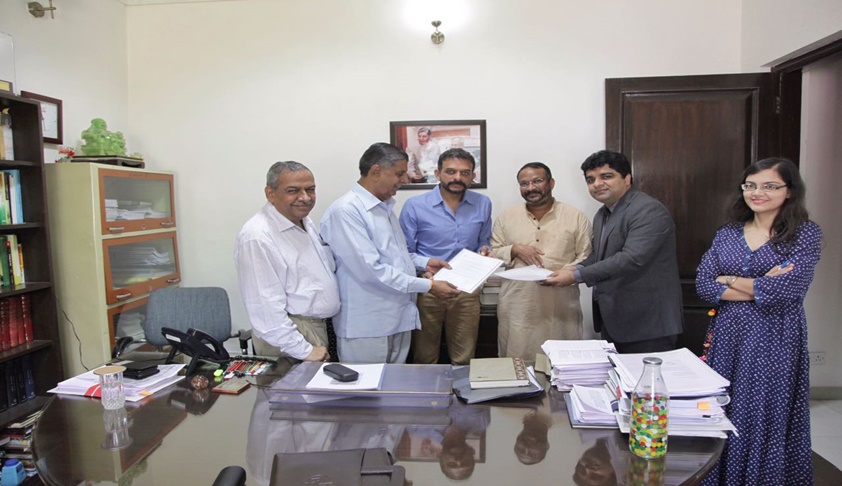 Amidst debate on achieving uniformity in Indian society with a Uniform Civil Code, Law Commission chairman Justice BS Chauhan (retired) has been presented with the draft of a ‘ progressive uniform civil code ’ that provides for live-in and homosexual relationships, and has ruled out any kind of gender-based discrimination.

The draft-code rules out all discrimination between man, woman or a transgender in a marriage or a partnership in issues such as divorce, adoption, child custody and inheritance.

The draft was presented to Justice Chauhan by Dushyant, Krishna and Wilson.

The initiative has been supported by legal luminary and former Attorney General Soli Sorabjee, who forwarded the draft to Justice Chauhan, saying, “Any step ahead to bring everyone on the same page must be progressive and enlightened.”

“The Law Commission should obviate any apprehension that anything uniform would be majoritarian. Besides, its recommendations need to be far-sighted and progressive,” said Sorabjee in his letter, adding that, “I think this draft would be a step in that direction and is worthy of the Commission’s consideration”.

The draft code states that the resolve of upholding India as a Sovereign, Socialist, Secular, Democratic Republic cannot be honoured until the discrimination entrenched in all personal laws is consigned to the ash heap of history.

Besides marriage, the draft defines partnership or live-in relationships and includes transgenders, homosexuals and bisexuals.

It provides for all marriages to be compulsorily registered in the urban local body.

In the provision of marriages, it provides legal sanctity for non-heterosexual marriages too, which are not accepted in any personal law.

With live-in relationship having received a nod from the highest court years ago and the presumption of law holding any two persons living together as man and wife to be so considered, the draft also provides that no one should enter into two such partnerships simultaneously, just like the Hindu Marriage Act provides against second marriage during the subsistence of first marriage.

On the issue of adoption, the draft provides for all couples, whether married or in a partnership, to adopt a child, irrespective of their sexual orientation.

With the triple talaq issue being a subject matter of debate for long, the draft specifically mentions that “no non-judicial decree of divorce will have any legal effect”.

The draft also takes into account the settled law that in matters of child custody, the best interest of child in of paramount importance and also adds that religion and sexual orientation of the custodial parent will not be a relevant factor in such cases.

Dushyant speaks of how personal laws for Hindus,  Christians and Parsis are codified and while those for Muslims, Tribals and Adivasis remain un-codified but  whether codified or un-codified, they set discriminatory terms for marriage, divorce, child custody, inheritance, guardianship.