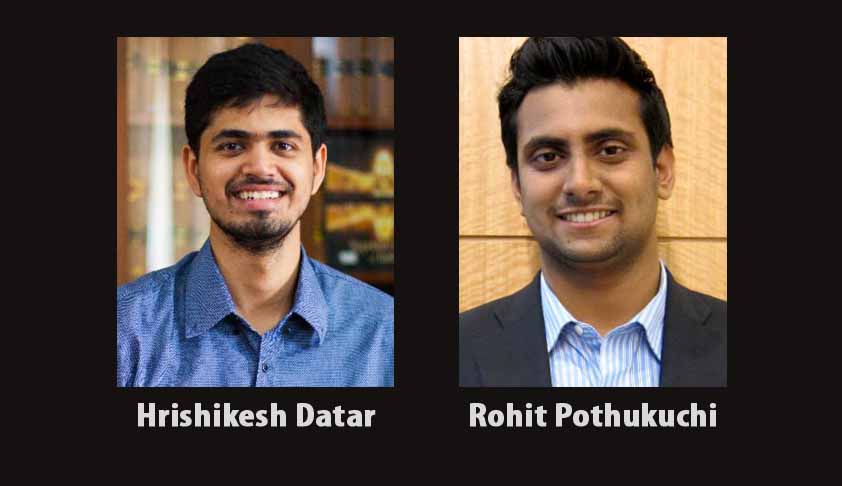 Two lawyers from India, Mr. Hrishikesh Datar and Mr. Rohit Pothukuchi have made it to the revered Forbes 30 under 30 Asia List.

Mr. Datar, an alumnus of the National Law School, Bangalore, founded vakilsearch.com following an interaction at IIM-Bangalore that addressed the need for a comprehensive portal to address legal needs. In developing the portal, he received technical help from Karthik Kolli from IIT-Madras and Tech Garuda, a boutique IT firm in Chennai. Founded in 2011, the company has since served over 150,000 customers.

Mr. Pothukuchi is the Founder and Chief Editor of Standard Indian Legal Citation (SILC). He graduated from NALSAR, Hyderabad, in 2013, and serves as an Affiliate Student Research Fellow, Harvard Law School Program on the Legal Profession.

The SILC standard was conceived by Mr. Pothukuchi, Supreme Court Advocate and former Executive Editor of the Journal of Indian Law and Society Shambo Nandy, and Journal of Telecommunication and Broadcasting Law Executive Editor Debanshu Khettry, with a team of editors and advisory members. The system has been recognized by Harvard Law School as one of six citation standards and the only citation manual from Asia.