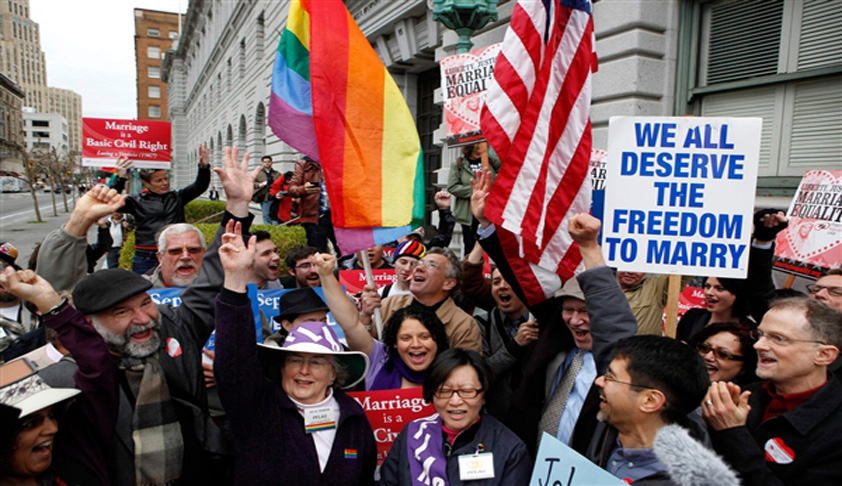 US Supreme Court has struck down section 3 of the Defense of Marriage Act (DOMA) as it was violative of the Fifth Amendment.  Section 3 limited the definition of marriage as between a man and a woman for the purposes of federal benefits. This landmark judgment will now give federal benefits to gay couples and clear the way for same-sex marriage in California.

The Supreme Court said, "The power the Constitution grants it also restrains. And though Congress has great authority to design laws to fit its own conception of sound national policy, it cannot deny the liberty protected by the Due Process Clause of the Fifth Amendment."

The Supreme Court further said, "The class to which DOMA directs its restrictions and restraints are those persons who are joined in same-sex marriages made lawful by the State. DOMA singles out a class of persons deemed by a State entitled to recognition and protection to enhance their own liberty. It imposes a disability on the class by refusing to acknowledge a status the State finds to be dignified and proper. DOMA instructs all federal officials, and indeed all persons with whom same-sex couples interact, including their own children, that their marriage is less worthy than the marriages of others."

However, four judges dissented with the majority opinion and three of them wrote separate judgments.

Image from here. Graph from BBC.